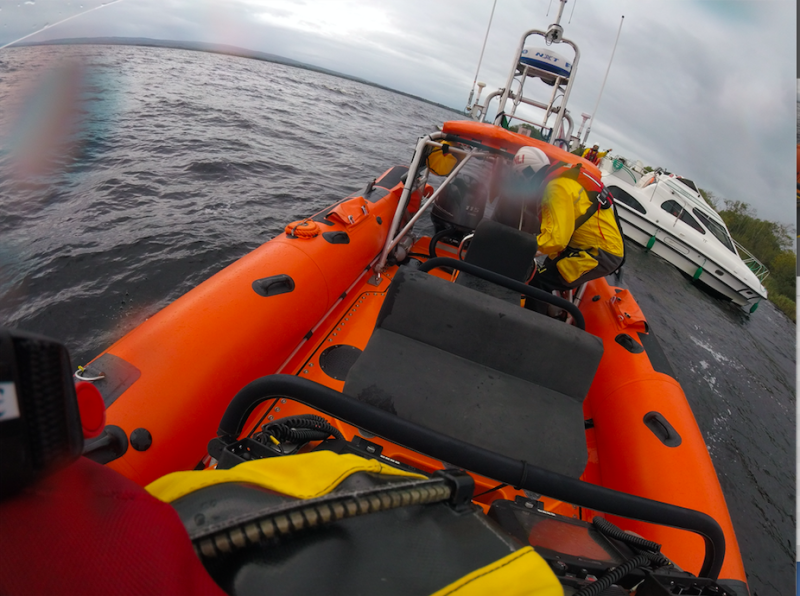 Lough Derg RNLI based in Dromineer received its fourth call out in as many days when on September 10, it was tasked by by Valentia Coast Guard to assist four people on a 36ft cruiser aground in Youghal Bay on the south-eastern shore of the lake.

At 5.08pm, the lifeboat launched with helm Owen Cavanagh, Steve Smyth and Keith Brennan on board. Visibility was poor with frequent squally showers. Winds were southwesterly, Force 3/4.

The casualty vessel was located on the north-eastern shore of Youghal Bay, an area known to be particularly peppered with rocks and sudden shallows.

The RNLI lifeboat volunteers took soundings close to the location of the casualty vessel and carried out an anchoring and veering down manoeuvre to the cruiser.

The lifeboat was alongside at 5.19pm.

All four passengers were found to be safe and unharmed and wearing their lifejackets.

An RNLI crew member transferred to the casualty vessel, and once satisfied that the vessel was not holed set up for a tow.

At 5.46pm the lifeboat had the casualty vessel off the rocks and out into safe water, where drives and rudder were found to be in good working order.

The lifeboat accompanied the cruiser with her passengers and an RNLI crew member on board to Dromineer Harbour where the vessel was safely tied alongside at 6.13pm.