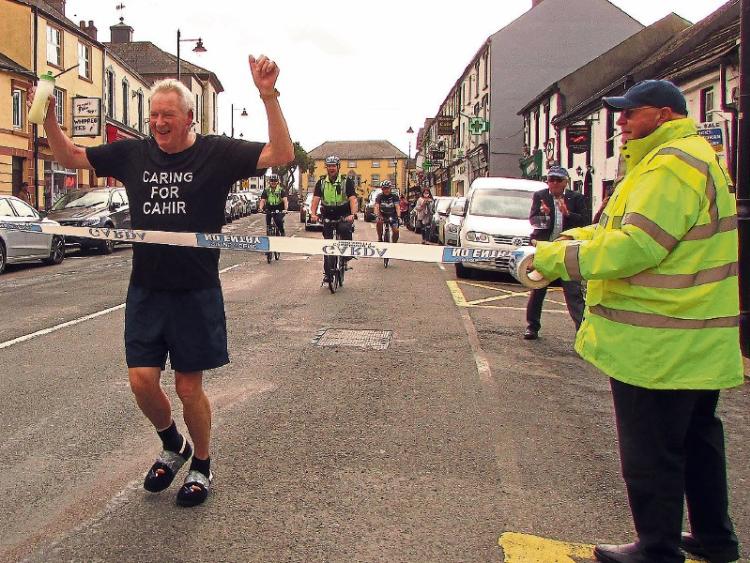 A true champion... John Quirke crossing the finish line after the 3k run

A heavy shower first thing in the morning did not dampen the spirits of local Jeweller John Quirke who had trained in the local gym in preparation for his fundraiser that took place last Saturday (September 5) in Cahir.  John wanted to raise funds for 2 local charities, Cahir girl Mandy Doyle who is currently undergoing treatment for Leukaemia and Cahir Day Care Centre. Originally the event was to take place on August 21 but when new government restrictions were announced the week before, John put all plans on hold until permission was given for the fundraiser to go ahead.

Mindful of the need to social distance and keep numbers of people to a minimum the start of the event was strictly for those who were participating in any way and the recipients of any funds raised on the day. Small groups of people met John at various locations on his travels around the town so no large crowds would gather and many businesses and locals came out to cheer John on from their doorsteps and it helped that the weather held. There were several funny quick stops including a class of Guinness at Cahir House Hotel, the theft of a jacket from Mr Mister and subsequent Garda chase by Sgt Moloney and a few others too. But John was done and dusted with the cycle & run by 12.30 after a 10.30am start. Unfortunately the Guinness slippers are worn through and are now retired!

SO MANY PEOPLE TO THANK FOR SO MUCH 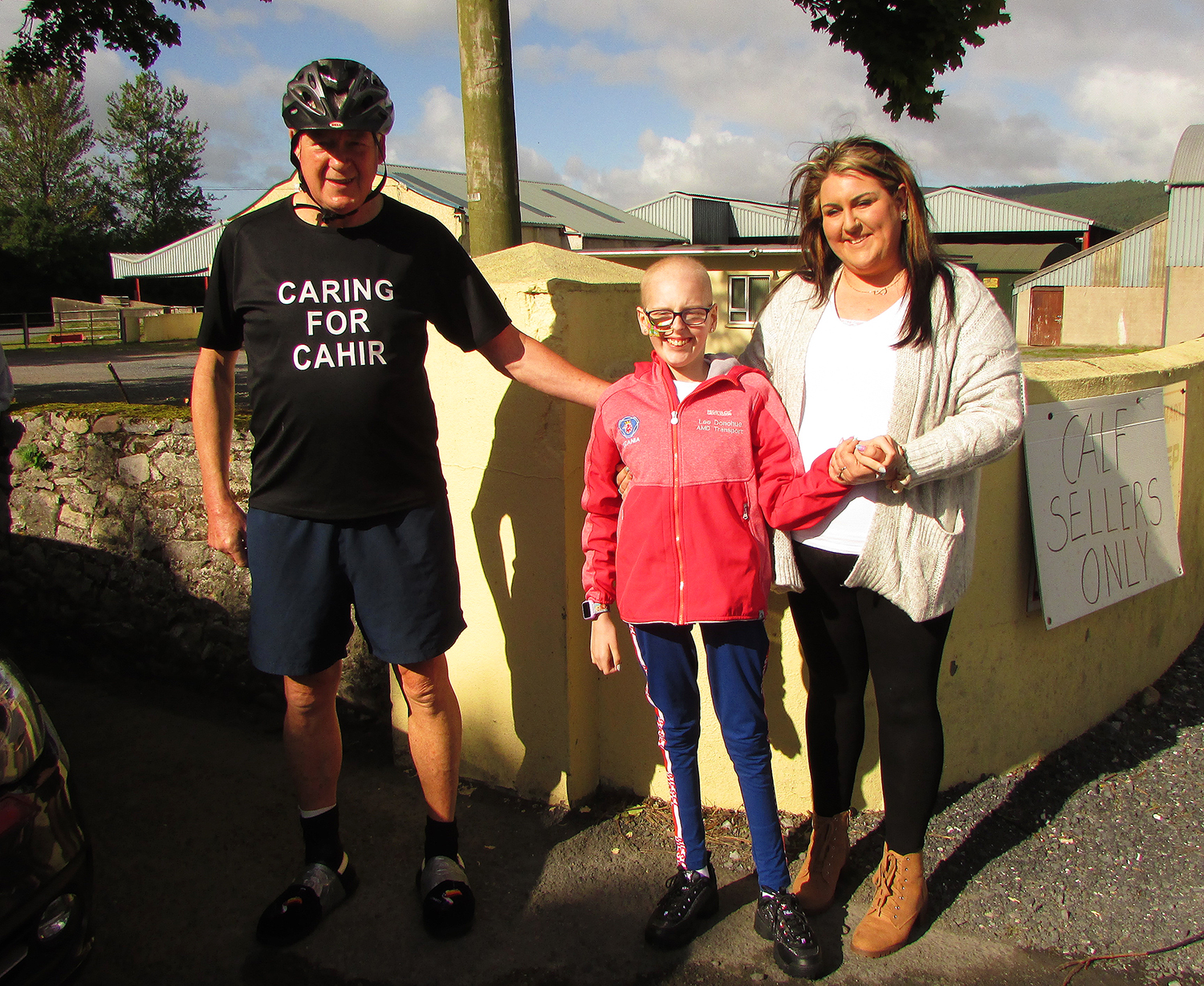 John Quirke at start of cycle with Mandy Doyle and her mother Linda.

John would like to inform everyone that already the target of €3,000 has been exceeded and with the go fund me page still live until the end of September and monies still coming in, a final figure will be announced in due course.

So if any local businesses or people wish to make a donation, you can still do so on www.gofundme.com/ f/caring-for-cahir

The video of the event will be out shortly. But it has to be vetted by the Donald J. Trump Election Team to make sure that there isn’t any false or fake news content before going on general release! So watch this space for more details.