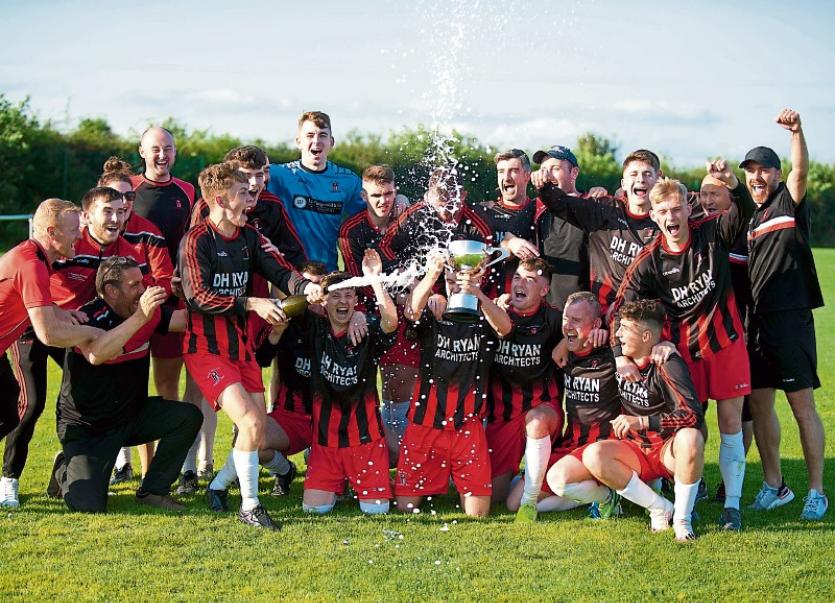 Peake Villa breached a five-year gap when they won the Tipperary Cup on a sunny but windswept day that the Tower Grounds in Thurles on Sunday.

Unfortunately, due to the current Covid 19 conditions there were no supporters to see the game, but those who watched the online stream put up by the club were happy to see the victory after a game that was in the melting pot for much of the afternoon.

The game had not really got into its stride when the home side struck the first blow. A drive by Dale Loughnane into the Cahir half saw a pass to Pippy Carroll cut out by a foul on the Villa forward and he stood up to curl the resultant free kick into the corner of the net in only the third minute.

After that both sides settled down and the first half turned out to be a dour midfield battle. The home side created a number of half chances, with both Carroll and his partner in chief Ronan Maguire firing some shots that were well dealt with by Adam Gallagher in the Park goal. At the other end of the pitch, Alan O’Donnell and Rhys Byron were busy down the wings creating chances for Kenny Cunningham and Shane Murphy, but Willie Tierney in the home goal was never really tested and the game went to the break with the hosts a goal ahead courtesy of that early effort.

The second half started with the visitors coming out of the blocks hard in trying to get back on terms and eight minutes after the restart Alan O’Donnell won a ball on the right wing and fed Willie O’Dywer in space in the middle to drive at the home defence. A poorly timed tackle on O’Dwyer upended the Cahir midfielder but the referee played a brilliant advantage as the ball spilled to Shane Murphy and he blasted to the net to level the game, to the delight of the Cahir management team.

But instead of that goal igniting the game, it fell back into the familiar pattern of no real chances being created bar some long balls over boh defences with an expectation that the forwards on both sides would get lucky rather than fashion any real cutting edge chances.

As the half wore on though, the home side began to exert themselves more and were gradually getting the upper hand. 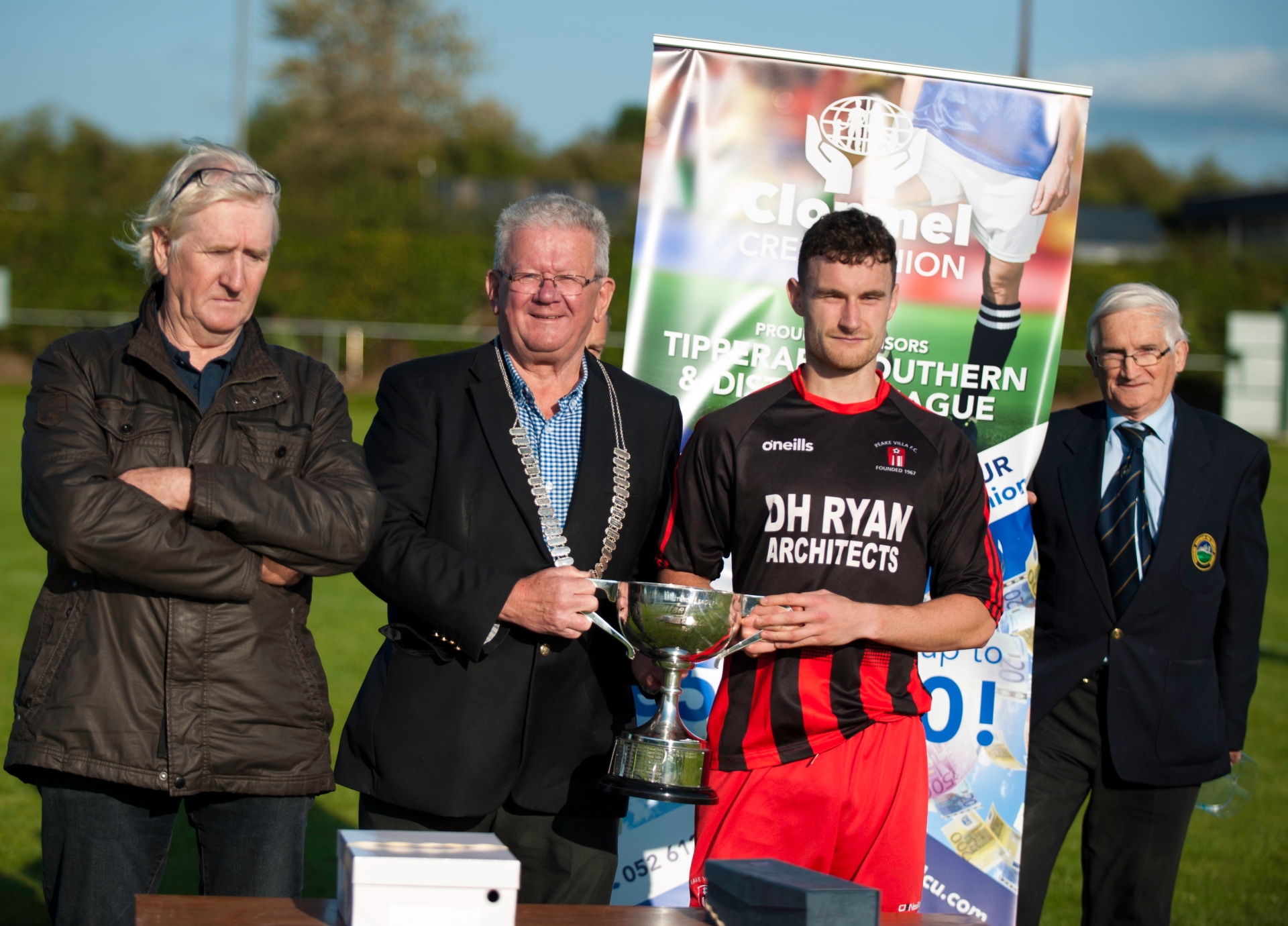 In the 74th minute Villa cut open the Cahir defence, but when Mikey Wade eventually shot the Cahir keeper was able to parry away with no Villa player in place to take advantage of the rebound. It was a portent of things to come however and minutes later a fast break down the right hand side by full back Daragh Byrne found Ronan Maguire in space six yards out but he inexplicably screwed the ball wide when it looked easier to score.

Cahir began to suffer the hot pace being pushed by the Thurles side and found it harder and harder to combat the fast breaks especially from the full back areas. And this was to finally catch up with them six minutes from time when again the jet heeled Byrne flew down the right and this time found Keith Cahill with a pin point cross into the area, only to see Cahill upended and the referee immediately and correctly pointed to the spot and awarded a penalty to the Villa.

There was only one man for the job of planting the penalty in the net and that was dead ball specialist Pippy Carroll who gave the courageous Gallagher no chance and put his side back in front.

With time now slipping away the visitors threw caution to the wind, but never looked like pulling the game back level again and Tierney had a quiet final few minutes in the Villa goal.

At the end of the game the Chairperson of the league Liam Clohessy presented the Clonmel Credit Union Tipperary Cup to the Thurles side and in doing so brought down the curtain on what has been a strange season for the TSDL, who to their credit maintained the sporting integrity of the leagues competitions by ensuring they were all played to a conclusion despite the mid season break due to the Corona virus outbreak.

Villa for their part deserved their victory and showed that on league form they are not far away from even more success in the future as they are bringing through a host of younger eager players will used to footballing success at underage and now Junior level.

The new season will probably not be too far away, and these boys will be hungry to get back to action once again.