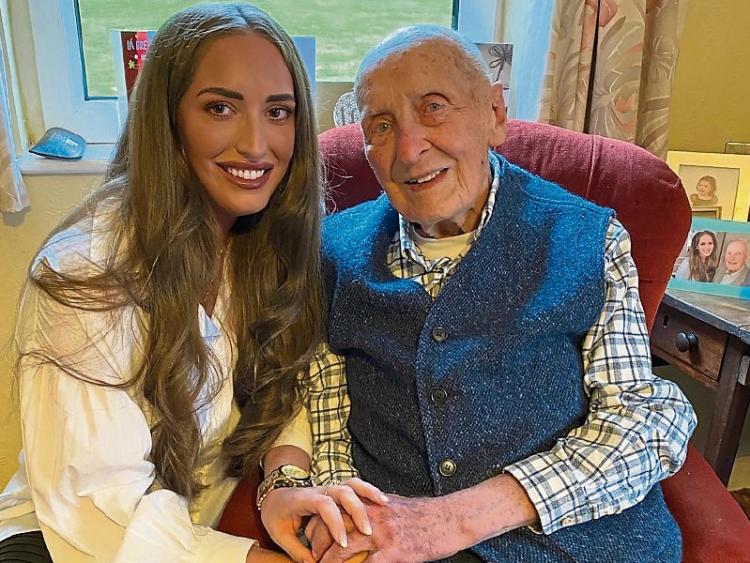 ALL SMILES: John celebrates his 105th birthday with his granddaughter Rebecca

On Thursday last, September 10, 2020, well-known and very popular Clonmelman John Walsh celebrated his 105th birthday at his home on the Mountain Road  in the company  of his family and also via a  Zoom Call with other  relatives and friends.

Born in 1915 John has lived through, and seen,  so much in his 105 years, and has  always embraced healthy living with a love of the outdoors and a passion for being active, the climate and environment.

This week, on the occasion of his special day, John took time out to share his very interesting views and opinions of his “TIPPERARY LIFE” and what Clonmel and the county in general mean to him.

We all join in wishing John continued health and happiness in the years ahead.

'MY TIPPERARY LIFE' BY JOHN WALSH

What’s your idea of a perfect day, or perfect weekend  in Tipperary?

At the age of 105 my idea of a perfect day in Tipperary is walking around my garden and up to my entrance which is a challenge as it is extremely hilly but I still love to do it with the help of my son Colman, it never ceases to amaze me the beauty of Slievenamon and the lovely vista that can be seen on a nice day.

I have wonderful memories of canoeing down the river Suir from Clonmel to Piltown with my son Frank who helped me build the canvas canoe in the 1970s when he was 13 years old. I could think of nothing more pleasurable than taking my canoe out to Sandybanks and doing that trip once again as I know the enjoyment it brought to my grandchildren and many other visiting children, unfortunately at my age these are only lovely memories.

The late Liam Ó Duibhir, a former teacher in Rockwell College contributed enormously to local history and his knowledge of local history always amazed me.

This is an extremely difficult question to answer as there are a number of people that I could nominate.  I would have to say that tenor Frank Patterson was a great ambassador for Clonmel and County Tipperary as he put Tipperary on the map, as his song Slievenamon is known worldwide. I enjoy listening to his music. 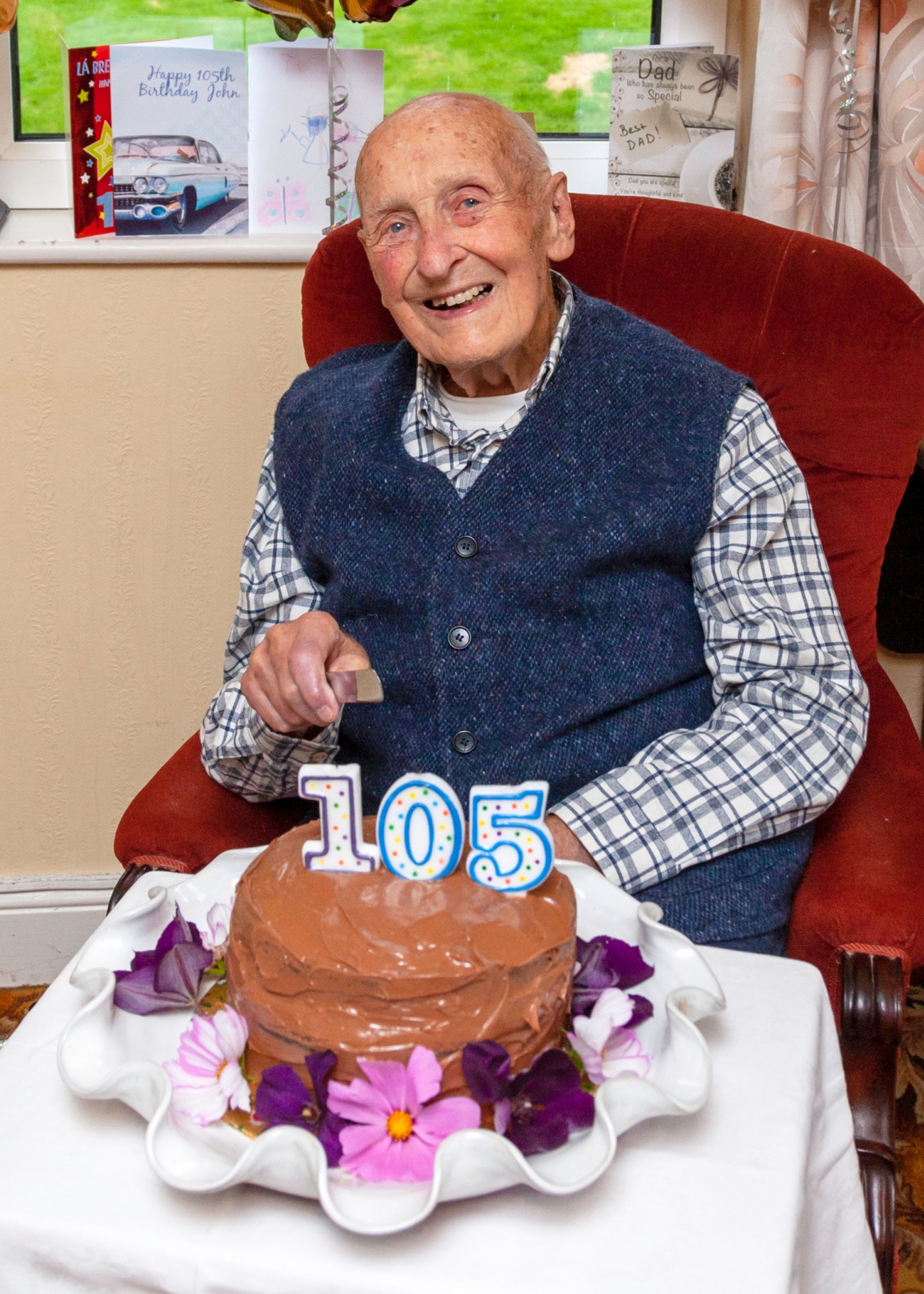 John gets ready to cut his 105th Birthday Cake -

One of my first memories in Clonmel is the declaration of the end of the First World War in 1918, I remember the relief on my mother’s face. At that, time my father was ill with the Spanish flu, I sensed the relief she got when she told me “The war is over”.

I have a number of early memories of my life in Clonmel, I remember being put on one of the barges in the River Suir at the age of four as a treat, I was frightened at first when I was standing on the gallows but after a few seconds I got very curious about the barge and the horses. I remember the horses being returned to their foals.

Tipperary became renowned for the production of cider initially called Magners and later Bulmers with its lovely orchards located in the Valley of Honey. Obviously its most famous uniqueness was the foundation of the GAA in Thurles.

I have no favourite town or village but I just love the area of Clonmel and surrounding mountains, I have enjoyed walking The Galtees, Knockmealdowns, Slievenamon and The Comeraghs over the years.

It would have to be Dr Michael Ahern who has contributed hugely to local history including the huge insight he has given to us into the Quakers and the general buildings of the town.

I would highly recommend Michael Ahern’s books as a reference. I am lucky enough to have been gifted his books over the years which I immensely enjoyed reading. 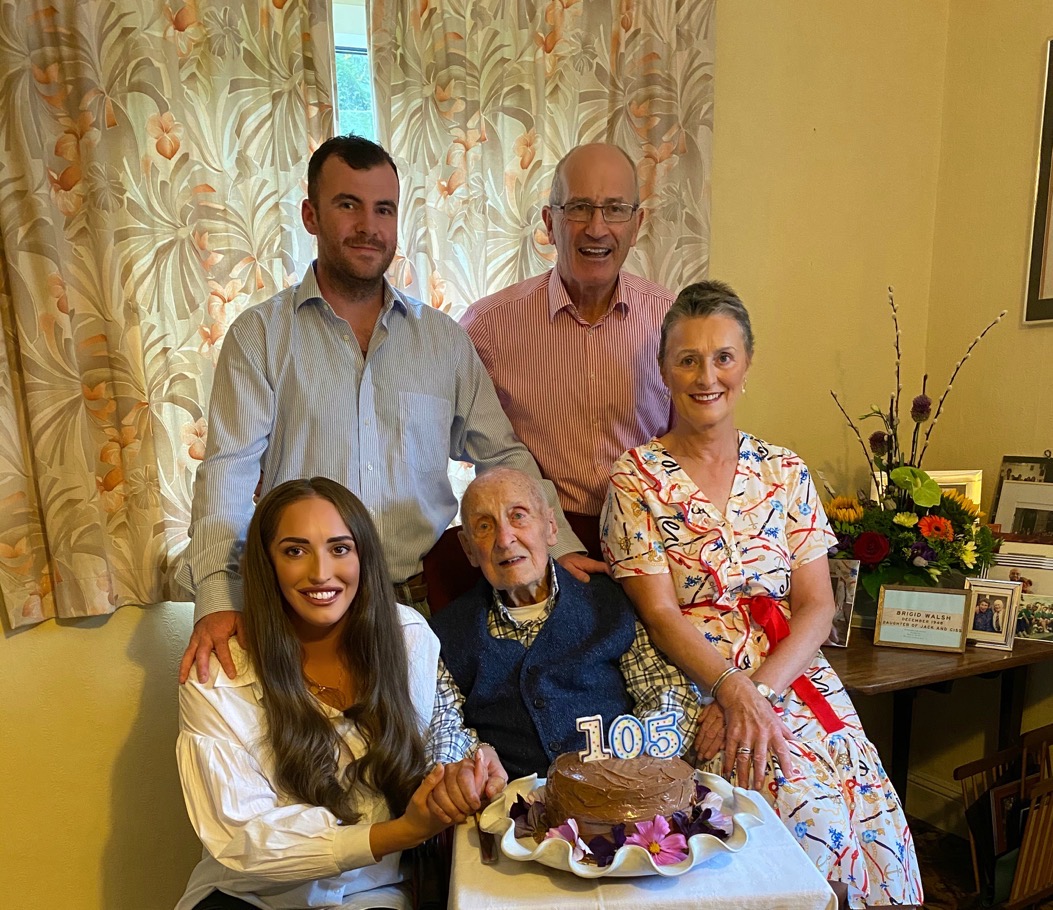 GOING STRONG AT 105! Born in 1915, Clonmelman John Walsh celebrated his 105th birthday on Thursday last, September 10, at home in Clonmel with his son Colman, daughter-in-law Marjorie and grandchildren Morgan and Rebecca. And embracing technology to the fullest, John had a Zoom Call on the big day also, with his children and grandchildren to wish him a Very Happy Birthday. Another great day from many for John to remember

A good friend of mine Eamon McLoughlin sadly deceased had envisaged a wonderful design to rejuvenate the centre of Clonmel, this included pedestranising the main streets including O’Connell Street, Gladstone Street and Mitchel Street. We have seen the benefits of Mitchel Street being pedestrianised. This would have helped save the centre of town which has now become desolate.

This is one of the biggest challenges facing Clonmel today. Unfortunately, now it would not be practical to do this but consideration to providing residential care in these derelict sites should be considered.

I am passionate about safe cycle lanes; we should have the opportunity to cycle to all our local towns and amenities safely on a bicycle. This unfortunately has not happened. In fact, it is unsafe to cycle in Clonmel.

I cannot understand some of the thought process regarding traffic calmers including the one on the Raheen Road outside Raheen College which is a major hazard for cyclists.

As a cyclist I had a near miss cycling on that road when my mirror on my bicycle was hit by a lorry, I was lucky to escape as I did not stop cycling until I was 99 years of age.  We have seen the benefits of the Greenway in Dungarvan, I have acknowledged that we have tried a similar stretch of cycling on the Blueway from Clonmel to Carrick-on-Suir but unfortunately it still has a number of cycling hazards.

I understand a plan is envisaged to have the old railway line from Clonmel to Fethard developed into a pedestrian/cycling way.

This is encouraging and should be supported by all if possible, as now we have the opportunity with the Green Party being involved in government who should be promoters of projects of this nature.