WESTSIDE: Tide and time seem to be on Kiladangan's side in Tipperary senior hurling final 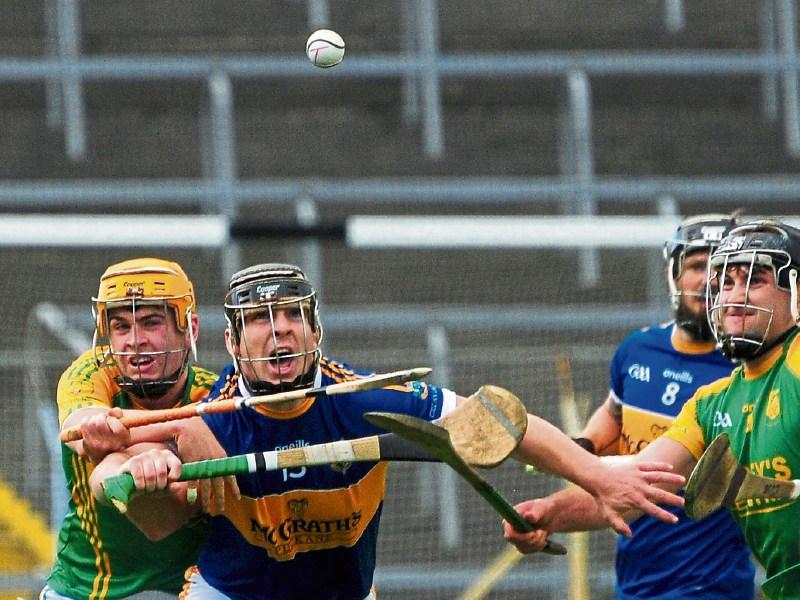 Will this be Kiladangan's breakthrough year in Tipperary senior hurling. In the final they face Loughmore/Castleiney.

What’s rare is wonderful and so when Kiladangan and Loughmore line up for Sunday’s county final throw-in it will be a unique occasion. They haven’t met previously at this juncture - in fact they have little enough prior history - so everything will be novel in a novel coronavirus year.

Advance anticipation can often prove unfounded but this decider really does have the potential to be a cracker. Kiladangan are the form and fancied team but they’re up against a Loughmore side surfing a wave of momentum at the moment in both hurling and football.

Speaking of marine metaphors Kiladangan’s position reminds one of the famous lines from ‘Julius Caesar’: “There is a tide in the affairs of men/Which, taken at the flood, leads on to fortune”. Trust old Will Shakespeare to leave us an image of such clear-water clarity.

There has been a sense throughout the latter stages of this campaign that Kiladangan are riding such a tide of time. Their story is one of latter-day emergence building incrementally to a position where they now stand on the threshold of history, one match away from a first-ever county senior win. Their stars seem aligned, but don’t rule out the possibility of a Loughmore eclipse.

This Kiladangan era has its origins in 2004. That was the year they broke through one glass ceiling, winning senior promotion following county and All Ireland intermediate titles. By 2008 they’d taken a North senior title, the club’s first in over sixty years.

From there it’s been onwards and upwards. There were further North titles in 2013, 2015 and 2016, the latter season noted for a first county final appearance since the 1930s. It ended poorly but they could be forgiven for falling heavily to a Sarsfield’s side then in its regal pomp en route to accumulating four-in-a-row.

Last year though judgments were less forgiving. They took another North crown but this time stumbled before Borris-Ileigh on the big day. There was a sense of the team not performing once more in a county final and that particular ghost will continue to hover in the background until it’s finally exorcised.

This then will be the club’s third county final in five seasons. To paraphrase Wilde losing one might be rated unfortunate, losing a second downright careless, but losing a third becomes unthinkable. And therein lies the pressure point for the Puckane side on Sunday.

Longmore’s story is quite different. ‘Fadó, fadó’ they were a football force before first making their mark in senior hurling in the 1980s. In fact, it was in 1980 that the big break came with a county intermediate win over - guess who? - Kiladangan. Tom McGrath recalled on local radio how the vanquished formed a guard of honour for them after the game in a memorable gesture of respect. This then is Loughmore’s fortieth senior hurling season.

By 1983 they had progressed to a county senior final but fell to Borris-Ileigh on their maiden mission. Four years later they lost out tantalisingly on their second county final appearance to a late Austin Buckley point for Cappawhite. It prompted the then nonagenarian, Bill Ryan (Laha) of Bloody Sunday association, to bemoan the fact that he’d probably not live to see his beloved parish win a first county hurling title. He need not have worried; he was still around when they finally reached the holy grail twelve months later with a replay win over Borris-Ileigh – sweet revenge for the 1983 game.

Since then the lads from Loughmore and Castleiney have appeared in three further finals, winning in 2007 and 2013 before losing to Sarsfield’s in 2014. All the while, of course, they’ve been an ever-present power at football where their title haul stands at 14, the last achieved in 2016. This time they’re on a quest to match the great hurling/football double of 2013 following their weekend win over Moyle Rovers in the football semi.

Loughmore then know how to win county finals – Kiladangan have yet to crack the code. And therein lies the great unknown ahead of Sunday’s final. We know how Loughmore will react but we’re unsure if Kiladangan will once again be spooked by the big day.

The bookies have Kiladangan listed as slight favourites and that seems pretty accurate to me when everything is factored in. Tide and time seem to be on Kiladangan’s side but anything short of their best will be inadequate against the force of nature that is Loughmore and Castleiney. Either way I’m anticipating a memorable one.