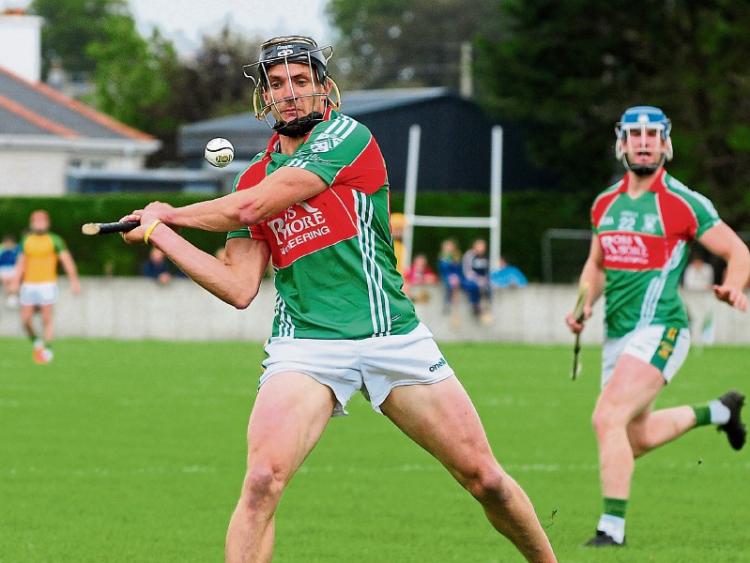 Cashel King Cormacs, who were forced to line out without their County U-20 players Eoghan Connolly and Conor O’Dwyer, found the losses too much to absorb whereas Clonoulty/ Rossmore found the absence of Dillon Quirke easier to replace. In the end Clonoulty’s experience stood to them, especially in the last quarter, when they outscored the town men by 0-9 to 0-0.

The game started in whirlwind fashion with James Hammersley opening the scoring after just 12 seconds. Another point from Hammersley was cancelled out with two converted frees from Conn Bonnar, all this inside three minutes.

Clonoulty/Rossmore got the first break after four minutes when Thomas Butler put Aidan White through with an inch-perfect pass and the corner forward made no mistake from close range to put the holders three up. Conn Bonnar converted a sixty-five before his brother Ross was hauled down in the square.

Johnny Walsh made the long journey up field, but his well-struck shot was brilliantly saved by Declan O’Dwyer, and the veteran goalkeeper was also on hand to deflect the resulting rebound shot from Adrian Cummins over the crossbar. Indeed, during this opening period, O’Dwyer was at his brilliant best as he thwarted several Cashel goalscoring chances.

Conn Bonnar kept Cashel in touch from placed balls while Clonoulty had a greater spread of the scores, Conor Hammersley chipping in with two long-range efforts. Timmy Hammersley got the first of his eight points on the quarter-hour mark while Cathal Bourke hit two points inside the final five minutes before the interval. Ross Bonnar and Jimmy Maher traded points in the closing stages of the half to leave the score Clonoulty/Rossmore 1-11, Cashel King Cormacs 0-10 when referee Fergal Horgan brought an entertaining half to a conclusion.

Cashel, who were aided by the breeze in the second half, needed a good start and Aidan Cummins hit three points in the opening six minutes after the break, but Clonoulty through Cathal Bourke, James and Timmy Hammersley kept the scoreboard ticking over, never allowing Cashel to get a grip on the game. Paddy Fahy and Cummins again kept Cashel in touch and a Conn Bonnar converted free with fifteen minutes remaining had the deficit back to three.

That was as close as Cashel  would get, as the final quarter was all Clonoulty/Rossmore and they could afford the luxury of replacing Timmy and James Hammersley, who had contributed 11 points between them. Cathal Bourke took over the free- taking duties during Hammersley’s absence with no adverse effect. Stevie Quinn, who had replaced Jack Ryan, closed out the scoring two minutes into added time and Clonoulty/ Rossmore are through to their fifth final in-a-row and their 14th in 15 years.

Cashel  will be pleased with their year, having earlier held their own in the Seamus O’Riain Cup. They have a youthful side and this year’s experience will stand to them going forward. As already stated, the absence of Eoghan Connolly and Conor O’Dwyer was too much of a burden on the day.