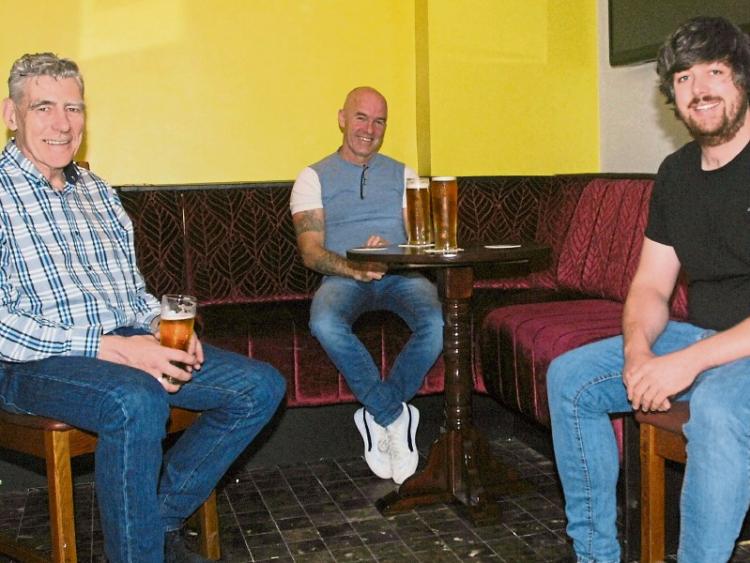 Clonmel publican Ronan Walsh was “absolutely delighted” and “over the moon” to be back trading once more on Monday last at “37 Queen Street,” the new rebranded name for what was formerly Chrissie’s pub at the corner of Queen Street and Heywood Road in  Clonmel.

The fourth generation of his  family to operate what is now one of the town’s oldest licensed premises, Ronan is really  looking forward to what he sees as  “a great new opportunity for us having re-invested in the business, and extensively re-done the downstairs and  upstairs”.

Over the past six months Ronan admitted to “missing my customers who I would  occasionally meet in  passing  on the streets the odd time. But when you  are here in business as  long as we are  your customers  can become  like family. You don’t mean to but you end up kind of involved in people’s lives in a good way. We are really looking forward to seeing  them all again now that our doors are reopen,” he added.

“To be honest I am expecting a slow return. I believe people’s drinking habits will change. People can’t stay out all night now so they are going to be going out for a few drinks, a chat and home again, and that’s going to be it. But it is up to us as an industry to change also with the way the drinking culture is going,” he said.

“A lot of people would have been drinking at home in the past few months, people  who would never have drank at home before and that is the worrying aspect from the trade point of view. People get used to things and when they get into a habit that can be  it,” added Ronan.

The new guidelines for the so-called “wet pubs” will present a challenge to every publican also and work practices will have to evolve. 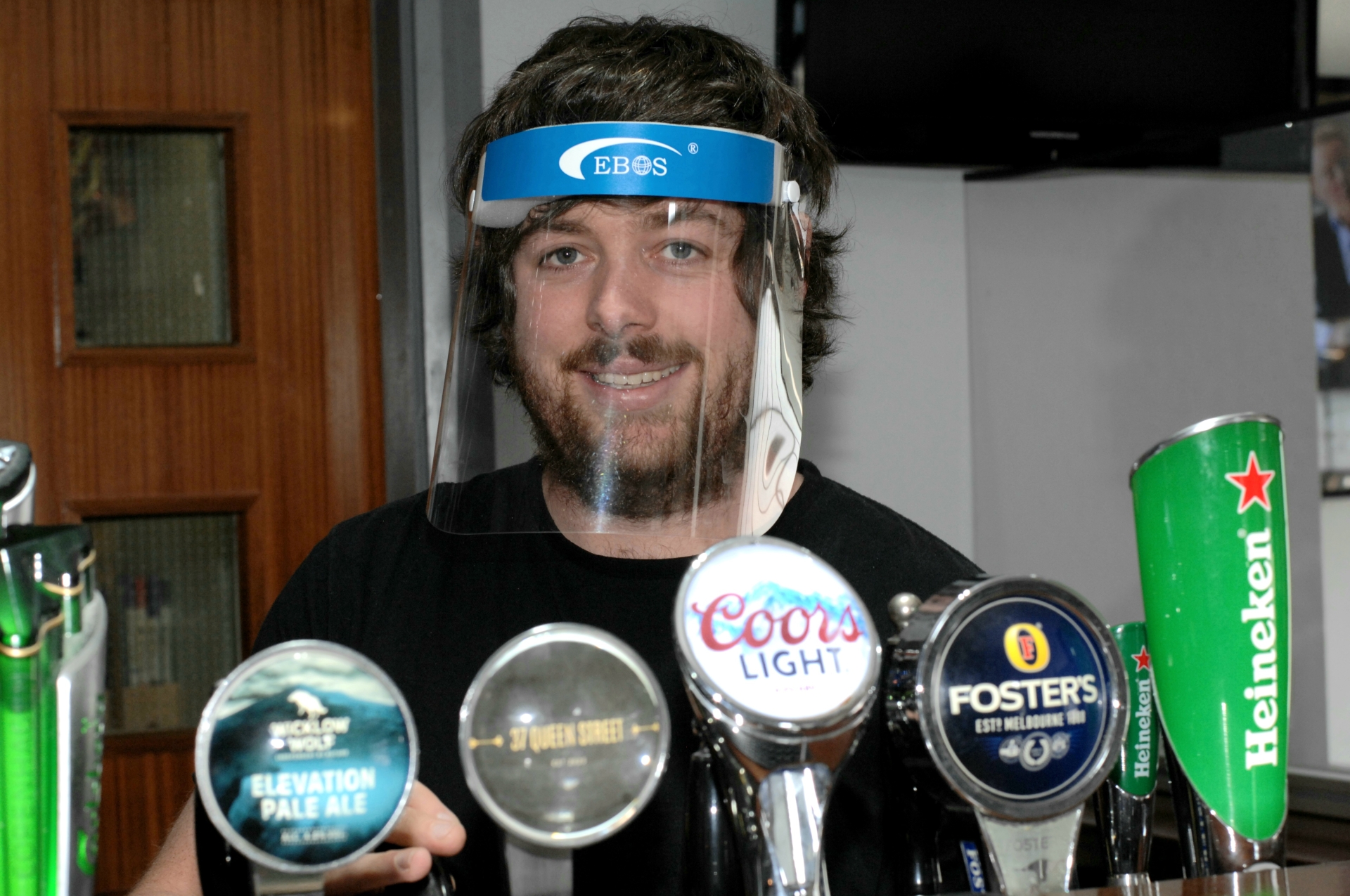 “Everything now has to be done and everyone gone out the door by 11.30pm also. I am actually happy about that. I know a lot of people mightn’t be but it will be nice to get out early and get home for  a good night’s sleep,” added Ronan.

“We will have to have extra staff now to operate to the new rules. You have to provide table service, you are going to need one person behind the bar, one doing the tables and one in the off-licence. So that’s three people minimum whereas before, during the week with us, one person could have managed the whole lot. It’s a huge extra cost, but that said,   we are still delighted   to be reopen once more  and to be able to trade,” he added.

The six months sabbatical came out of the blue for the industry and Ronan admits to have made the most  of it.

“To be honest the extra break has been nice. I think a lot of publicans will tell you that because we don’t get breaks, it’s seven days of the week, every week of the year, except for Christmas Day.

“But it has also been tough on publicans  during the lockdown.  The public might be under the impression that there were no bills to pay over the past few months. We still had bills coming in. And I know that  while banks were giving mortgage breaks  the interest has still been building up during these breaks and a lot of people aren’t aware of that.”

“Here we have been lucky that we have had the off-licence. There are a lot of publicans out there not as fortunate and I really feel for them with bills building up and no income coming in during  closure,” he added.

When the industry was shuttered in March, Ronan didn’t think that it would be as long a wait before they reopened.

“I remember people were saying May and I thought surely we will be open before then and  the next thing it was June, August and  September, and some were  saying we wouldn’t be open  before Christmas. So I am delighted to be back today,” he said.

For Ronan, and his mother Patricia and aunt Michele who are the proprietors, hopefully they can now look forward to  good times ahead again at “37 Queen Street”.