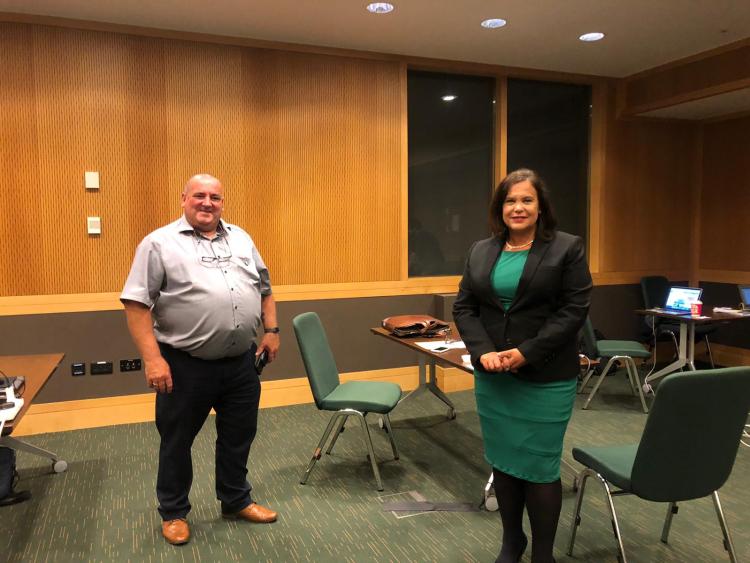 “The purpose of the Public Petitions Committee is to give citizens the opportunity to engage with the parliamentary system on matters that are of public concern or interest.

“I am honoured to be chairing this committee as it affords local community groups, voluntary groups and many others the opportunity to engage directly with the parliamentary system on issues they want addressed.

“For me, it is a particularly important role as I have been involved in community groups and campaigns since 1989.  I can now help them to engage further with the parliamentary system.”

Speaking as she appointed him to the role, Sinn Féin President Mary Lou McDonald spoke of Teachta Browne’s involvement in community campaigns:

"He is a long-term community activist, with many years involved in a range of community groups and initiatives.

"He is a great communicator, is passionate about his work, and committed to bettering communities and society in general.

"This was evident in his work as a county councillor representing the people of Tipperary.

"That ability to engage with communities will be a key skill that he will bring to this new role.

"I have no doubt he will do an excellent job, and that he will use the position to provide a platform for the voices of the public to be heard."

Hollywod A listers in Cahir