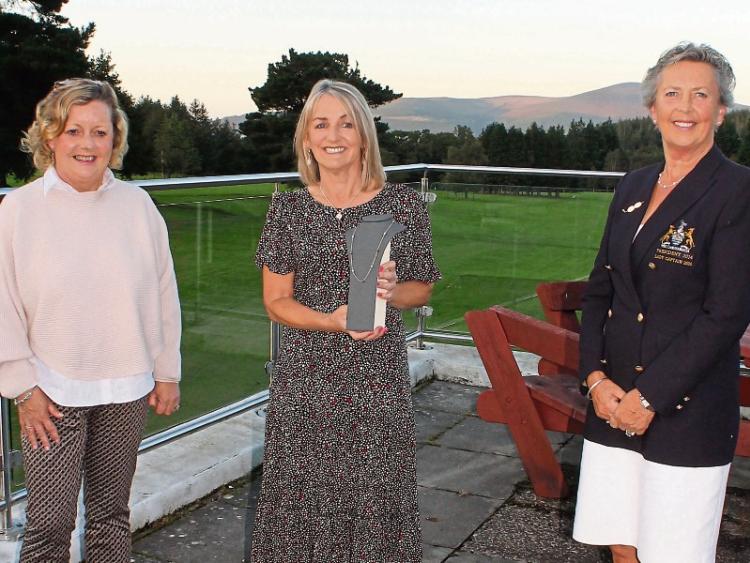 On a glorious Autumn Morning, Katherine Morrissey, Ann Boyle, Jacinta Drohan were the first team out for Lady Captain’s Day.

Lady Captain Maud Shee was at the Club House early welcoming all her members. A beautiful display of prizes were on display in the Club House.  51 Ladies took part in the main Competition followed by the 9 Hole Competition.

The course was in pristine condition, thanks to Frank and his staff, so all was in order for a great days golf

While there was no clear favourites identified, when Maura Lyons was announced as victor this was no huge surprise either. Maura has featured often in the winners enclosure over the years and its only right she should have the the most coveted prize of the year to add to her successes. Anyone who has played with Maura would agree. A very worthy and popular winner - Well done Maura. 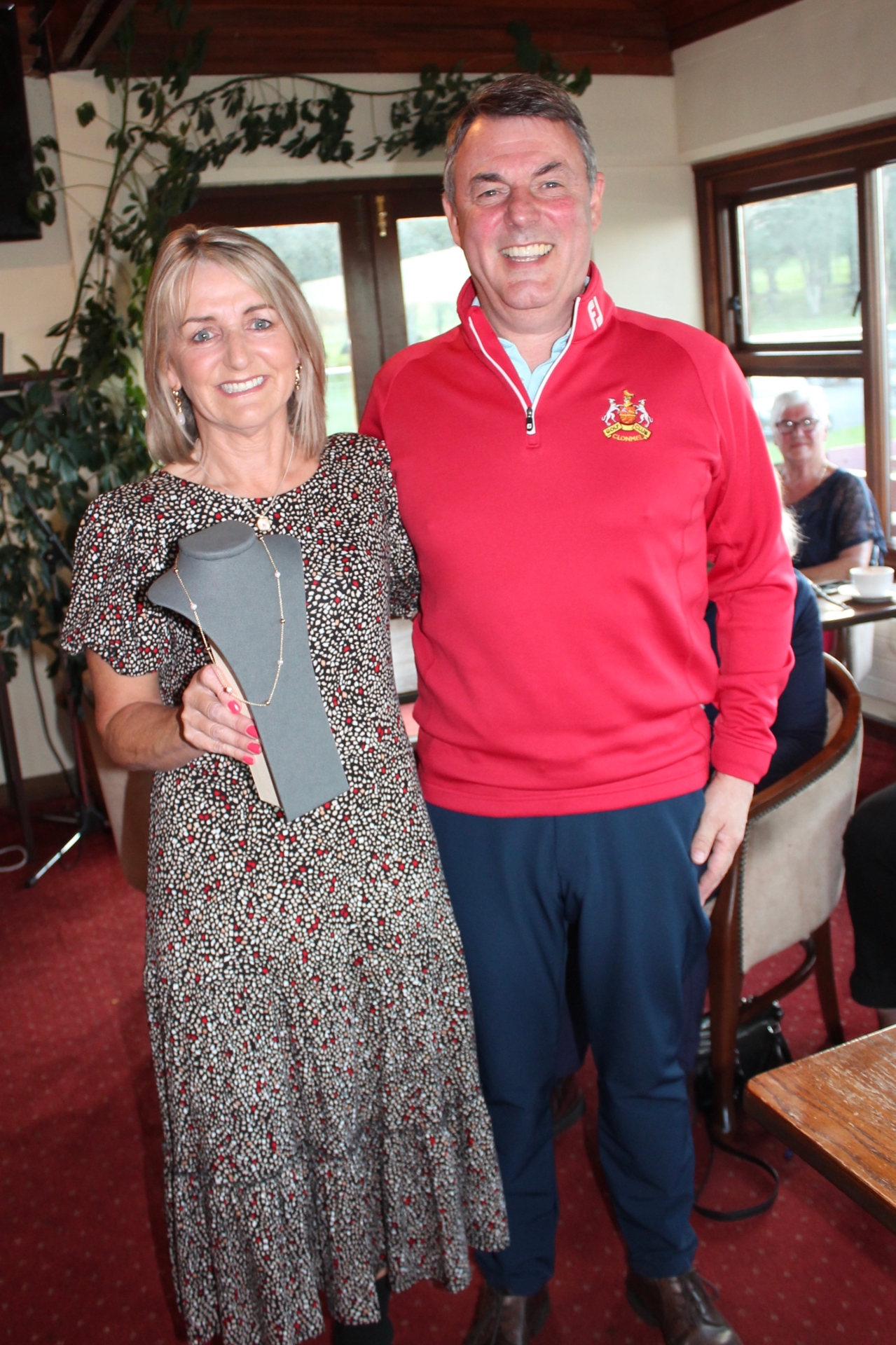 Now TJ you match that!!! A delighted Maura Lyons proudly displays her Lady Captain's prize to her husband TJ after her win in last weekend's competition at Clonmel Golf Club.

In her speech Maura thanked Lady Captain Maud for her fabulous prizes and was delighted to win her prize. She thanked her playing partners, Ann Darmody and Judy. Morrissey, Martin and staff who provided fabulous food all day, Frank and staff on the course condition.

Due to Covid-19 restrictions, there was no formal presentation night in the Clubhouse, but I am sure there will be plenty in the future. Presentation of Prizes took place in the afternoon in the Clubhouse.  Lady Captain Maud thanked all the members who took part in her day, her Committee, President Con Hogan, Captain Pat Quinlan Utd Morrissey. and. Vice Captain Christine Hickey for all their support during her year.

She thanked her husband Nicki and her family for all their support. Sheila O’Keeffe, presented Lady Captain Maud with a beautiful bouquet of flowers on behalf of the Ladies Committee.

Congratulations to Junior Member Saoirse Butler. She had a fabulous round of golf and won the Back 9 Prize. 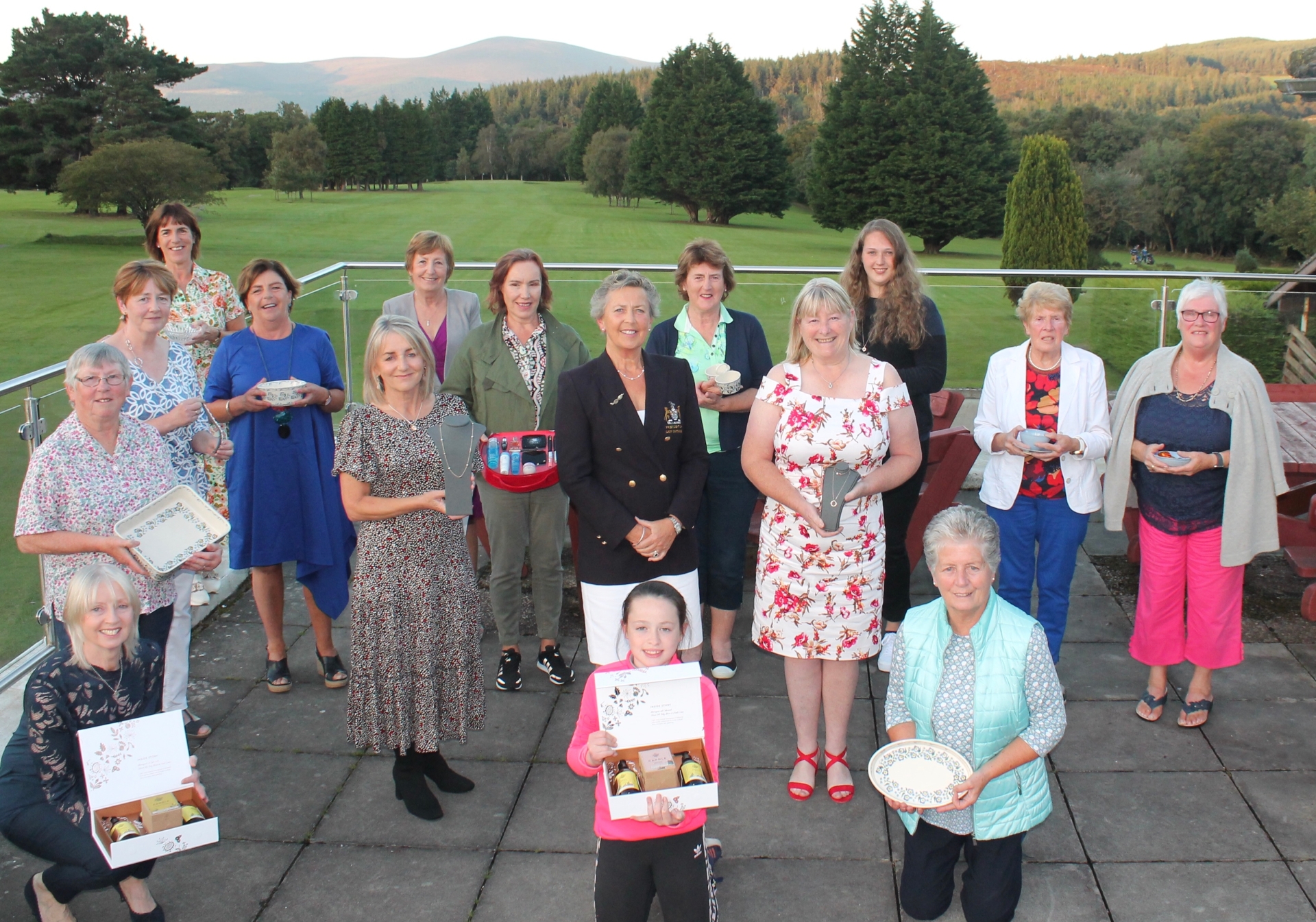