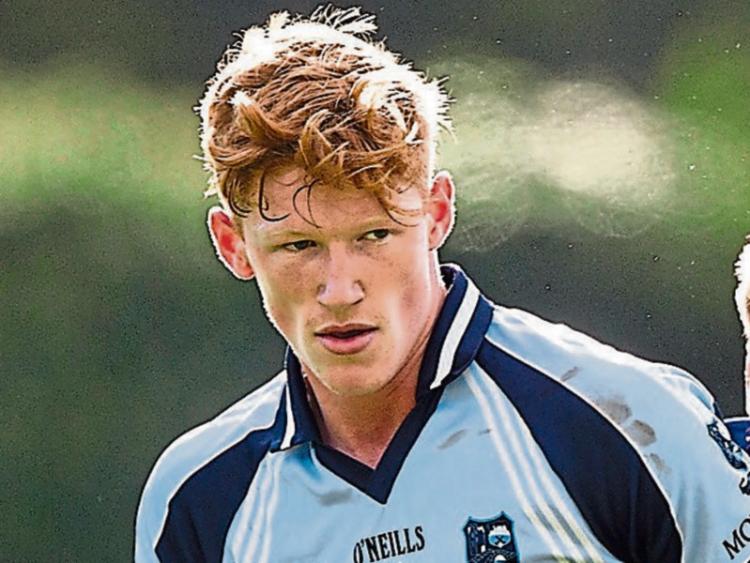 After an even first half, with Galtees ahead by a point, 1-11 to 2-7 at the break, Moyle Rovers upped the pace in the second half to outscore the West side by thirteen points to five. It capped a bad week for the Bansha club, that had seen its footballers lose their senior status a week earlier.

It was a team performance from the Powerstown-Lisronagh men but at the heart of their dominance was the outstanding Dara Ryan. He was a powerhouse, orchestrating everything around midfield, and driving his side on to a vital win. His eleven points, nine from frees, was a huge contribution but his overall workrate surpassed even that impressive total.

It was a different matter for the Bansha men. After narrowly avoiding relegation for the past two seasons, winning the play-off on both occasions, their luck finally ran out on Saturday as they failed to carry a workmanlike first half display into the second period.

They were over-reliant on the scoring power of Colin Morrissey, who accounted for 1-10 of their total, and their shortcomings upfront were reflected in the statistic that they failed to score for 21 minutes in the second half, from a Morrissey free in the first minute to another from play in the twenty second.

During that time Moyle Rovers hit seven without reply to seal the deal. But it was still a slow burner, a concern for manager Donal Foley on the sideline, as they hit four wides before their scoring spree fully started.

But with Dara Ryan in the engine room, Stephen Quirke showing some deft touches that saw him finish with 1-4 from play, Danny Owens and sub Ciaran Luttrell all impressing, they showed the hunger that remaining intermediate meant to them.

The sides were level four times in the first quarter, with three Dara Ryan frees and two points from play from Danny Owens for the South side, and three Colin Morrissey frees and points from Shane Power and Tony O’Brien for Galtees, to leave it 0-5 each after 16 minutes.

After the water break, Galtees went into a two-point lead from another Morrissey free and a great point from Daire Egan. Then the tie really heated up with two goals in the space of thirty seconds.

Stephen Quirke hit a great goal from a Dara Ryan free for Moyle but Galtees hit back immediately when a flowing move saw Moyle keeper Ian Browne make a fine save, only for Morrissey to tap the rebound to the net to leave it 1-7 to 1-5.

The South men took the lead again with another goal with Ryan once more the provider, finding space for Danny Owens who beat Eoin White for a second time. Shane Power replied immediately to tie the scores at 1-8 to 2-5 and they edged ahead by a point at the break, with scores from two Morrissey frees and one from Sean Daly to a Ben Owens point and another Ryan free for Moyle.

A Morrissey free extended the lead to two points in the first minute of the second half but then for some reason their challenge faded dramatically. Moyle Rovers’ fortunes went in the opposite direction as they dominated midfield and laid a virtual siege on the Galtee goal.

Ciaran Luttrell, who came on for the injured Kevin Grace in the first half, was central to a lot of their good play, with Quirke, Ben Owens, Danny Owens and of course Dara Ryan also to the fore. The Moyle defence was also superb in curbing the Galtee attack with Anthony Phelan, Danny Lyne and Paddy Morrissey all impressing.

When the forwards eventually found their range following four wides, they tore into the Galtee defence and responded to Morrissey’s second half opener with five points from Dara Ryan, four from frees; and one each from Bolger and Quirke.

The Galtee cause wasn’t helped by Colin Morrissey untypically missing three scoreable frees but eventually he got his and his side’s second point of the half in the 22nd minute to narrow the Moyle margin to four points, 2-14 to 1-13.

But it didn’t signal a revival and Moyle pulled further clear when Ryan pointed a free after he had been pulled back and Quirke added a point from play to push the lead out to six. The game was now over as a contest and the south side outscored their west opponents by four points to three in the final six minutes to record a comprehensive win.

Galtees’ best chance for a goal that might have given them some hope was denied when Moyle ‘keeper Ian Browne tapped a Morrissey shot over the bar for a point.