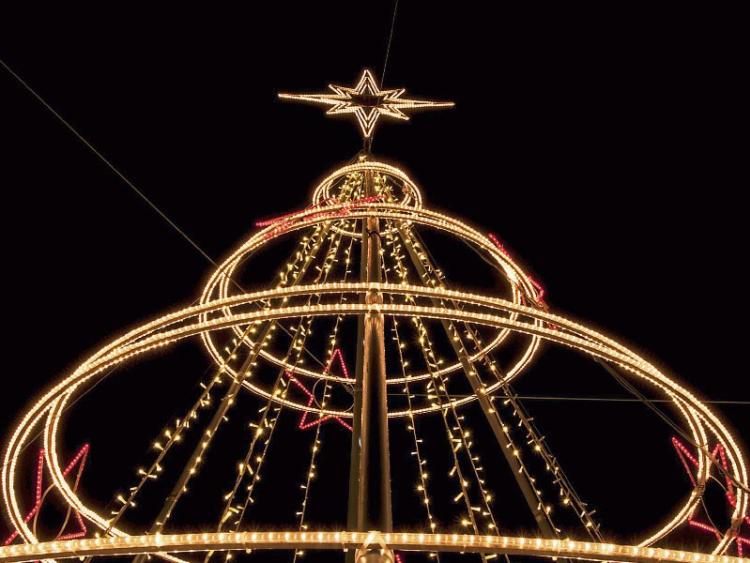 Roscrea’s Christmas street-lighting display will shine brighter this year after an unanticipated boost in funding.

€3,000 extra funding will be available from Tipperary County Council for this year's festive lights in Roscrea, as money originally earmarked for a variety of summer and Halloween festivals which were cancelled due to the Covid-19 pandemic became available unexpectedly.

€3,150 was originally declared available under the festival funding at the monthly meeting of the nine Councillors of the Municipal Council for the Roscrea, Thurles and Templemore area recently.

However, worthy causes in both Thurles and Roscrea almost resulted in the available funding being halved, after two proposals on how best to spend the extra money were submitted at the meeting.

Thurles Independent Councillor, Jim Ryan was the first to suggest a way to spend it, when he highlighted the recent spike in anti-social problems faced by Thurles Rugby Club.

The Clubhouse and grounds, which has been targeted multiple times by vandals who lit bonfires and broke glass on the Club's pitches, needs to be fenced for protection, Cllr. Ryan explained.

“Recently, a scrambler motorbike tore up their pitch and they are at their wits end trying to protect the place - but they have a shortfall in funds necessary to put up the fence they need”, Cllr. Ryan explained.

Roscrea's Independent Councillor, Shane Lee, argued the money would be better spent on Roscrea's “urgent need” for updated Christmas lighting - an issue that has been neglected for several years, he said.

Roscrea, which is currently undergoing a redesign of the town centre's social space, would benefit immensely from new lighting, Cllr. Lee said - echoed by Cllr. Michael Smith who said he's “been beating the drum for years on the issue of Roscrea's Christmas lights”.

Proposals to split the funding equally between the projects, or put the matter to a vote among the nine Councillors were heard by the meeting - but the resulting sums awarded to each project would provide insufficient help to either cause, the members decided.

Deciding where funds go on a geographical basis would “set a dangerous precedent” Cllr. Seamus Hanafin said, while Cllr. Eddie Moran added that Templemore too has many worthy recipients of the funding - and like Roscrea, the town's Christmas lighting needs repair and an update he said.

Cathaoirleach Noel Coonan suggested, rather than divide the funding when faced with two projects in the District requiring assistance, the local authority could fund both fully.

“This money is last year's funding for festivals which is now available due to Covid-19. I'd suggest we take €3,000 from next year's allocation now and give both proposals the equal amount and enough”, the Cathaoirleach said.