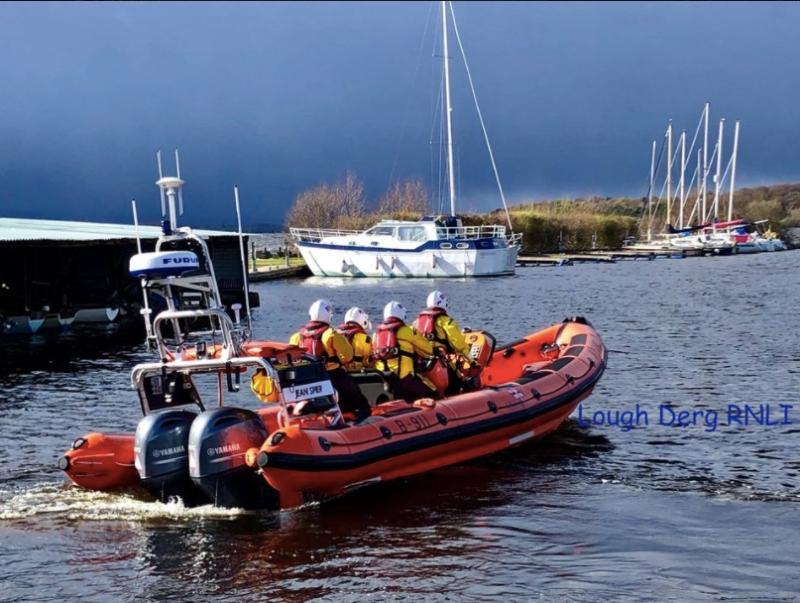 The volunteer lifeboat crew at Lough Derg RNLI will be taking to the small screen on Tuesday, October 13, as they feature in the fourth episode of the BBC TV series Saving Lives at Sea.

Real life rescue footage captured on their helmet cameras gives a frontline view of how the charity’s lifesavers risk their own lives as they go to the aid of those in danger at sea and strive to save every one.

Real rescue footage is accompanied by emotive interviews from the volunteer lifeboat crews and lifeguards alongside the people they rescue and their families.

On October 13, viewers will see Lough Derg RNLI rescue a man who fell overboard in rough weather and an eerie night time launch in fog.

Eleanor Hooker, helm of the Lough Derg RNLI lifeboat crew featured in the October 13 episode , said: “It’s great that we can showcase the lifesaving work of RNLI volunteers in a TV programme like this.”

Ms Hooker revealed that, while in recent months, the Covid-19 pandemic had presented RNLI volunteers with additional challenges, they had continued to maintain a 24/7 search and rescue service.

“This year, due to Covid, fundraising events have been cancelled and we’ve seen a drop in our charitable income. Without the generous support and donations from the public, we wouldn’t be able to save lives,” she said.

Now in its fifth series, the 10-part documentary showcases the lifesaving work of the RNLI’s volunteer lifeboat crews and lifeguards from around Ireland and the UK.

Lough Derg RNLI, whichis based in Dromineer will feature on Tuesday, October 13, when the programme airs at 8pm.