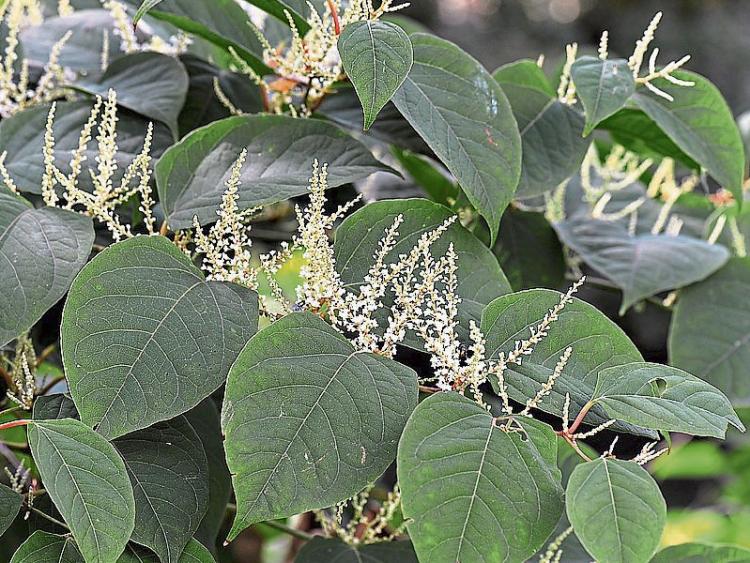 A councillor has appealed to Tipperary County Council to launch an advertising campaign to encourage private landowners to eradicate highly invasive Japanese Knotweed on their properties by spraying it at this time of year.

He urged the council to spearhead an advertising campaign in local media to remind landowners to spray off Japanese Knotweed as this is the ideal time of year to do so.

He argued the advertising campaign was also needed to inform landowners not to cut down Japanese Knotweed as this will only spread it further afield.

Cllr David Dunne (SF), disagreed. He argued the council should  fine landowners who neglect their duty to get rid of Japenese Knotweed on their land. “Landowners need to take responsibility because this is going on too long,” he declared.

But  Cllr Kieran Bourke (FF) said he didn’t think there   was  legislation in place that made it illegal to have Japanese Knotweed on your property.  He proposed the council implement by-laws to make it illegal.

District Engineer Willie Corby said the advertising campaign was potentially  a good idea.     The   council sprayed off Japaense Knotweed along roads but it didn’t do  so  on private property and instead encouraged landowners to do this work, which involved a three-year spraying cycle.

Senior Engineer Liam Brett noted that  while the council sprayed off Japanese Knotweed on public lands it was   the National Parks & Wildlife Service that had the authority to prosecute. It was the entity that should be pushing this, he argued.

Cllr Bourke countered that he didn’t think the Parks & Wildlife Service had the will to tackle this problem.

The  role of councillors was to make their area better and he argued it was the local authority’s responsibility to tackle  Japanese Knotweed, which is very difficult to get rid of and can undermine the foundation of homes.