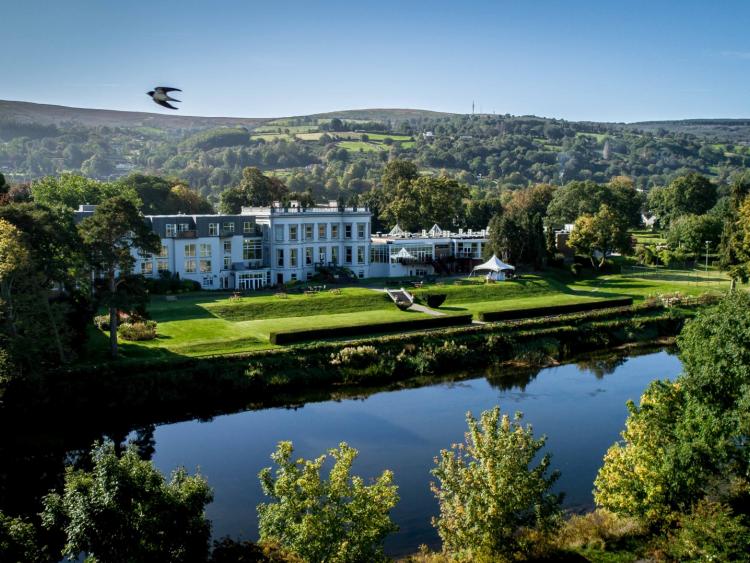 “It looks like that is it now until Easter,” said John Nallen of Hotel Minella on Tuesday morning as he tried to digest what the implications of Level 3 Covid restrictions will be for the business.
After experiencing a few months of respite of some description, Hotel Minella proprietors John and Elizabeth Nallen are facing a bleak winter.
The Government directive plunges the hotel and tourism industry into further chaos and uncertainty.
“You could see it coming again. We all saw where the numbers were heading over the last few weeks. Look the numbers are there now and rising, the decision taken was justified on the back of those rising numbers,” said JohnNallen.
“This will be a very eerie feeling again.
“I can’t see anybody staying in the hotel for months now.
“We are back to square one really,” said John.

INTERVENTION
John Nallen said the Government had failed to come up with an intervention package for the hotel industry.
“There was support with the wages and it was very helpful but much more was needed to support the industry and all the costs that are still there to maintain the premises even when there is no business going on. I cannot use the bedrooms in the hotel through no fault of my own.
“The drop in VAT does not matter because you cannot do any business. We need intervention,” he said.
The hotelier said they did everything they were asked to do by the Government in the hotel in terms of training staff, introducing social distancing measures and providing sanitisers.
“We were busy enough since we re-opened.
“We did a bit of food during the week and at the weekend but that was it,” said John.
“We did everything we could to make it safe for staff and customers and now we are back to where we were,” the hotel owner said.

NO WEDDINGS
John said there would be no weddings in the hotel for the foreseeable future and two bookings, one on Wednesday and another on Saturday related to funerals, had to be cancelled following the announcement by the Government on Monday.