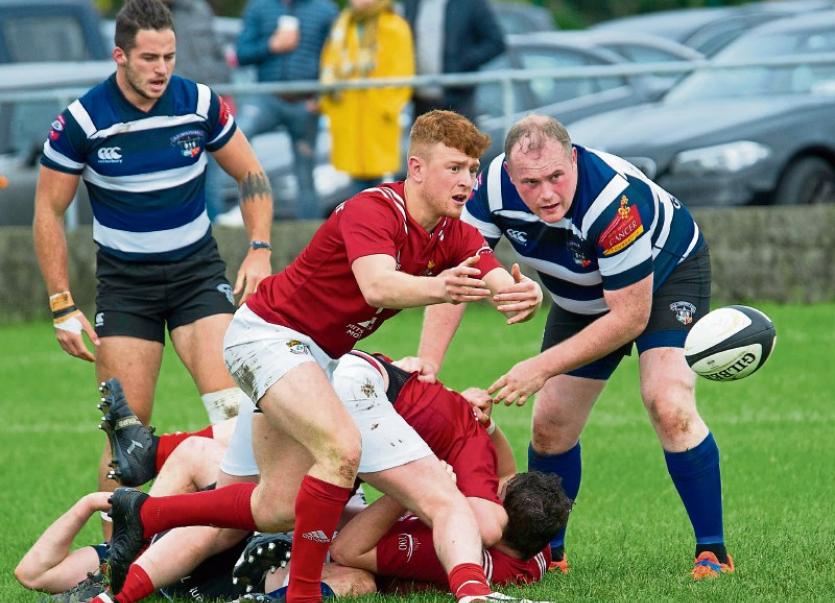 Josh Pickering put in another fine display for Cashel at Templehill Park on Saturday last, however it wasn't enough as Cashel lost out by 28-17 in the end.

On Saturday last Cashel travelled to Temple Hill, Cork to take on Cork Constitution in the third round of the Energia Community Series. The home club has been the most consistent performer in the All-Ireland League over the past 25 years and operate two divisions above Cashel. The task for Cashel was always going to be difficult but deep into injury time there were only four points between the teams, with Cashel driving back the powerful Con pack.

The game was played behind closed doors in near- perfect conditions, with Cashel playing against a slight breeze in the first half.  They started well with an attacking maul early on. Oisín O’Sullivan and Daragh Lyons ran strongly and the forwards kept the pressure on for a number of minutes, earning two penalties that were kicked to the corner. The home defence was solid and Cashel could not find a way through. On seven minutes Cashel lost a lineout on half way, Con ran strongly, created an overlap and were in under the posts for a seven- pointer. Cashel continued to run at every opportunity and played some very entertaining rugby. A promising move was stopped for a deliberate knock-on, with Cashel opting for a scrum in which Con were penalised. Cashel ran the penalty to the corner and Mikey Wilson was on hand to touch down.

Into the second quarter the score was still at 7-5. Cashel were penalised three times but defended manfully. Ciaran Ryan, James Ryan, Mikey Wilson, Aidan Butler and Fearghaill O’Donoghue were putting in the tackles. James Kendrick, Robin Foot and captain, Cathal Ryan were strong in the scrum and carrying well. It was all hands on deck as Con piled on the pressure as half-time approached. The Cashel defence was truly magnificent during this quarter, driving Con back time after time. Having cleared their lines Cashel were penalised for crossing by the touch judge, Con kicked to touch, won the lineout, a tackle was missed and Con touched down for another converted try. Just before the half-time whistle Cashel were extremely strong in the scrum. James Ryan picked and was almost through but the referee called him back, as he was not happy with the setting of the scrum.

The half-time score was Con 14 Cashel 5.

Cashel roared into the second half, keeping the pressure on Con. Alan McMahon dispossessed a Con player inside halfway and  released to Jack O’Rourke, who sprinted to the corner for an excellent try. A few minutes later Niall Fitzgerald entered the fray and was soon into the action, putting in tackle after tackle. As the end of the third quarter approached Cashel struck for their  third try. Backrowers Mikey Wilson, Ciaran Ryan and James Ryan carried through the defence, with Ciaran Ryan touching down for a try converted by Daragh Lyons to put Cashel ahead 17 points to 14. This back row combination is playing some magnificent rugby at the moment. Brendan Crosse entered the game at this stage and contributed to the effort. Cormac O’Donnell also played his part when he came on. Cashel’s lead unfortunatley lasted only three minutes, as Con ran straight down the middle and were in under the posts for another converted try.

Cashel continued to play attractive rugby. The half backs, Josh Pickering and Daragh Lyons were excellent. Alan McMahon in the centre ran consistently, Conor Cashman tackled well. Wingers Richard Kingston and Jack O’Rourke ran at every opportunity. Oisín O’Sullivan had a good game at full back. Aidan Barron came on at scrum half and kept the line running well.

With 14 minutes remaining Cashel pushed the Con pack two meters in the scrum. The penalty they should have been awarded did not come, they lost control of the ball, which was picked up by the Con number eight who brought play to the Cashel try line. Great Cashel defence earned them a relieving penalty. Josh Pickering saved the day a few minutes later with another good tackle. Aidan Barron put in a huge clearance as full- time approached.

The pressure was now telling on Cashel but they were holding on manfully for a losing bonus point at least. Five minutes into injury time the Con lock forward collected a loose ball in midfield, a tackle was missed and he was in for a bonus point try and Cashel, after a heroic performance, left empty-handed.