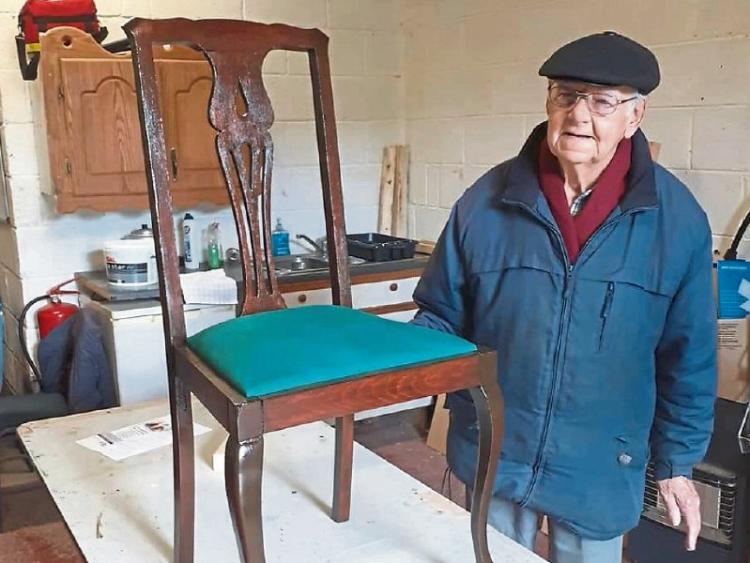 There was deep shock and sadness in the Clogheen and Ballylooby area with the news that our beloved John had passed away peacefully at his home on Monday morning last. John would have been 92 years old the end of December, and was a wonderfull gifted person and could turn his hand to anything.

John enjoyed great health and was active upto his untimely death. He was a valued member of Clogheen mens shed and loved to restore pieces of old furniture to their former beauty. John was predeceased by his wife Mary a number of years ago.

As of late John could be seen sanding teak doors and varnishing them for many people in Clogheen, he was so good at this that he had a waiting list of jobs.

John is survived by his sons James and Dereck and daughter Margaret, his three sisters and all his extended family.

Following requiem mass in Duhill church on Friday he was cremated in Cork and the burial of his ashes will be at a later date. Rest in peace. The mens shed members held a guard of honour outside Duhill church as the coffin entered the Church.