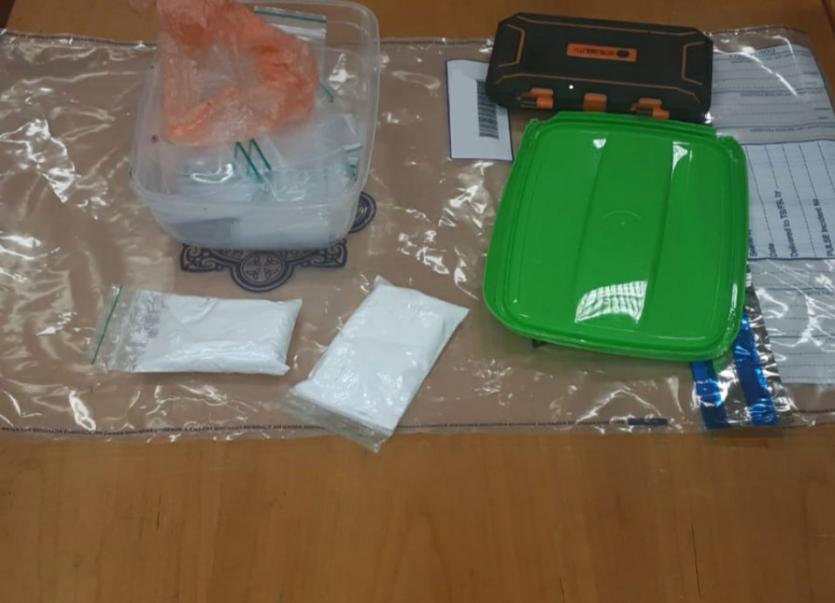 The Garda Community Policing unit at Roscrea and Moneygall have seized an estimated €4,000 worth of suspected cocaine which was discovered in a ditch outside Moneygall on Saturday.

They also found a weighing scales and bags in the same incident. No arrests were made and the investigation is ongoing, according to a post on the Tipperary Garda Facebook page.

Meanwhile, Gardaí seized of €3,600 of suspected drugs in Roscrea as part of Operation Nest on October 22.

Following on from a number of searches in June, gardaí from Roscrea, assisted by the Southern Region Dog Unit and the Divisional Crime Unit, carried out two searches at houses in the Roscrea area at 9am last Thursday.

During the first search Gardaí seized €2,500 of suspected cannabis herb, a weighing scales and a small amount of cash. No arrests has been made in relation to this incident, but gardaí are following a definite line of enquiry.

During the second search, Gardaí seized €1,000 of suspected cocaine, €100 of suspected cannabis herb and a weighing scales. A juvenile, aged in his mid-teens, was arrested and brought to Roscrea Garda station. He was detained under Section 4 of the Criminal Justice Act, 1984 and has since been charged. He was due to appear before Nenagh Court last week.

Operation Nest was initiated in response to a heightened level of community engagement which also corresponded with Roscrea gardaí’s proactive approach to Covid-19 and liaison with the public.