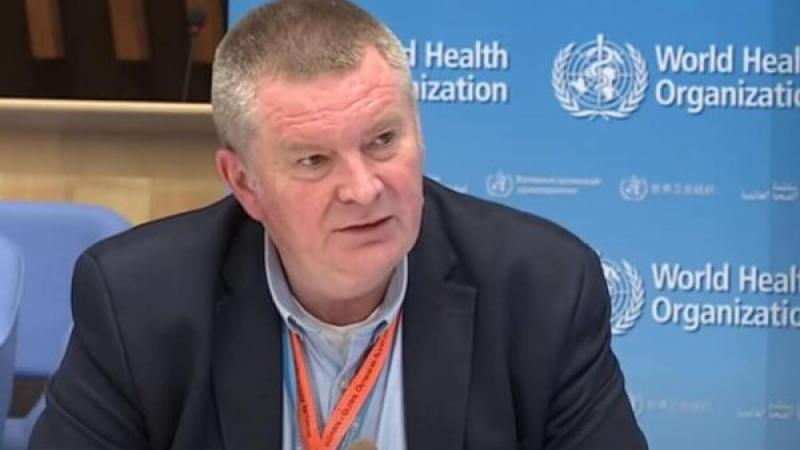 The executive director of the World Health Organisation, Dr Mike Ryan, was among hundreds of people worldwide who paid tribute to talented Nenagh artist April Lindsay, who died in New York.

April, who passed away on October 22 following a short illness, was a former student and past president of St Mary’s Convent Secondary School in Nenagh.

Breaking off during a WHO press conference on October 26, which was being held as April’s funeral Mass took place, Dr Ryan, who is familiar worldwide due to his prominence in tackling the Covid-19 pandemic, said that he wished to “beg the indulgence of my boss”.

“Many of us here a number of years ago worked with a wonderful person who passed away a couple days ago and her funeral Mass is ongoing in New York,” he said.

Dr Ryan said that it spoke to those people in the organisation who were never seen, never at press conferences or in the the public domain.

“They don’t publish scientific papers but they keep our organisation going, our administrative, our support staff, our logistical staff, our procurement staff, the people who actually run this organisation and make it a success,” he said

“April Lindsay was a friend of many of us here in WHO. She was from Nenagh in County Tipperary, but someone who had such a wide range of international friends. She died in New York. She had such a positive impact on all our lives here in WHO, so many in this organisation. She was a wonderful professional, always fun and we will miss her dearly here at WHO.”

Her funeral Mass, which was streamed live from St Brigid’s Church in New York, one of that city’s oldest churches, was attended by numerous people from her native Nenagh who now live in New York and was viewed by many around the world, with people from as far away as Australia and as near as Summerhill in Nenagh paying tribute to her.

Her husband, Will Hodgins, originally from Sallygrove in Nenagh, paid a dignified yet emotional tribute to April in his eulogy.

Will described April as a “free spirit” and a “good, pure person who touched people in their core, their essence.”

He said that they went back to their teenage years, but only reconnected about 20 years ago.

“She was my best friend,” he said.

April was youngest daughter of the late Pat and Breda Lindsay, Ballygraigue, and much loved sister of Jenny, Mike and Jude.

She is sadly missed by her husband, Will, and by her heartbroken family, sister-in-law Peg; nephew Mikey and nieces Chiara and Arianna; her mother-in-law Margo, aunts, uncles, cousins and a large circle of good friends.