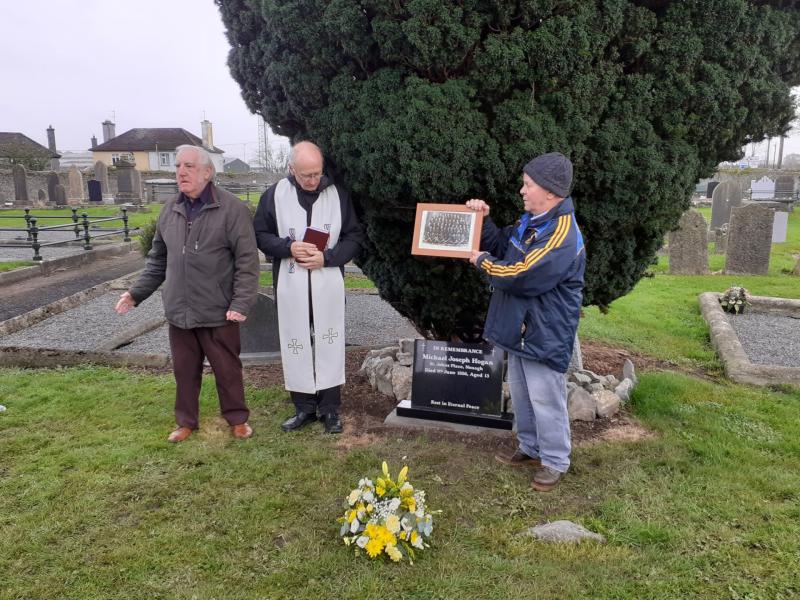 At the unveiling of a headstone to Michael Joseph Hogan, St John’s Place, Nenagh, who died in a tragic fall from Nenagh Castle in 1956, his neighbour Stephen Mitchell, Fr Des Hillary and Tom Ray

For almost 65 years a little boy from Nenagh who died in tragic circumstances has lain in an unmarked grave.

But thanks to a small group of people, not least his friend, the late Ollie Cleere, Michael Joseph Hogan is now commemorated in Kenyon Street cemetery.

Michael Joseph from St John’s Place was just 13 years old when he fell from a ledge in Nenagh Castle on June 9, 1956. He died later in the local hospital from his injuries.

It appears the little boy was reaching for a bird’s nest when a stone gave way and he fell almost 50 feet to the ground.

With him that day was Ollie, who always wanted to remember his friend. Ollie kept the cutting from the local paper which reported on the tragedy, and he showed it to his friend Sean Ryan from Knockapierce, who subsequently took up the cause with the graveyard committee.

“He won’t be forgotten,” said Sean, who thanked the local Tidy Towns committee for their help. 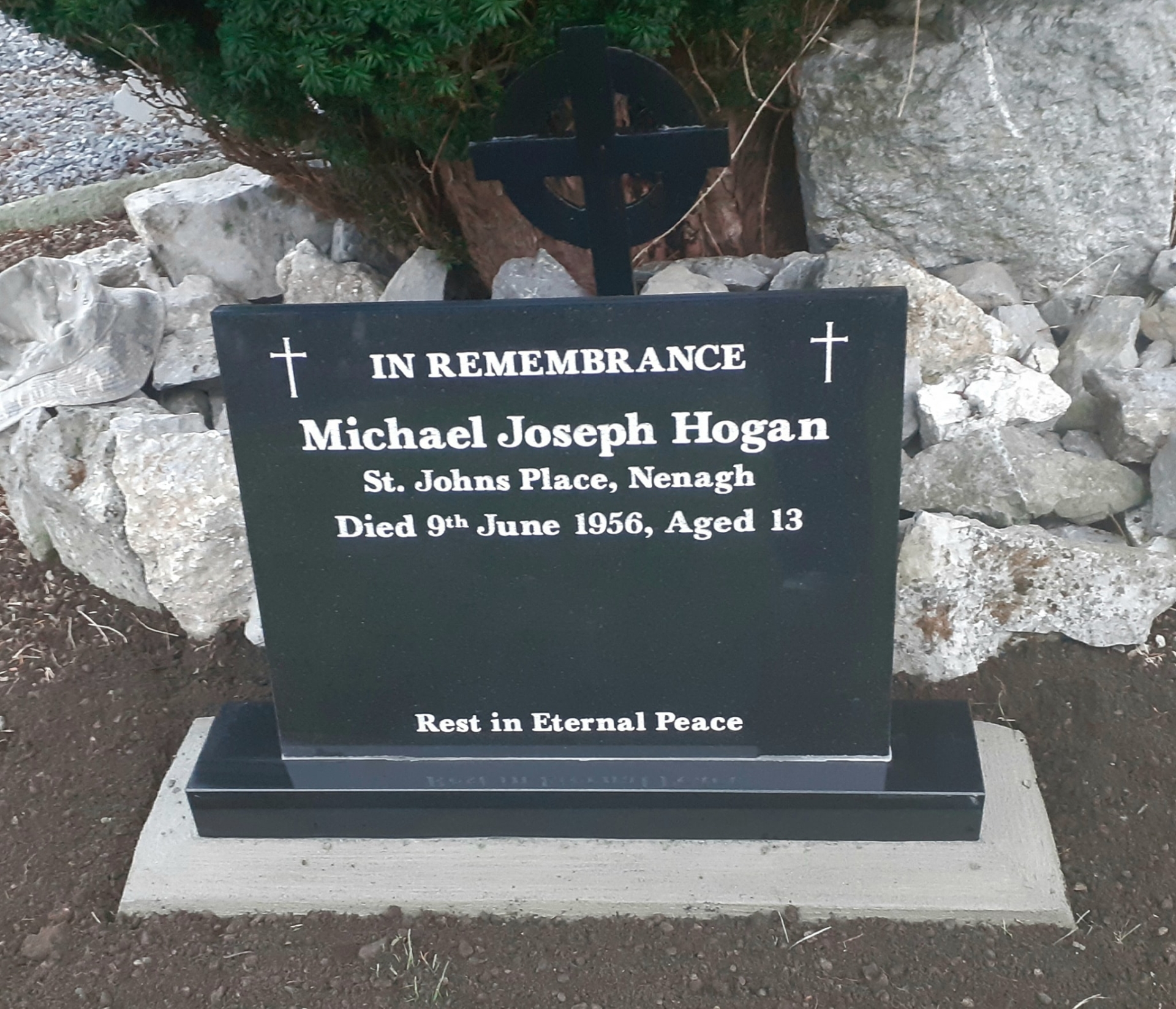 Last Saturday, about 20 people gathered in the graveyard, including former school friend Tom Ray, who brought along a class photo of them when they made their Confirmation.

Cemetery chairman Gerry Mitchell told the gathering that they just wanted to honour the memory of this young boy of 13 who had been forgotten by so many people.

Michael Joseph’s grave, with its new headstone, lies under a yew tree, which Fr Des Hillary told the crowd can grow for centuries and which represented our hope for eternal life.

Members of the graveyard committee have not been able to contact any surviving members of the the dead boy’s family or to establish if any relations are still living in the Nenagh area.