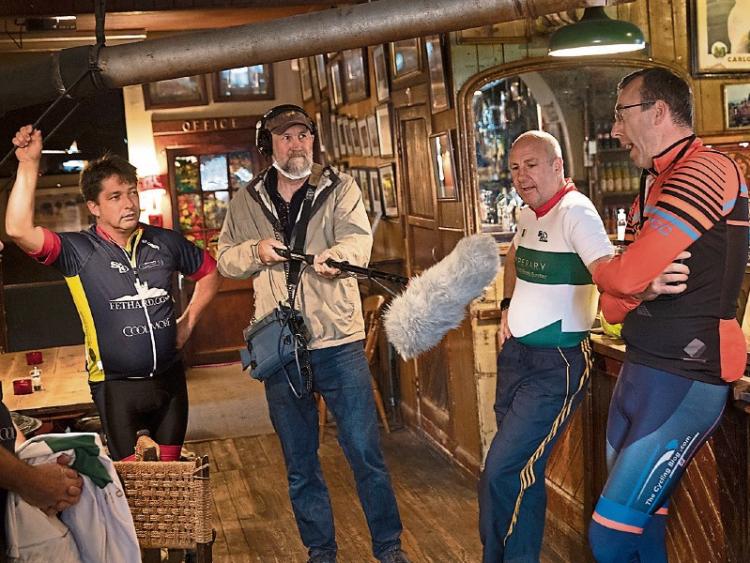 Barry Meehan, talks about road safety prior to setting off from McCarthy’s Hotel in Fethard, as Vincent Jasper Murphy and John Leahy listen on.

On Monday, July 27, 2020,  a group of eight cycling enthusiasts from south Tipperary undertook a mammoth cycle from McCarthy’s Hotel on Main Street, Fethard, all the way to Croke Park, Dublin. The 160km cycle was embarked upon to mark the centenary year of ‘Bloody Sunday’, November 21, 1920, but also was undertaken in memory of local man, the late Gus McCarthy.

One of the participants and the chief organiser of that cycle was Fethard publican, restaurateur and undertaker,  Vincent Jasper Murphy, a grand nephew of Gus McCarthy. Jasper made  the momentous journey all the way to “Croker” on a 116-year- old replica of his grand uncle’s racing bicycle. The 1904 Hercules bike had been painstakingly restored  by him in honour of his  maternal grand uncle in preparation for the  cycle.

Fethard man Gus McCarthy was a member of the ill-fated Tipperary senior football team in Croke Park on that tragic day  100 years ago, lining out at right corner-forward against Dublin. On what was undoubtedly the blackest day in the 136-year history of the GAA, Gus’s teammate Michael Hogan of Grangemockler was mortally wounded by British troops and died on the hallowed turf. Thirteen spectators also lost their lives at GAA headquarters the same day.

The shameful atrocity in 1920 at Croke Park came as a result of the British Army exacting revenge after the IRA had executed a number of British agents in Dublin that morning. 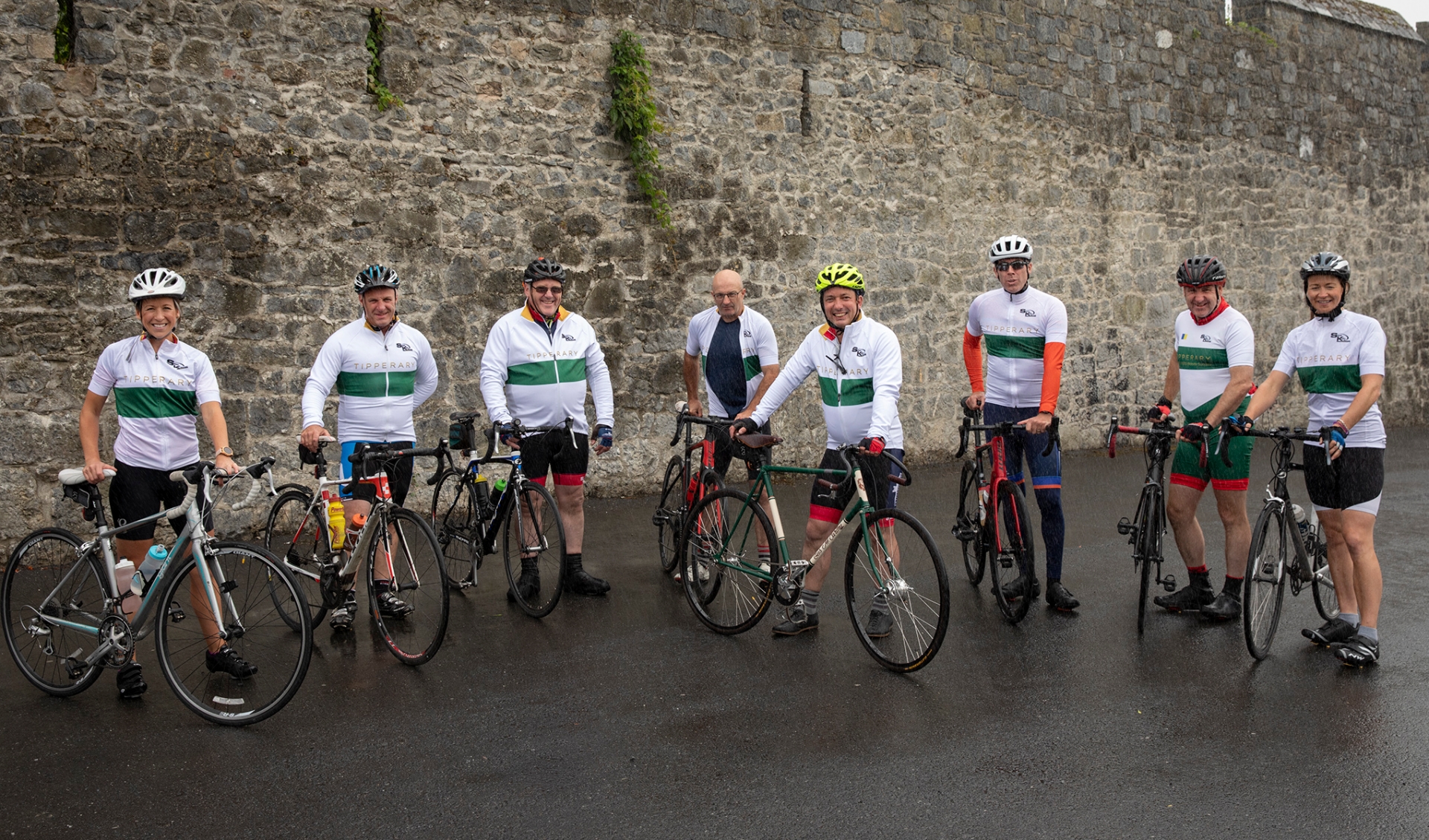 The eight cyclists line up against the walls of Fethard prior to their departure for Croke Park on Monday, July 27 for the Bloody Sunday commemoration cycle. From left, Barbara Ryan, Tom Anglim, Paul Shanahan, Paul Kelly, Vincent Jasper Murphy, Barry Meehan, John Leahy and Madeleine Hearne.

For years Jasper had an idea that a cycle like this would be a great way to remember and honour his grand uncle Gus. All the time that Jasper   was in training and preparing  for the event he was also in the process of making a documentary, bringing together the history of the occasion as well as the actual practical preparations for the cycle on the day.

That documentary was aired  on Sunday night last - Documentary On One on RTÉ Radio 1, 100 Years, 100 Miles, and told the story of a photograph, a bicycle and the events of ‘Bloody Sunday’ 1920.

Jasper was accompanied on his trip to Dublin by seven other cyclists - Barry Meehan, Paul Kelly, Paul Shanahan, John Leahy, Barbara Ryan, Madeleine Hearne and Tom Anglim. It is worth noting that John, Barbara, Madeleine and Tom all represented Tipperary in football in their day.