Gardaí have arrested and charged two men in relation to a burglary in Nenagh, Co. Tipperary on November 17, 2020.

Shortly after 5.30pm, Gardaí from Nenagh received a report of a possible break-in at a vacant apartment on McDonagh Street.

Gardaí attended the scene and found two men, both aged in their 20's, still inside the apartment. They were arrested and brought to Nenagh Garda Station where they were detained under Section 4 of the Criminal Justice Act, 1984.

They have since been charged and are due to appear before Nenagh District Court on December 18, 2020 at 10.30am.

Crime Prevention Officer for the Tipperary Garda Division, Sergeant Tom O Dwyer said "When it comes to home security, we can all do with a few tips. If going out, you should try to make sure your home looks occupied. Use timer switches to turn on lights, lock all doors and windows, store keys away from windows and letterboxes, and use your alarm.

"Taking these simple steps will lessen a home’s vulnerability, deter burglars and protect homes. This winter, be sure to lock up light up." 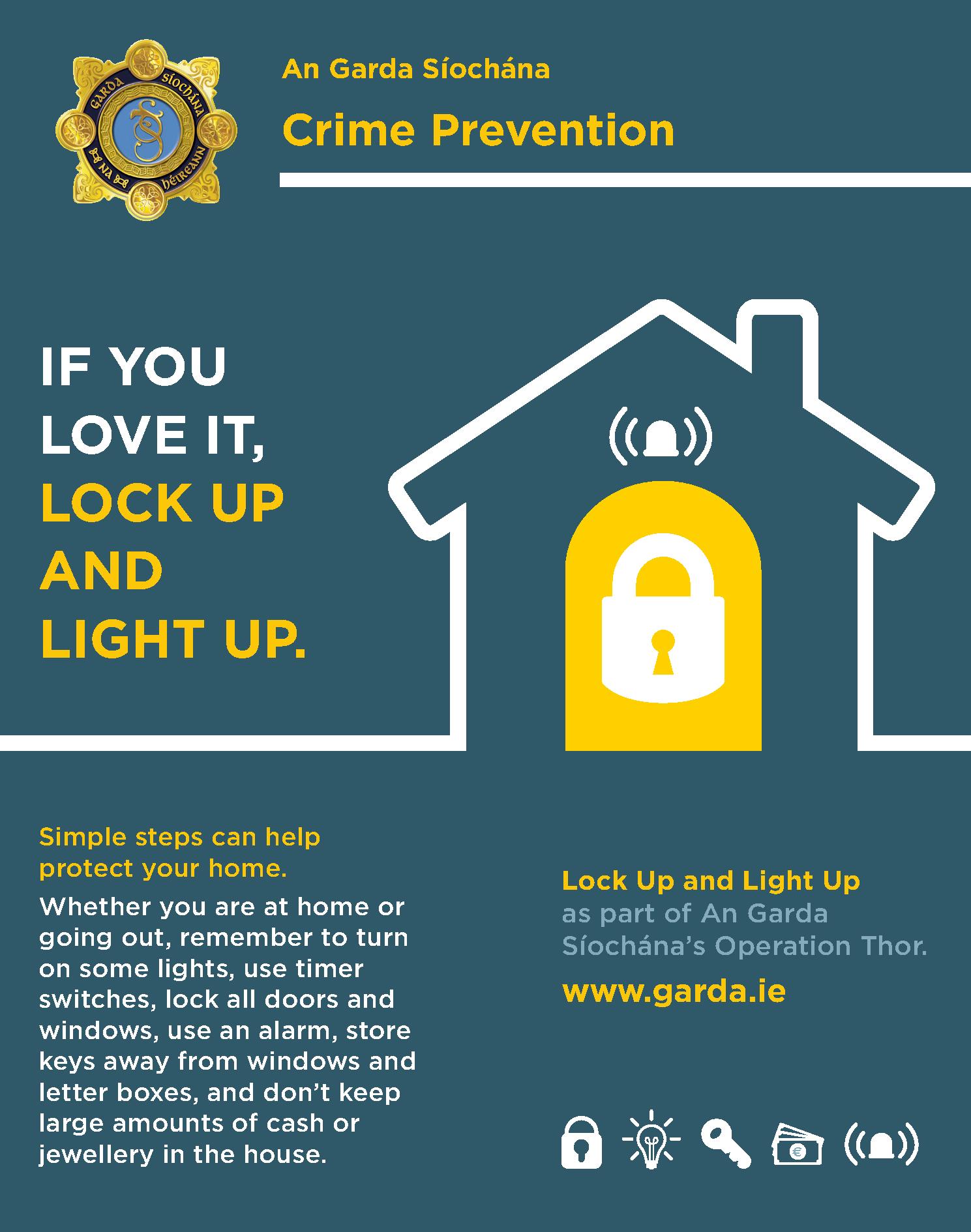