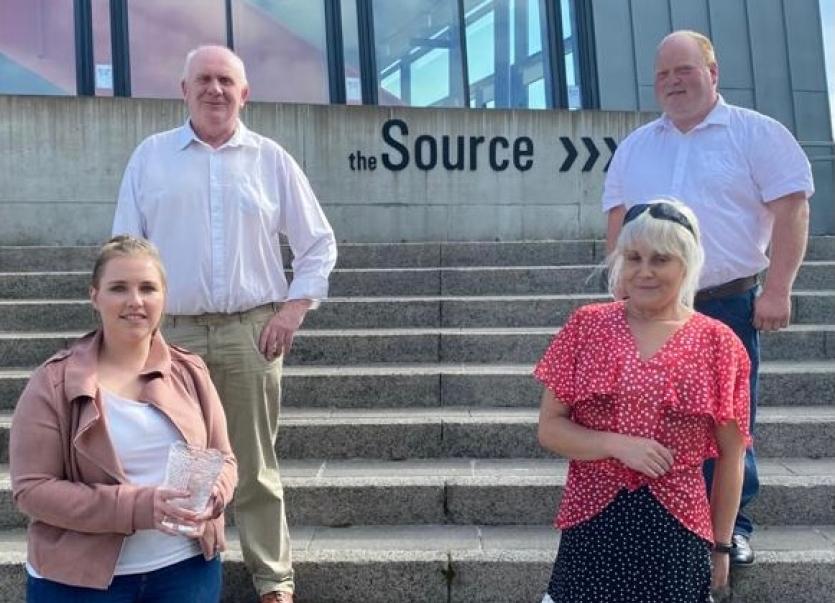 Meggie Fitzgerald has been presented with the Annual Michael Ryan Boland Award at a recent Ógra Fianna Fáil event held in Thurles.

She is currently the secretary of Tipperary Ógra Fianna Fáil, serving in that position for the last three years.

She has been attending Ogra Fianna Fáil meetings since her days as a student in the Presentation Secondary School, Thurles.

The story goes that it was Cllr Seamus Hanafin who brought her to her first Ogra meeting in the Arch Bar, all those years ago.

Cllr Hanafin recalls another Presentation student who went to Ogra meetings in the Arch Bar as former Minister Mary Hanafin.

Meggie hails from a strong Fianna Fáil family with her aunt Bernie Fanneran contesting the local elections in 2019 and her mother Ann a local activist in Roscrea.

“This award is truly deserved and we look forward to following her political achievements into the future. We take this opportunity to thank Meggie for her commitment to the Fianna Fáil organisation and to her hard work down through the years,” said a spokesperson.

The award is presented to a member of Tipperary Ogra Fianna Fáil who has contributed the most during the year through campaigning and policy formation.

The award is named after Michael Ryan Boland, Drombane, a former chairman of North Tipperary Comhairle Dail Ceantair and mentor to the members of Ógra Fianna Fáil over a long number of years.

Mr Ryan has left an indelible mark on the party in North Tipperary and is remembered with much fondness by all those who remember him.