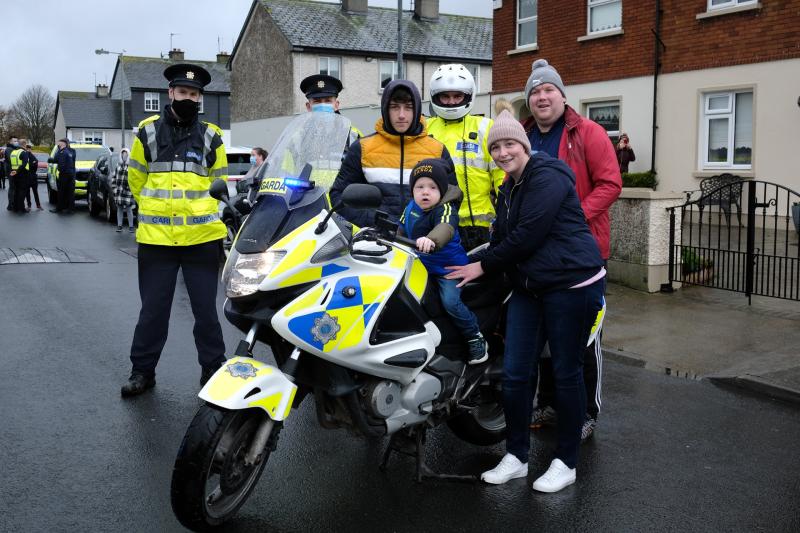 Thurles 'Little Blue Hero, Mikey Doran, pictured with his family members and members of An Garda Siochana after he joined the ranks of the Force as an honorary member Picture: Tom Doherty FIPPVA cr

A Thurles toddler who was diagnosed with leukemia at just ten weeks old has made history by becoming a Little Blue Hero and joining the ranks of An Garda Siochana as an honorary member.

On Saturday three year old Mikey Doran was made an honorary member of the force surrounded by his mum Nicola, dad James and brother Dylan.

“He was absolutely thrilled with the whole day. We told him during the week that Garda Dan was coming to his house with a surprise. He took the whole thing in his stride. He really is an amazing little boy,” his mum told the Tipperary Star.

Crews from Tipperary Fire Services and gardai from Thurles arrived in convoy at Mikey’s home on Saturday morning to surprise the youngster with his own garda uniform. 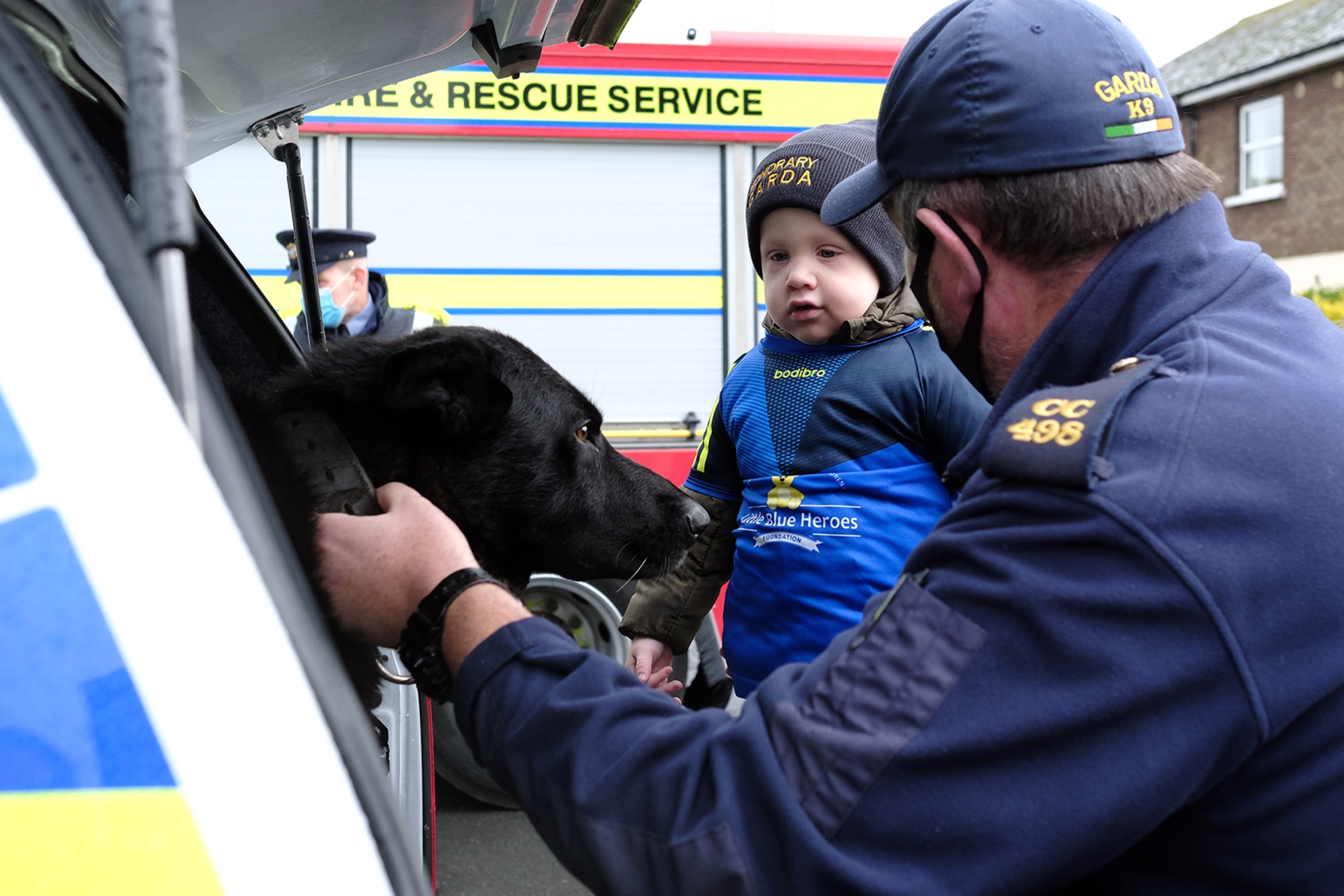 Flanked by his dad, mum and brother, Mikey took turns checking out the various emergency services equipment as well as meeting Garda Pat Harrington of the Garda Dog Unit who had brought his canine companion especially for the occasion.

Mikey, who is a Fireman Sam enthusiast, was particularly impressed with the fire trucks and even got the opportunity to test out the water hose - not bad for a three year old!

Mikey Doran was born on December 13, 2017 to proud parents Nicola Skehan and James Doran and immediately charmed everyone he met with his cherub cheeks and twinkling eyes.

However when he was ten weeks old his family received the shocking news that their youngest son was battling leukemia and would need to start chemotherapy treatment immediately.

This was the second tragedy to strike the family following the death of their beloved son Seán who passed away aged 5 to neuroblastoma in 2016.

After undergoing rounds of chemo, Mikey had a bone marrow transplant when he was seven months old. However the toddler suffered a relapse in May 2019 and was taken to Manchester for Car-T cell treatment.

After responding well initially, the family were dealt another blow earlier this summer when Mikey stopped responding to the treatment and the decision was made for him to undergo a second transplant. 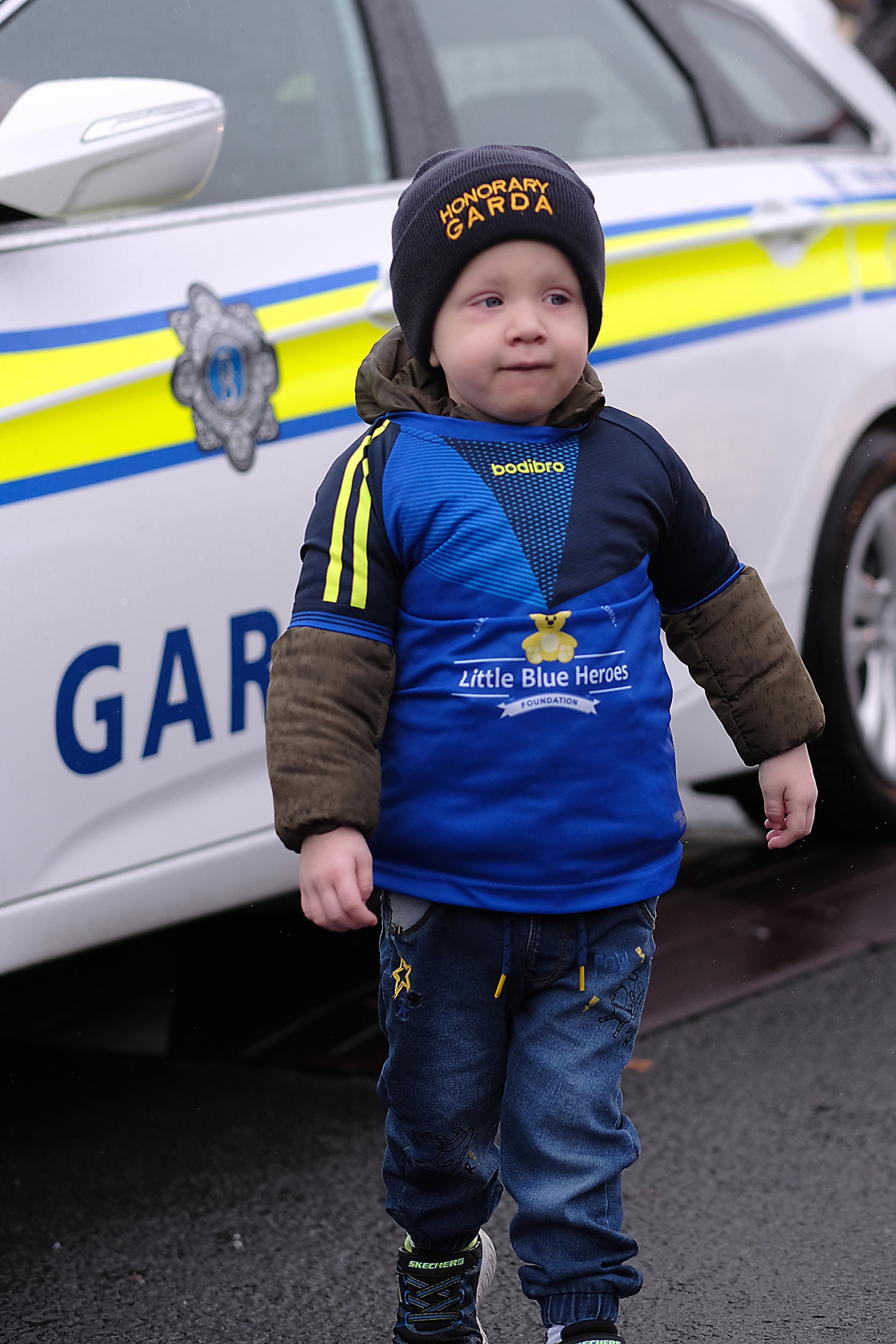 “He is a little fighter, no doubt about it. The doctors say they have no one to compare him too because he’s gone through so much at such a young age,” said Nicola.

“Mikey is a very special little boy and we were delighted to be able to take part in the event on Saturday,” said Sgt John McCormack.

“Garda Brennan is the community policing officer who helped to set it up and got Little Blue Heroes involved. Everyone there on Saturday was in awe of Mikey who shows such courage and bravery every day,” he said.

Little Blue Heroes is a not-for-profit charitable foundation established by Gardaí to help seriously ill children and their families in communities.