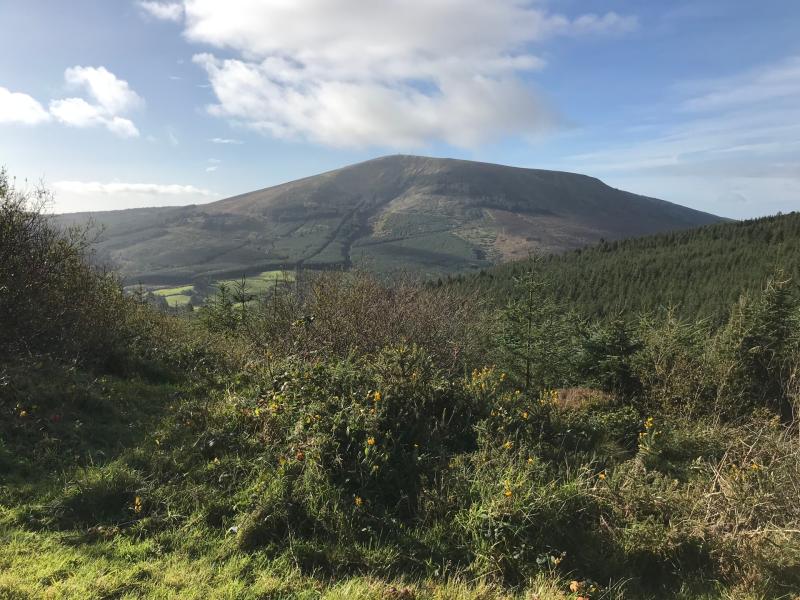 Keeper Hill: 'The raw natural beauty of Tipperary had come up trumps in delivering therapy as people sought out ways of relieving stress'

The cathaoirleach of Nenagh Municipal District Council has called for the National Development Plan (Project 2040) to be rewritten to take account of Covid-19.

Cllr Seamus Morris said that this should be done because post-Covid-19 will be a much different place than pre-Covid-19, and, in his opinion, a better place for those who live in rural Ireland.

“Project 2040 was based on the notion of cramming more and more people to live and work in our major cities which is counterproductive if we are to lower emissions. Putting tens of thousands of workers into cars twice daily to travel to cities was then, and is now, totally at odds with our efforts to transition to sustainable energy and climate action,” he said.

The Independent councillor said he had met many many people who were successfully working from home with a better work-life balance than before.

“A new development plan would show the need for less for resources including the false narrative where Dublin has a water shortage,” said Cllr Morris.

He said that a post-Covid world would show that Dublin City Council and Irish Water had made no effort at all to fix substantial water leaks - 300 million litres of expensively treated water a day - during or after the lockdowns.

He said that a post-Covid development plan would show that water usage in Dublin, particularly with 30% less office workers, would be substantially less than pre-Covid times.

“My constant requests that development plans be more spatially sound may have now come of age with development opportunities being brought to where the resources are (like the Shannon Region), instead of pumping 330 million litres of treated water 170 kms to a city that has no water need,” he said.

Cllr Morris said that it was counterproductive to send workers after the water in pollution emitting vehicles instead of bringing the jobs to the natural resources.

“With Project 2040 using an outdated plan, it is time for us to call a halt now before we make our development plans based on an outdated mother plan,” said Cllr Morris.

He maintained that the €2bn due to be spent on the Shannon pipeline would better be spent on eco-tourism, providing digital hubs in towns and villages and greenways like one along the Nenagh River to Dromineer and promoting rural living.

“I would also say that council-owned sites like Stereame in Nenagh should be promoted for a Vienna style affordable housing project which takes away the notion that people are enslaved by their mortgages so that they can enjoy a better work life balance,” he said.

The cathaoirleach also said that post-Covid Ireland will also show us that the natural resources we had in front of us were our greatest assets.

The raw natural beauty of Tipperary had come up trumps in delivering therapy as people sought out ways of relieving stress.

He said that we all realised that the beauty we had in front of us was sufficient - rain hail or shine - as people took to simple ways of relieving stress whether it be enjoying our walks, forests, or, indeed, our lakes and rivers.

Resources that needed very little funding came to our rescue when we were locked down.

“It has made me realise that we need to look at making Tipperary a premier health wellness tourism destination providing eco-tourism villages in our forests and lakesides. To do this we need to reimagine changing our planning laws instead of disallowing building near lakes and forests we should be encouraging eco tourism and health and wellness villages in our naturally beautiful county. The notion that people wouldn’t holiday at home is now a myth as people have realised that the sound of silence or a running river or a bobbing lake is heaven on earth and therapeutic in the fast world that we had all embraced,” he said.