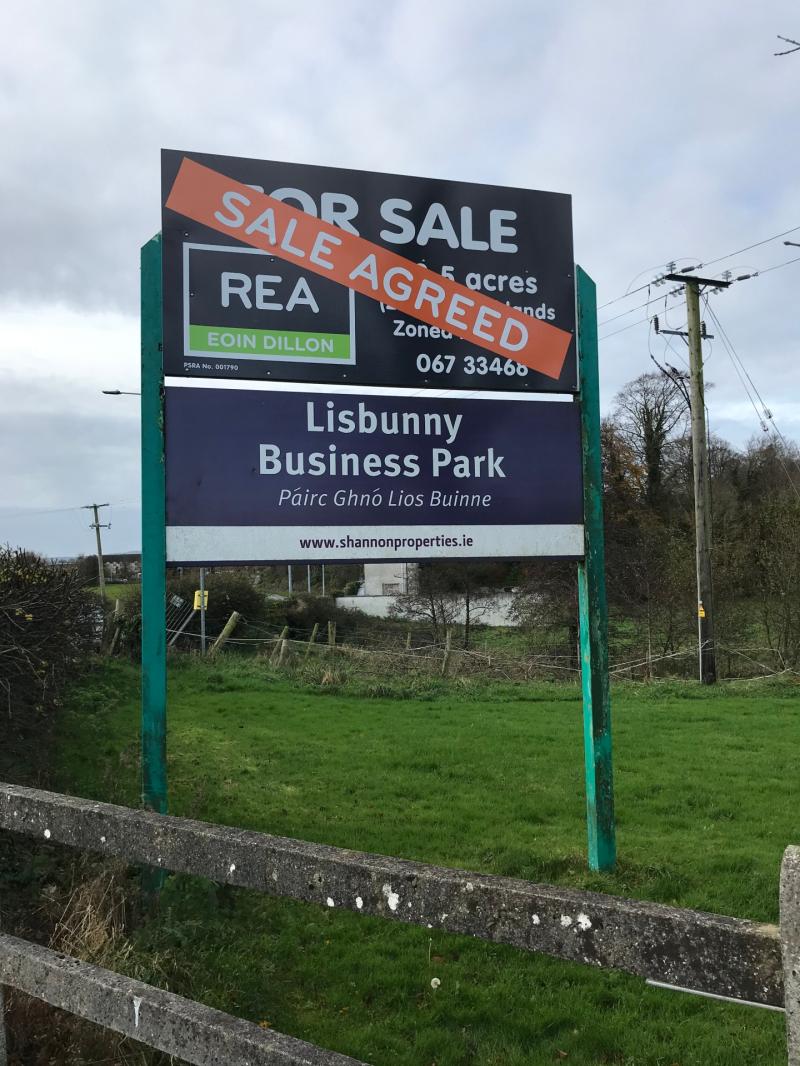 There was a further boost for potential job creation in Nenagh this week with news that Tipperary County Council has bought Lisbunny Industrial Estate.

The 53-acre site, which houses a number of established businesses, stretches from Dublin Road to the Old Birr Road.

The deal was revealed to councillors by district manager Marcus O’Connor at the November meeting of Nenagh Municipal District Council.

The original estate had been owned by the IDA and run by Shannon Development, and Mr O’Connor said that the council felt it was important to acquire the property.

About 40 acres of the site are industrial serviceable land, and Mr O’Connor revealed that the council had already had a few enquiries about it.

The purchase was welcomed by Nenagh MDC cathaoirleach Cllr Seamus Morris, who pointed out that companies such as couriers were looking for bases and the site was close to the M7.

He asked if it would be possible to build a relief road from the Old Birr Road to Dublin Road that would take pressure off the junction for the Borrisokane Road.

Mr O’Connor said that was one thing the council was looking at.

Cllr Joe Hannigan said the purchase showed the council had a vision for the town, while Cllr Ger Darcy described it as a “great move”.

Cllr Michael O’Meara said it was important that there would now be a link back to Borrisokane and Lower Ormond, especially with Nenagh having the potential to be a satellite town for Limerick.

Cllr Fiona Bonfield highlighted that the railway line ran beside the site.

Cllr Hughie McGrath complimented the council on acquiring the site.

He said that he would “do everything I can” to work with the council, other landowners and those who have premises in the estate to develop its potential.

Nenagh Chamber of Commerce’s Denis Finnerty said that the chamber had, from the start, told the council it couldn’t let the site go as available industrial land was quite limited.

“If the council had let it go, it could have been lost to the town. This opens up all kinds of possibilities,” he said.

Mr Finnerty said that Nenagh had industrial and social needs and purchasing the estate would allow the council to plan properly.

“This will help the council insulate against future needs,” said Mr Finnerty.

The is the second large tract of land the council has bought for industrial development. A number of years ago they bought land at Streame industrial and retail park on Limerick Road, where there are plans for industry and housing.