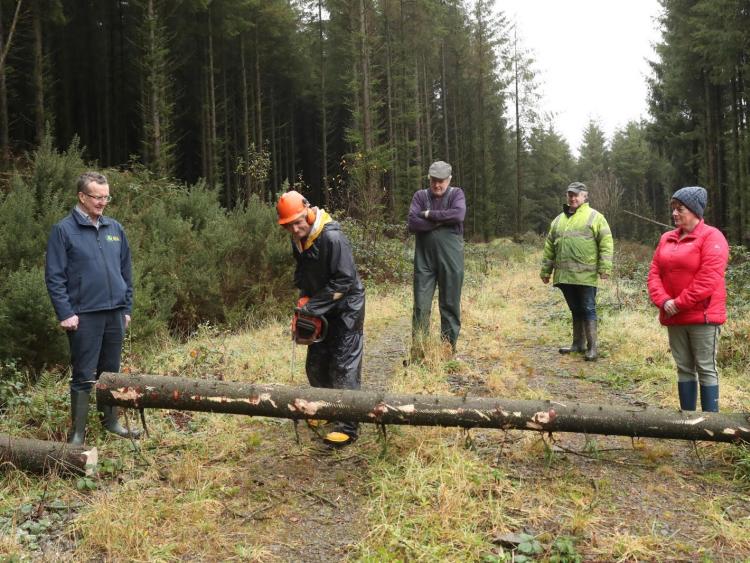 The frustrations being felt by Tipperary forestry owners due to delays in issuing licences has been highlighted to the Tipperary president of IFA and his North Tipperary IFA chair.

There are currently over 2,000 licences held up by the Department.

The backlog of applications arose following a surge in appeals, in connection with regulations for Natura 2000 designated sites.

These regulations require an appropriate assessment of all plans or projects likely to have a significant effect on a Natura site.

Licence applicants cannot commence work, pending the outcome of appeals, and the delays can lead to financial pressures on farmers and on the sawmill industry.

Paddy Ryan of Upperchurch told the North Tipperary IFA delegation of his frustration with the delays in licences being issued.

The delay is causing a massive problem for the farmers and the industry.

“As it stands it will take two years to clear the backlog. The charter clearly sets out a four-month waiting period which is not happening it is a scandal and will be the death knell of the sector. We are all acutely aware of the targets in more trees being planted but who will plant any land when we all see the fiasco that is going on,” said Ms Walsh.

Sean O’Grady of Glenmorgan sawmills in Hollyford operates a thriving business providing employment to over 40 families in rural Ireland.

The crisis in the forest sector is beginning to impact negatively on his business with supplies becoming scarce.

“It is inconceivable that in an area surrounded by timber that he is unable to get the supplies he needs. He is concerned that if this issue isn’t dealt with he won’t be able to operate and this will have serious repercussions on his business and employees,” she said.

He strongly stated that an amnesty to deal with the delays was needed as an emergency provision due to the scale of the crisis and the risk to the future of the forest sector.

“We will continue to highlight this issue until this matter is resolved and our colleagues in other affected counties will be doing likewise,” he said.

Mr Cullinan is meeting both ministers again when, hopefully, they will have a resolution to what Ms Walsh described as a “fiasco”.