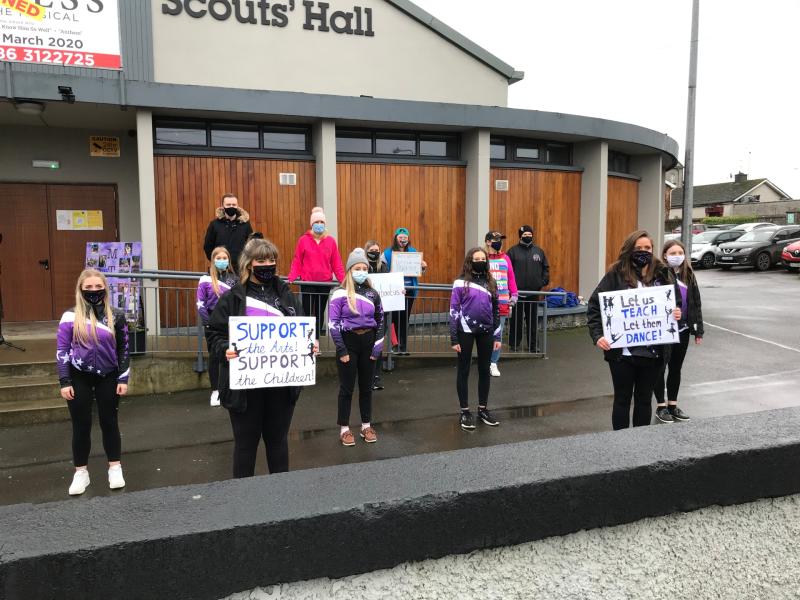 Dance academy owners in Tipperary gathered outside the Scouts Hall in Nenagh at lunchtime this Thursday to highlight that they remain closed under the current Covid-19 restrictions despite other indoor activities including gymnastics, martial arts, indoor playgrounds, indoor trampolines all being permitted to open.

The silent protest was timed to coincide with a similar gathering outside the Dáil at midday Thursday.

However, the Tipperary academies could not attend in Dublin due to Covid-19 travel restrictions.

The current restrictions are hitting around 10 academies in the area, which cater for an estimated 1,000 children.

"All we are looking for is fairness and a level playing field. This situation is too serious now, many dance schools will start to close permanently if this situation doesn’t change. We are representing our country at the Worlds Championships in 2021, we need the support of our Government," said Stephanie Browne of Musical Theatre Academy Nenagh, who organised the event. 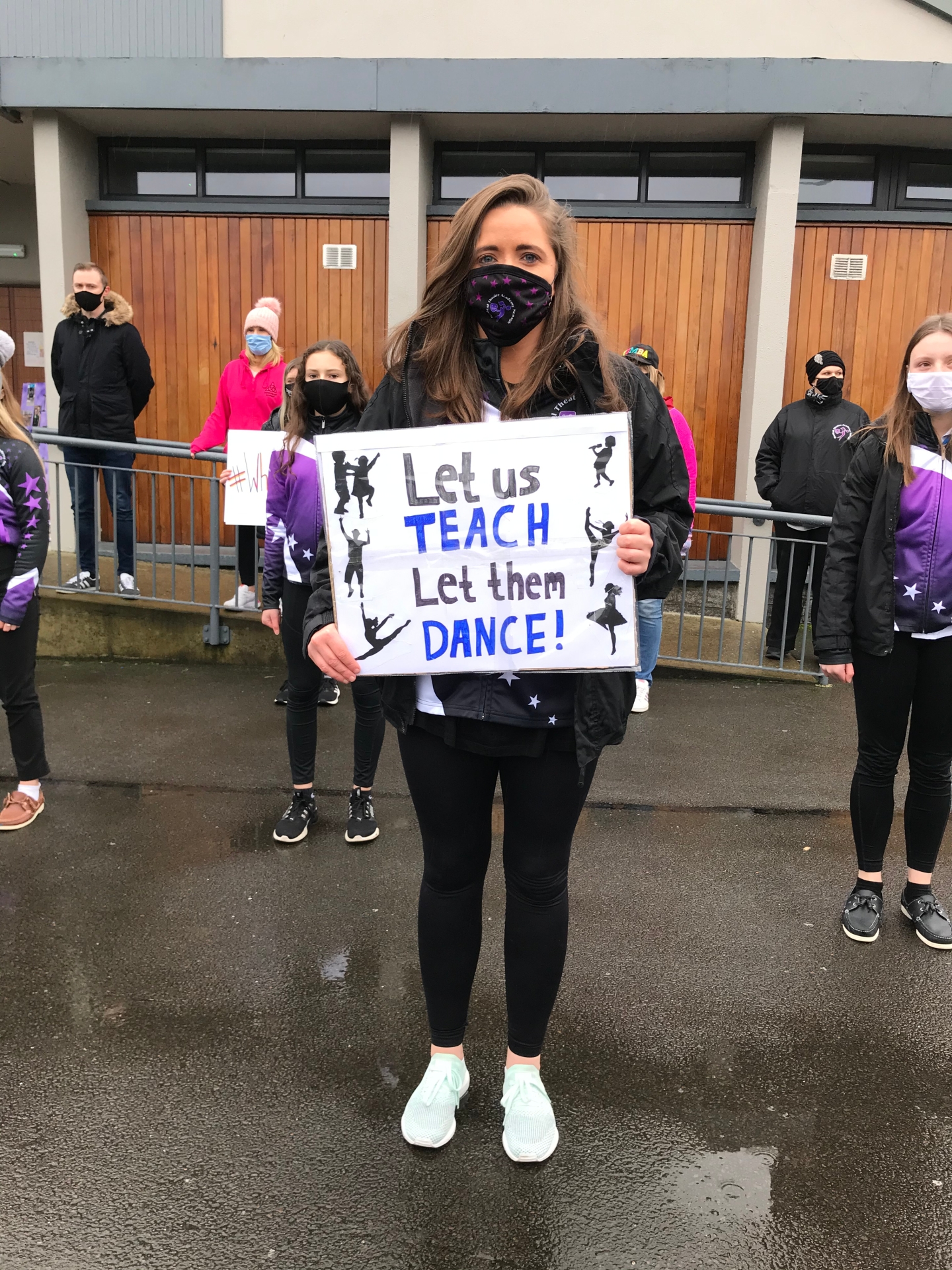 the Scouts Hall for the silent protest

She said that when it came to reopening on December 2, dance and theatre groups had been "mistreated".

"When we were open under Level 2, we had our students in pods and organised classes in a safe way," she said. "Dance is not a contact activity."

She said it was hard to explain how her students could go to their sports training but could not attend dance classes.

Alexandra Mitura of Zumba with Alex, pointed out that Zumba was not just a dance exercise but for some it was part of their community and sometimes their only social contact.

She said she had instigated all safety measure in order to accommodate her classes.

Former world Irish dancing champion and star of Lord of the Dance, Bernadette Flynn, said the gathering was being held in solidarity with those protesting outside the Dáil and said a plan was needed to get them back to their classes.

"The teachers and kids want to go back," said Ms Flynn.