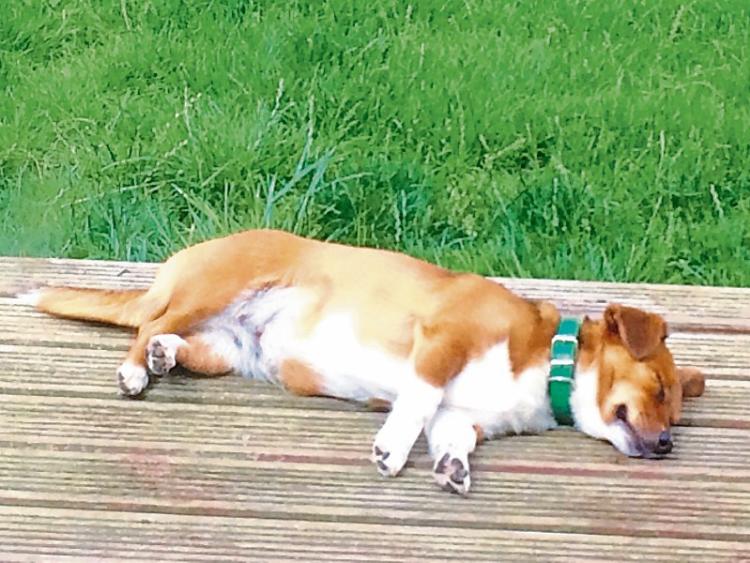 The front page of The Nationalist on May 3, 1980 was in itself an unique edition. For the first time since the foundation of the newspaper - after 90 years of printing - it carried all news on its front page, or as editor Brendan Long wrote at the time “that the cover page had been surrendered to the editor and his staff”.

Prior to then the front page was reserved for advertising only.

The lead story that week was the revelation that the Derrynaflan Chalice finders were Clonmel father and son, Michael Webb and his son Mike. They had actually unearthed the hoard at Littleton in February of that year but until then their names had been kept a secret from the world.

There was another front page story about a Tipperary couple, Mona Hanafin (originally Mona Brady from Clonmel) and her husband Des having a private audience with Pope John Paul II in Rome. It followed on from an special occasion in September 1979 when Pope John Paul II had visited Ireland and while at Limerick was presented with a specially commissioned stations of the cross. The organiser of the gift, Mona Hanafin, Castle Park, Thurles, and formerly Mona Brady of Spring Gardens, Clonmel, who ws unable to go to the Limerick event due to illness. Hence the audience with the Pope in Rome.

THE DOG WHO CAME BACK FROM THE DEAD

Finally, there was a story about a dog in Ballinure called “Crook” who “died” and was buried only to come back to life after 26 hours. The dog belonged to Philip Hayde and was resurrected by “Crook’s” companion “Rusty”.

When Crook, the terrier, was recently badly injured by a car, his owner, Philip Hayde from Ballinure, tried in vain to nurse him back to health. The dog’s back was injured and he was bleeding from the mouth. On a Saturday evening lately Crook died and his master sorrowfully buried him.

Some twenty-six hours later, on Sunday evening, Mr Hayde’s sister looked out the window and was attracted by the fact that Rusty, their second dog and Crook’s companion, was frantically digging at the site of Crook’s grave. Brother and sister went out to investigage and arrived just in time to see Crook, bouncing happily from the soil.

Philip, who works as a gardener, still finds his luck hard to believe. “I nursed him with whiskey and brandy” he told our reporter, “but the poor dog was dead out.” But after Crook returned from the grave, with an uncanny assist from Rusty, Mr Hayde brought him to a vet in Killenaule on the following Monday.

“I told him what had happened and he believed me. He said that the dog had obviously gone into a deep coma. The roof of his mouth was split and he had a fractured pelvis. If I had brought him to the vet the first time, he would have put him down, but he moved his head around and checked him and said if there was no brain damage, the dog had a chance of living.”

“He can’t jump up now because of his bqack, but he’s as good as new,” said Philip. “I told some of the locals and they wouldn’t believe me, but it’s true.”