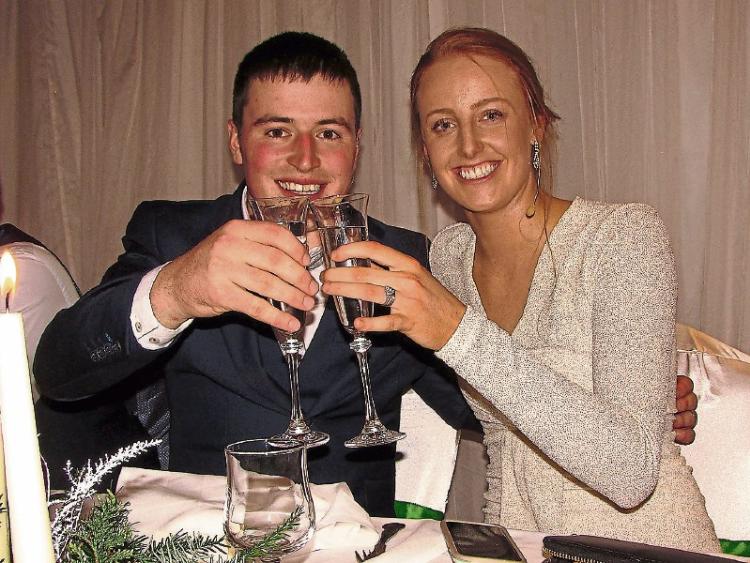 The following is a selection of the stories that were making the news in December  2019 in The Nationalist.

On  Saturday, November 30, 2019, Cahir GAA and the Cahir Ladies Football Club staged an unique fundraising event in the form of a mock wedding when James and Aisling finally tied the knot.

From start to finish the guests in the packed ballroom of Cahir House Hotel were treated to great acting and great laughter from the brilliant cast who did themselves proud.

From the priest Tadgh Howard, the bride Aishling Moloney and groom James Walsh, all the bridesmaids, bestmen, mums and dads of both bride and groom, Tommy Barrett and Mags Delahunty and everyone in-between, it was a magnificent success totally enjoyed by one and all present for the occasion.

At Clonmel Circuit Court in December 2019, a Clonmel father and son received 20-year and 17-year prison terms for  a late night burglary and vicious, frenzied attack on a Clonmel taxi driver and his son in their home using a hammer, golf club, wooden bat and knife as weapons.

Judge Patrick Meghan imposed 20 years jail on Robert Devine (43) (pictured)  and suspended the final eight years of the sentence, and sentenced his son Lee Kelly (20) to 17 years jail with the final 10 years suspended.

He handed down these jail terms after hearing how Devine and Kelly, broke into the home of PJ O’Reilly at 61 Highfield Grove, Clonmel with their faces masked and armed with weapons in the early hours of December 17, 2017.

PJ O’Reilly was viciously beaten and stabbed in the leg and feared for his life as Devine shouted at Kelly to “kill him, finish him off”. His son Brian suffered injuries to both his hands and escaped from the house in fear for his life by climbing out a bathroom window.

The court heard Devine, who has previously served a sentence for manslaughter, and Kelly, an accomplished boxer, broke into the O’Reilly home over a €50 debt Brian O’Reilly owed Devine.

Sentencing both men, Judge Meghan said this was a life changing event for the victims, whose sense of security was taken away and enjoyment of their own property was gone because of the defendants’ actions.

Devine and Kelly pleaded guilty at the court to committing burglary at 61 Highfield Grove and assaulting and harming PJ and Brian O’Reilly.

Several other charges proferred against Devine and Kelly were taken into account by the judge.

The incumbent Mayor of Clonmel Cllr Garret Ahearn and his wife Laura were celebrating the birth of their first child, when  Jamie Liam Ahearn  was born on Wednesday night, December 11.

“We are totally overwhelmed and  delighted at the birth of our new baby boy. This is such a fantastic Christmas present.  I am so proud of my amazing wife Laura. We’re looking forward to spending some special family time together with Jamie over the holiday season. We would like to thank everyone for their well wishes and congratulations,” said the Clonmel mayor.