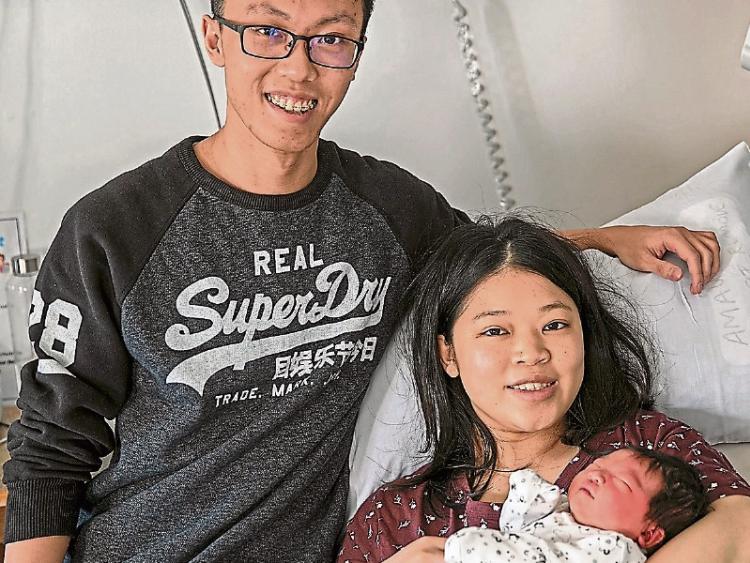 Baby girl Remi, who was born to parents Calvin and Chia Leong, at 3.30am on New Year’s Day 2020 at South Tipp General Hospital, Clonmel.

The following is a selection of the stories that were making the news in January 2020 in The Nationalist.

In early January 2020 there was double tragedy in Clonmel in the space of a few days when two local men died in tragic accidents.

Father-of-three Maurice Fehilly (54) from Seskin, Kilsheelan, but formerly of Clonmel, was tragically killed in a motorcycle crash on the N24 road between Tipperary Town and Limerick.

Mr Fehilly died when the motorcycle he was driving was involved in a collision with a van on the N24 outside the village of Dromkeen between Tipperary and Limerick shortly before 5pm on Saturday, January 4.

A Clonmel man, Toddy O’Brien, aged in his mid-70s, suffered serious head injuries in a collision with a cyclist while walking in Clonmel on Monday evening, January 6, and died two days later from his injuries at South Tipperary General Hospital.

While out walking he was involved in a collision with a male cyclist along the N24 Clonmel Bypass at Glenconnor Upper.

The tragic death of a 48 year-old Carrick-on-Suir man at his home in Portlaw, Co Waterford on Saturday, January 11, 2020 caused deep shock and sadness in his hometown where he was laid to rest the following Wednesday.

The late John Butler, a native of Treacy Park in Carrick-on-Suir,  was remembered by those who knew him as an unassuming, lovely person, a gentleman  with a happy-go-lucky temperament.

His 21 year-old son, Stephen, was due to appear before Carrick-on-Suir District Court, the day after the burial, charged with assault causing harm.

There were joyous scenes at South Tipperary General Hospital as two babies entered the world in the early hours of New Year’s Day.

The second baby born at Limerick’s University Maternity Hospital on New Year's Day was to a mother who runs a bar and guesthouse in County Tipperary with her partner.

Ashley Barron,  first baby was born at 4.33am. She and her partner MJ Buckley operate The Junction Gastro Bar and Guesthouse at Limerick Junction.