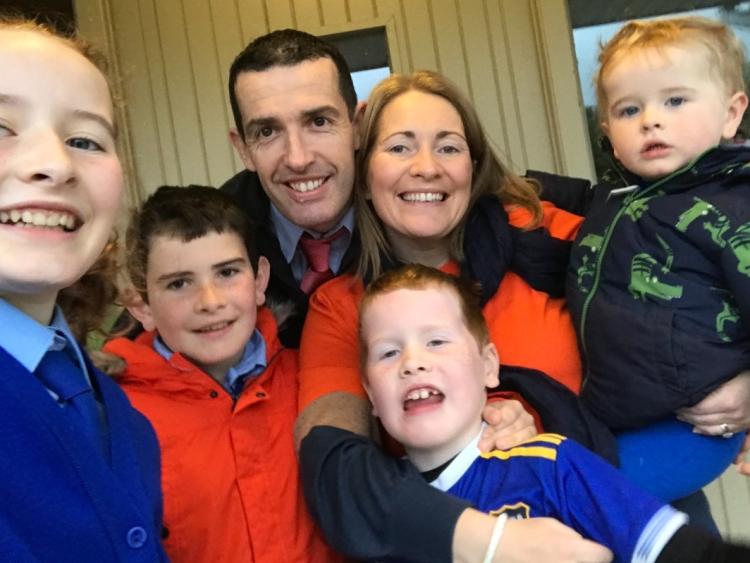 Cian with his parents Mike and Olivia and his siblings Suin, Michael and Tadhg

A major fundraising effort is underway in Tipperary to help a seven year old child who suffered a severe stroke last year.

Cian Conway was a junior infant pupil in Lissenhall NS when he fell ill suddenly at home in May, 2019.

His parents Mike and Olivia rushed their little boy to hospital where they were dealt the devastating news that their child suffered a severe stroke and required emergency surgery.

Later they learned Cian’s stroke was caused by a reaction to the chickenpox virus, which happens to 1 in 100,000 children.

Cian was transferred to Crumlin Hospital, however his condition deteriorated on route. The operating surgeon explained the severity of the situation to Cian’s parents giving him just a 20 percent chance of survival.

The surgeon had never carried out a similar procedure on a child of Cian’s age before and his medical devices were sized for adults.

After his surgery, Cian remained in an induced coma in the hope that the swelling to his brain would reduce. However an emergency brain scan revealed the news that no parent ever wants to hear and Cian was given just hours to live.

A final option for the young boy was to undergo a craniotomy surgery to remove the left side of his skull bone in the hope that the extra space would reduce pressure on his brain.

Even with this option, his parents were advised that he would most likely still have serious brain damage.

Afterwards, the surgeon remarked “the ball is in Cian’s court” and amazingly Cian’s competitive, fighting spirit took over, and against the odds, he pulled through.

After a critical week in Crumlin’s ICU, Cian was transferred to the ICU in Temple St. Hospital.

The move was a positive one, with Cian showing slow but steady signs of improvement; coming off the ventilator and breathing for himself. During those early days, the flicker of an eyelid, twitch of a muscle and squeeze of a finger were all much-cherished experiences.

Cian was moved to St. Gabriel's Ward, where he was gradually weaned off medication and when he woke up, he was unable to speak, move, or do anything for himself. He would have to relearn everything.

Very early the decision was made by Cian’s family that he would not be left alone and would have someone with him 24/7.

With the amazing support of family, friends, employers, and Hugh’s House (accommodation for parents of long-term patients), his parents stayed by his side.

After a month, Cian had further neurosurgery. He had a left-side brain injury which resulted in right-side body weakness. He was still unable to speak and was now a wheelchair user, with new daily struggles and challenges.

With the help of Bumbleance (Children’s Ambulance Service), Cian made his first weekend trip home to Tipperary at the end of July.

Cian stayed in hospital from Monday to Friday for rehabilitation therapies, returning home at weekends to his family. On the day Tipperary won the All-Ireland, Cian took his first steps, once again moving the goalposts and surprising medical staff, some admitting they never anticipated this happening.

Cian’s steady recovery also meant he was too well to be a patient in a clinical hospital setting however a bed in the National Rehabilitation Hospital was currently unavailable.

After five months Cian was discharged from Temple Street to continue his rehabilitation journey with local services while waiting on the NRH. 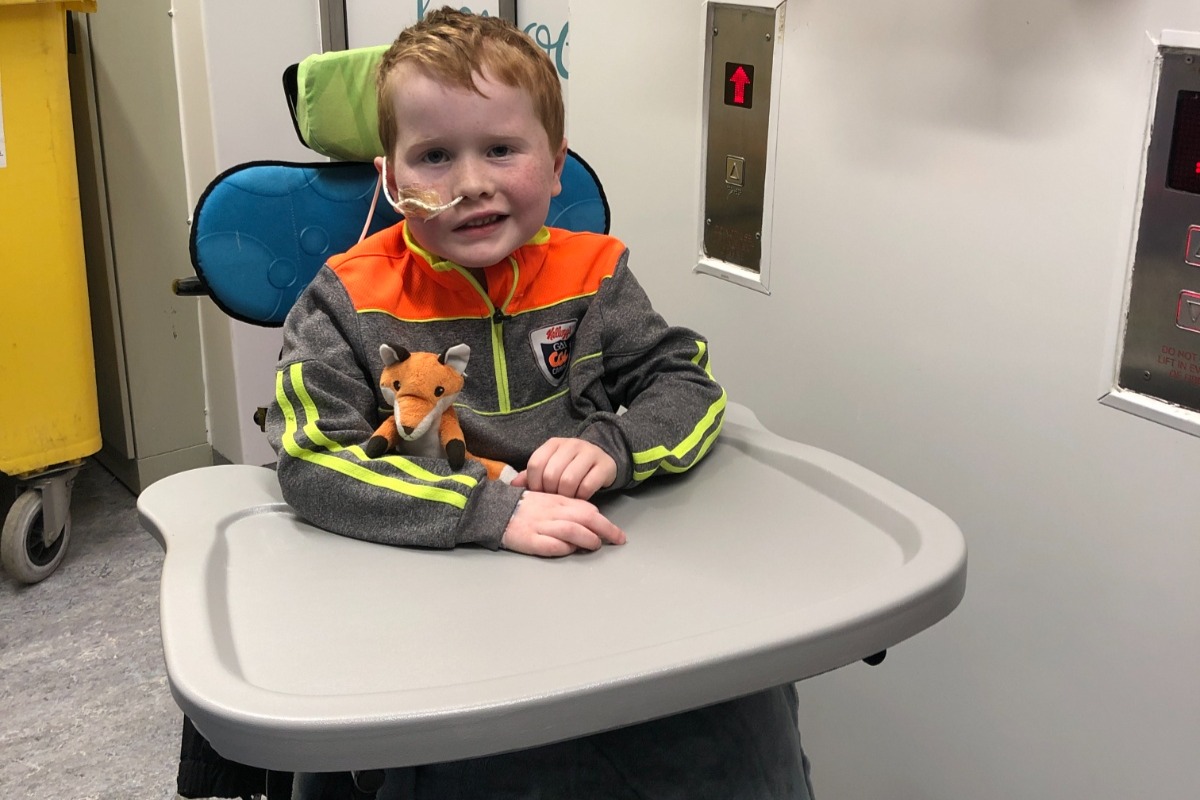 However during his time at Temple Street, Cian was receiving 10-15 therapies weekly, including daily Physiotherapy, Occupational Therapy and Speech & Language Therapy.

Doctors advised that Cian needed to continue to receive this level of therapy to ensure his recovery continued.

Although Local Services in North Tipperary categorised Cian as a Priority 1, they could only offer one weekly therapy.
The following months saw Cian at home in the care of his parents, amid much anguish, despair, and frustration at the lack of services available.

At the end of November, he was admitted to the NRH for intensive rehabilitation. He responded very well to therapies and made progress.

In February 2020, Cian was discharged from the NRH to continue his rehabilitation with local services and with a plan to return to the NRH in April/May. However when Covid struck, local services were impacted.

Between February and October 2020, Cian met with a physiotherapist three times and once with a speech and language therapist.

Due to Covid, Cian’s re-admission to the NRH was delayed until October and by then his range of movement had deteriorated since his discharge in February due to lack of therapeutic intervention.

Thankfully, Cian responded again during his four weeks there, proving the benefits of regular and consistent rehabilitation therapies.

Against all odds, Cian has had a remarkable response to surgery, medical treatment, and initial rehabilitation therapies. His strong, fighting spirit has won battles in the critical early days and he continues to do so daily, leading many medics along the way to call him a miracle.

Cian is now at a stage where he needs extensive rehabilitation therapy to regain mobility, motor skills and speech. This will enable him to experience life to the fullest as every child should; being able to play the games he loved and communicating with his family and friends. At his most recent discharge from the National Rehabilitation Hospital (NRH), in November 2020, it was advised that Cian needs weekly intensive Physiotherapy, Occupational Therapy, and Speech & Language Therapy to enable his recovery and optimise his potential for success.

His Temple St. consultant also identified these therapies as critical needs for Cian to enable him to achieve the best possible outcomes. He will continue to need these services for many years to come with estimated costs in the region of €15-20,000 per annum.

Cian and his family have come so far but still have a long and arduous road ahead. A fundraising page has been set up to ask for your help, to get Cian these crucial therapies.

To date over €53,000 has been raised for Cian’s rehabilitation fund through a GoFundMe account online.