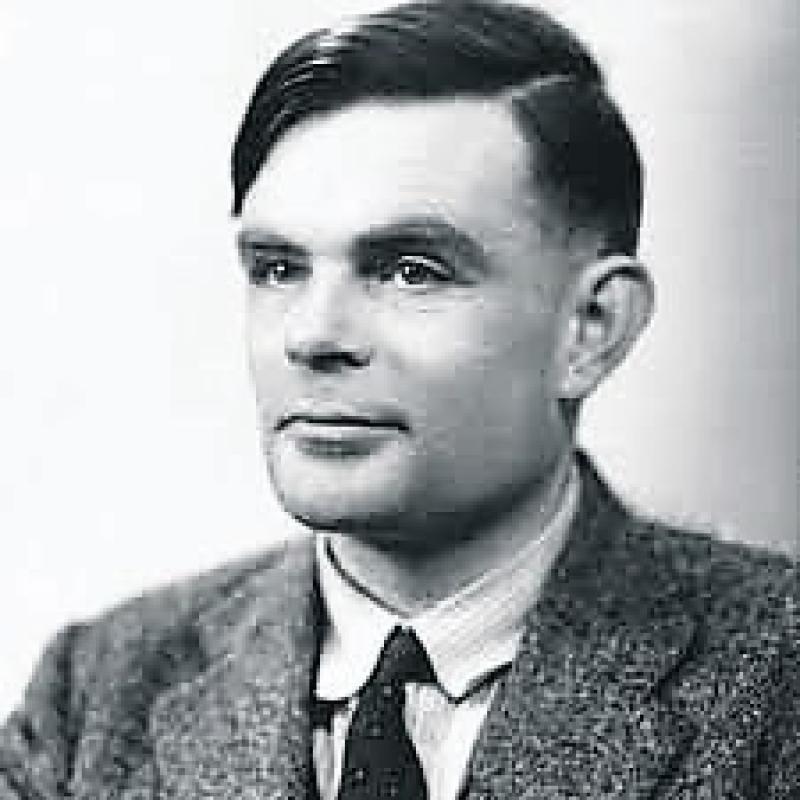 Alan Turing: The UK government has replaced the Erasmus student programme with one called after the Enigma codebreaker whose mother’s family, Ethel Sara Stoney, hailed from Borrisokane

When the UK leaves the EU this Friday, among the many EU benefits it will wave goodbye to is the Erasmus international student exchange programme which has allowed hundreds of thousands of UK students study for a year in Ireland and other countries in the EU.

Perhaps Desiderius Erasmus Roterodamus (1469 - 1536) the Dutch philosopher and Christian scholar who is widely considered to have been one of the greatest scholars of the northern Renaissance, was a bit too European for the Brexiters, that they decided to bring in their own version of the student study scheme.

They are to replace Erasmus, who taught at Oxford, with a scholarship honouring Englishman Alan Turing, the man who broke the German Enigma Code during the second World War and whose story featured in the movie, The Imitation Game.

But few will be aware that Tipperary can also lay claim to Turing.

His mother, Ethel Sara Stoney, belonged to a family that once resided at Tombrickane, Kyle Park, Borrisokane.

The Stoney family were once prominent landlords in North Tipperary.

Their local seat, Arran Hill House near Borrisokane, used to have a big stone step at the door, the significance of which was that “your money (rent) was welcome beyond it, but not yourself, thanks all the same”.

Arran Hill House fell into dereliction over the decades, to the point where nobody crossed the step any more. And today the stone is serving a different purpose, as a bench in Borrisokane’s town park.

Ethel Sara Stoney (1881–1976), was born on November 18, at Podanur, in the city of Coimbatore in Tamil Nadu, India, the daughter of Edward Waller Stone, Borrisokane, and Sarah Crawford, Cartron Abbey, County Longford.

Educated at Alexandra School and College, Dublin, and at Cheltenham Ladies College, before attending lectures at the Sorbonne in Paris, she returned to join her parents in Madras, preferring to use her middle Christian name that of Sara.

Sara Turing’s son Alan Mathison Turing, was born on June 23, 1912, and would be regarded as being one of the greatest figures of the 20th century.

A brilliant mathematician and cryptographer, Alan was truly the founder of modern day computer science and artificial intelligence and designed a machine to help break secret Enigma encrypted messages being then circulated by the Nazi German war machine during World War II.

On his death in 1954, Alan Turing was cremated at Woking Crematorium, St John’s, and his ashes scattered.

Ethel Sara Stoney died during the early part of her 95th year, on March 6, 1976, at Stoneycrest, Churt Road, Hindhead, Surrey, England, and, like her son, she, too, was also cremated.