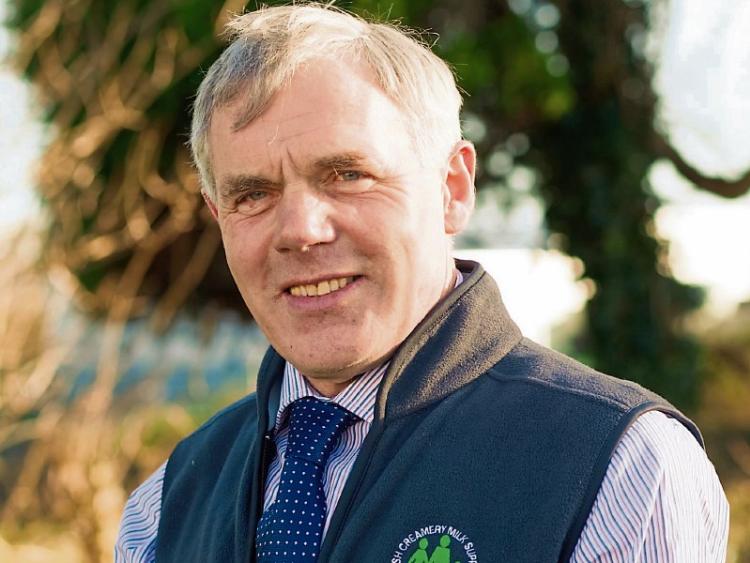 Having reviewed market returns throughout 2020 and the corresponding milk price paid to farmers, the chairperson of ICMSA’s Dairy Committee said that while the association conceded that Irish milk processors had faced a highly challenging year in terms of Covid uncertainties, very significant returns had nevertheless been achieved and co-op boards should now recognise that reality by paying a year-end bonus to their supplier-members.

Ger Quain, said that the payment was completely justified both as a proportionate share of co-op profits and in recognition of the huge contribution made by farmers in maintaining an ongoing supply of nutritious food products to the public throughout the most intense periods of pandemic.

The dairy chair said that dairy markets had showed considerable improvements post lockdown in April and clear evidence of this could be seen from the Ornua returns and other dairy market indicators - including farm gate price paid to farmers.

He pointed out that the objections made by ICMA at the time that the March and April milk price cuts were premature had been completely vindicated.

But he also noted that the price cuts could be attributed to justified concerns about the incredible disruption caused by Covid-19 and anticipated fall in demand, and, therefore, could reasonably be interpreted as a pre-emptive short-term measure to protect the business.

Mr Quain felt the same caution was still being applied in the latter part of 2020 as the possibility of a no deal Brexit hung over the industry keeping prices at the lower end of expectations.

“We are now in a position”, according to Mr Quain, “to confirm a reasonable continuation of our British business.”

He said that it seemed very fair to ask the co-op boards meeting shortly to set December prices to include a market based top-up payment for all milk supplied in 2020.

Mr Quain said that no-one could seriously dispute that market returns were better than anticipated and that fact should now be recognised in the form of a year-end bonus to be paid to co-op milk suppliers.