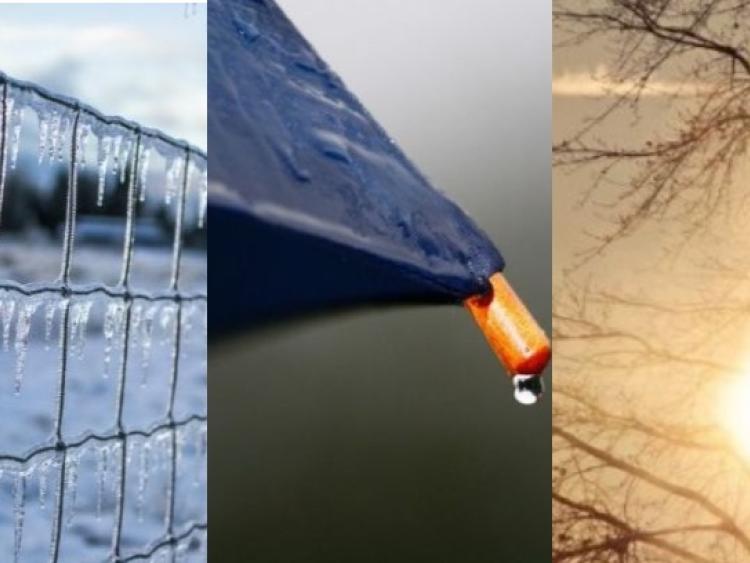 Ireland weather forecast for the weekend from Met Eireann

The weather forecast for Ireland for the weekend is for the weather to turn less cold and more changeable on Sunday although there is still some very cols weather to come in the interim.

The weather forecast for Ireland for Friday is for there to be widespread frost and ice with maximum temperatures of only 1 to 5 degrees. Overall it will be dry with bright winter sunshine, however a few wintry showers will affect Connacht, Ulster and possibly coastal parts of Leinster. Northerly winds will be mostly moderate, and strong on southeastern coasts. A severe frost will set in quickly after dark on Friday evening.

On Friday night there will be further widespread, severe frost with icy stretches. It'll be predominantly dry with clear skies and just a few patches of freezing fog. Minimum temperatures of -7 to -3 degrees in mostly light, variable winds.

The weather forecast for Ireland for Saturday from Met Eireann is for frost and ice to slowly clear to leave a mostly dry day with sunny spells. However, it'll be cloudier in the northwest with the chance of a little patchy rain there. After an extremely cold start, maximum afternoon temperatures will range 2 to 5 degrees. Some patches of light rain or drizzle in the west and north on Saturday night but dry in most areas with some clear spells. Minimum temperatures -2 to +4 degrees, coldest in the south with another fairly widespread frost away from Atlantic coastal areas.

The weather forecast for Ireland for Sunday from Met Eireann is for many areas to be dry on Sunday with a mix of cloud and some bright spells. There'll be patches of rain drifting in to affect Atlantic coastal counties at times with perhaps more persistent rain on the north coast. Maximum temperatures of 5 to 8 degrees in moderate west or southwest winds. Rather cloudy overnight with further patches of light rain in parts of the west and north but mostly dry further south and east. Minimum temperatures of 3 to 7 degrees in fresh southwest winds.

According to Met Eireann, current indications suggest Monday will be an increasingly breezy day with scattered outbreaks of rain spreading across the country from the Atlantic. Maximum afternoon temperatures will range from 7 to 10 degrees in fresh and gusty westerly winds. Further scattered outbreaks of rain on Monday night with more persistent rain possible in the northwest. Minimum temperatures of 5 to 8 degrees in fresh southwest winds.