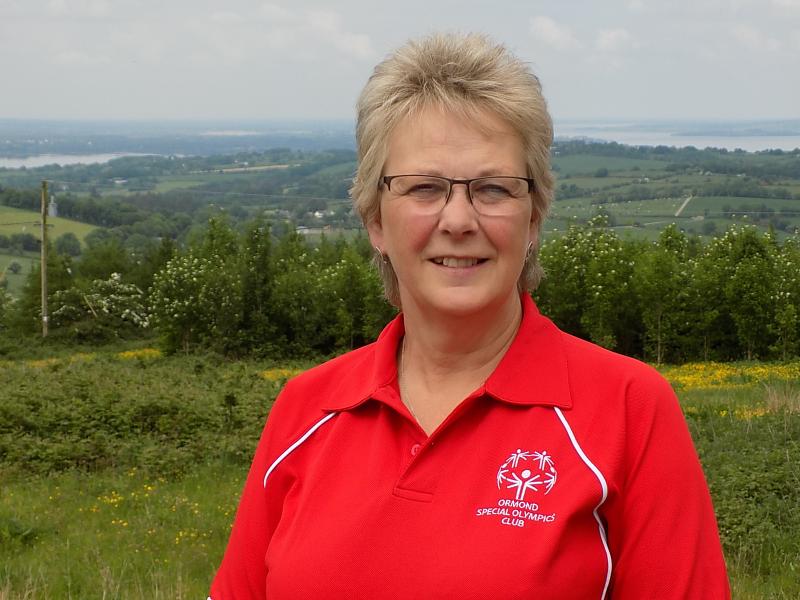 Pauline Nugent: to be honoured for her work with Ormond Special Olympics

Portroe’s Pauline Nugent will receive nationwide recognition for her dedicated work with Ormond Special Olympics Club this week when she is be awarded the Tipperary award at the virtual Federation of Irish Sport Volunteers in Sport awards.

Another local hero, Tomas Quinlan of Moneygall FC, will also be honoured for his volunteering in soccer.

Pauline is a kind, caring, empathetic, encouraging, patient and wonderful person, who has been involved with Ormond Special Olympics Club for 20 years.

She has held seven international duties, she is an Athletics Official at the World Games and continues to be involved with Munster Special Olympics to ensure that all athletes reach their potential.

Pauline gives her all when coaching, dedicating the time to get to know each athlete, their strengths and weakness and encouraging them to be the best that they can be.

Not only does Pauline encourage the athletes, she also encourages the volunteers and supports the committee and parents.

She also acts as a mentor to the older athletes completing the ALPS programme.

Pauline is a wonderful, supportive woman who spends her time supporting the Special Olympics family and will be honoured this week at the special virtual awards ceremony.

Tomas Quinlan got involved in Moneygall FC early after its inception in 1978. Tom commenced playing and was instrumental in setting up the underage structure in the early 1980s.

He has coached all age groups throughout the years and managed and maintained club facilities. He was always out early to cut and line the pitch and he organised land to lease each season, so the club had a home.

Tom also got involved in the North Tipp league and acted as registrar for the schoolchildren’s league for 10 years. Tom continues in his role as Treasurer - a position he has maintained for nearly 20 years. He was instrumental in fundraising that allowed the club to purchase and develop their own grounds.

Tom developed a club that his kids could enjoy and today, he has the satisfaction of seeing his grandchild now benefit from something he stuck with for 40 years.

The awards, which are sponsored by EBS Mortgage Masters, will be held this Wednesday.