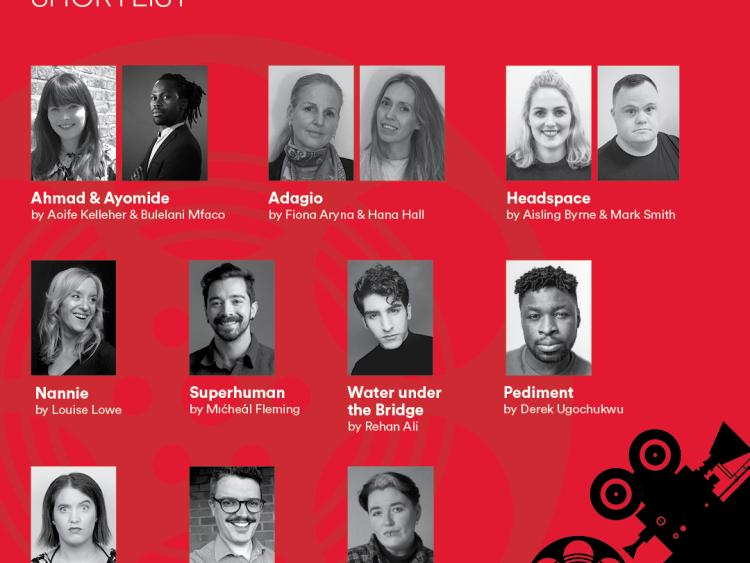 Ten new submissions have been shortlisted to participate in the 2021 Virgin Media Discovers and Screen Ireland Short Film Competition, which has an overall fund of €150,000.

The shortlisted projects, selected from over 600 entries, will each now receive €9,000 to further evolve their ideas with a script writer, with two of these projects ultimately to be chosen by a renowned judging panel for final production.

This year, the competition is even bigger through a partnership with Fís Éireann/Screen Ireland, offering support to develop scripts and bringing new film concepts to a wider audience, which is at the heart of the prize fund this year.

The 10 shortlisted projects are:

An up close and personal meditation of those at the frontline of addiction and homelessness.

A tragic love story set in a direct provision centre.

A teen violinist desperate to make an audition falls foul of a Garda whose harshness stems from his own heartache.

After being rejected from professional football and diagnosed with Retinitis Pigmentosa, an African Irish Leaving Certificate student is guided towards the Paralympic games, all while learning to deal with his new identity and the discrimination that has surrounded him all his life.

After a long journey, Bilal and his mother have come so close to tasting freedom. Now the restrictions of hostel life keep him from true liberty.

A precocious biracial boy embarks on a day’s journey to reconnect with an estranged relative, unaware of a long-existing dispute between both sides of the family.

On the night of a transphobic attack a transgender comedian processes her feelings the only way she knows how, via stand-up comedy.

A girl with no gravity struggles to find her place on the world.

A group of queer friends reunite at the funeral of their trans friend, only to find her conservative family is burying her under her dead name and refusing her last wishes. They team up to concoct a heist to steal her ashes, and have their own funeral for her.

As the frustrations and tensions of living in a shared community house begin to close in on him, a young man with Down Syndrome seeks to end a nightly disturbance by any means available.

The judging panel for this year’s competition is made up of award-winning director and screenwriter Lenny Abrahamson, known for directing such acclaimed independent films as Adam & Paul, Garage, and What Richard Did and Room; Derry Girls creator and screenwriter of The Deceived, Lisa McGee; Mullingar-born actor Niamh Algar who stars in Ridley Scott’s major new HBO Max series Raised by Wolves; screenwriter and executive producer Ursula Rani Sarma whose work includes Delicious and Red Rock; and representatives from Virgin Media Television, Screen Ireland and the Virgin Media Dublin International Film Festival.