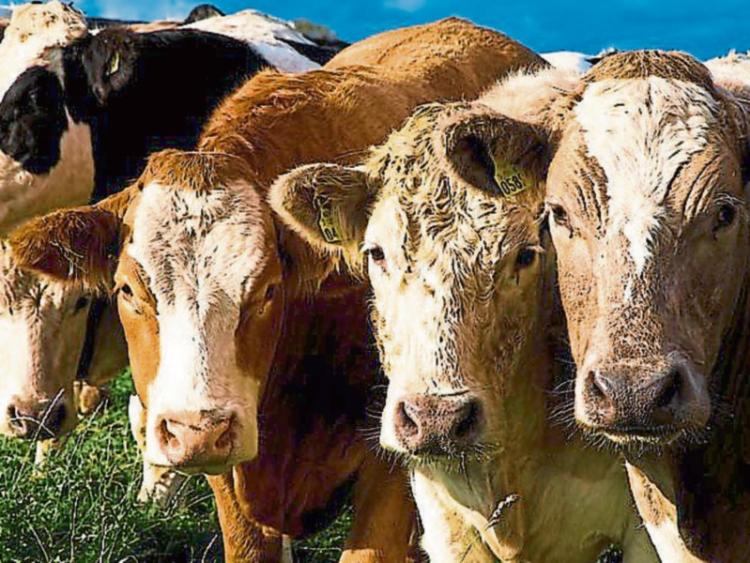 Tipperary farming: beef farmers 'must be first in line for Brexit funding'

Brexit has impacted directly on beef farmers since the 2016 referendum, primarily through the Sterling fluctuation, and this must be addressed in the €1.05bn Brexit Adjustment Reserve announced for Ireland, according to IFA beef chair Brendan Golden.

He said beef farmers must be first in line for strong and meaningful supports, without pre-conditions.

Mr Golden said that beef prices had strengthened this week.

He said steers were making €3.75 to €3.80/kg, with heifers between €3.80 and €3.85/kg in most factories. There were deals above these levels available for larger lots and Angus cattle.

Market demand was strong, driven by the high volumes of beef sales in supermarkets. Supplies were predicted to remain tight, he said.

The cow price had also strengthened this week and was ranging from €3/kg to €3.40/kg, depending on grade, said the beef chair.

Young bull prices had also risen in the past week and are ranging in general from €3.60 to €3.80/kg for O/R and U grades.

Mr Golden said while there was uncertainty around some logistical issues and access to the UK market, demand was strong and beef prices must push on and reflect market conditions.

“Market returns to beef farmers remain a long way off the break even price of €4.50/kg and this was not sustainable,” he said.

Meanwhile, ICSA president Edmond Phelan welcomed the announcement made by Minister Simon Coveney that Ireland was to receive €1.05bn in 2021 under the EU’s Brexit Adjustment Reserve.

“News that the EU Commission has proposed that 25% of this important fund should be allocated to Ireland is testament to the fact that Ireland has been, and continues to be, the country most exposed to the economic fallout from Brexit," he said.

Mr Phelan said that ICSA was committed to ensuring that Irish cattle and sheep farmers received a substantial piece of this fund.

"Uncertainty around Brexit has severely impacted prices since the referendum was passed in 2016. Those sectors are now in year five of wrangling with the severe economic repercussions of Brexit and must certainly now be a priority when it comes to allocating these supports," he said.

Mr Phelan said the signing of the Brexit trade deal in December had not eliminated the potential for Brexit to continue to impact prices for the foreseeable future.

“The deal has not signalled the end of the Brexit disruption faced by cattle and sheep farmers. The UK has long since been our biggest market and the threat of that market being displaced by cheaper imports from around the world remains,” he said.