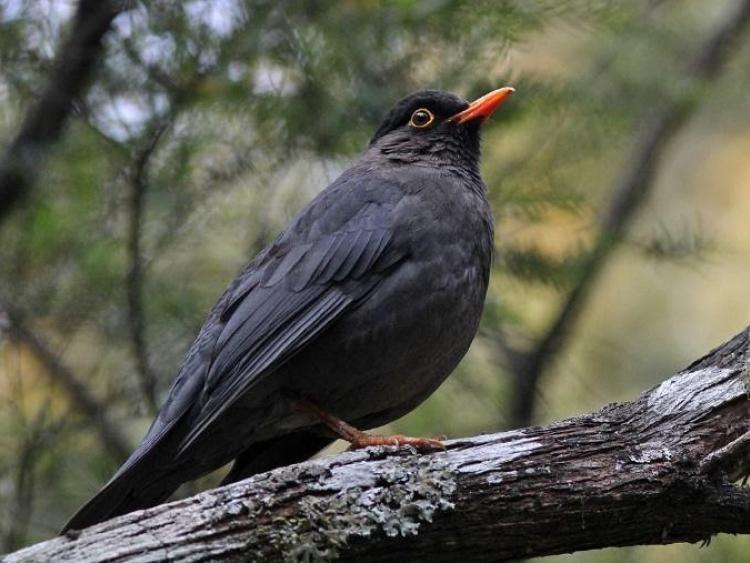 The house was living on the remains of the freezer and I badly needed to take a trip for some shopping. I decided to travel a road that I had not travelled in a long time and to take in the countryside.

While there is an air of spring in the countryside I was very surprised at the level of destruction of native hedgerows. They had been removed from the front of old and new houses and 300 years of natural history replaced with an exotic laurel or conifer hedge.

Hedgerows had also been “cut back “alongside the roads and in the wider countryside. This was done so as to render them of little use to biodiversity or benefit to the farmer.

Hedgerows are the green arteries of the natural world. Whole most are only a few hundred years old, they support a diverse range of plants, insects and birds. Other hedgerows are far more ancient and would have been left around the edges of fields, as the woodland was cleared.

Some hedges mark ancient boundaries and grow on a high bank. I know of a few of these and you can walk along the middle, surrounded by the sights and sounds of nature. One of my favourites has a mature crab apple tree, whose fruit is shaped like a pear.

Many of our creatures moved into hedgerows as their woodland habitat disappeared. Wildflowers once abundant on farmland have taken a last stand along the base of the hedgerow.

Last summer we recorded the flowers along a hedgerow near my house and the different pollinators feeding on them. Dandelions provided an early source of pollen and nectar followed by a whole host of plants. Vetches were very popular as were the bramble in late summer.

With everyone trying to help pollinators changing our management of these important habitats would have a big benefit for wildlife including bees.

This does not mean that we have vegetation hanging out onto the road to scratch cars and passing legs. Just like the pollinator plan, a neat edge with a wild background provides maximum benefit for both people and wildlife.

During the spring we also noticed lots of queen bumblebees searching for nesting locations. They will often use an old mouse burrow or if available, holes in trees or gaps in old stone walls.

After I got home and unpacked the shopping I headed out for a walk with the kids to explore my local hedgerow. This runs in front of a wooded valley and has an interesting mix of plants and birds.

As we approached the hedge we saw our first bird. A male blackbird feeding on the last of the hawthorn berries. He was a beautiful mature male with a bright orange beak and a similar coloured ring around his eye.

There were quite a few berries left till the hard frost arrived and the birds quickly devoured them.

Redwings were feeding on the ivy berries and I have never seen them before along the hedgerow. They are usually very flighty and keep to the middle of the fields.

They are so hungry that they only fly to a nearby tree, wait for us to pass before descending on mass back into the ivy. We could hear their calls as we walked by.

Even at this early stage of the year there are signs of the awakening year. Fresh leaves of cow parsley were dotted along the hedgerow base. By May these will turn the roadside hedges a milky white with their flowers.

Alder trees still have a few seeds in the cones and these are eaten by acrobatic siskins and redwings. There hazel trees along the hedge have green catkins hanging from their branches. The nuts quickly disappear in the autumn and there are a few red squirrels around who are always quicker of the mark than me.

The Rookery across the road from the hedge is normally a hive of activity but is strangely quiet today. Perhaps the rooks are foraging more in the fields, after spending a week in front of my house while snow restricted their movements.

Some plants can indicate the age of a hedgerow. Honeysuckle grows in abundance and this takes a long time to naturally establish in a hedge. The flowers release their scent to attract night flying insects like moths.

Moths are eaten by large species of bats like Leisers and this is an important part of a bats diet. Bats also use hedgerows to help them navigate between their roosting and feeding grounds.

Wild strawberries also grow in abundance and last summer there was a big crop. The fruits are small but they pack a punchy taste. We often met a neighbour pausing from her daily walk to eat the delicious fruit.

Birds also live in different parts of the hedgerow. We heard a wren singing from the base, a dunnock hunting along the wild margin, blue tit on the thin branches and a noisy robin perched at the very top.

The hedge also varies in the space of a few meters. A large ash tree casts a shade creating the ideal habitat for Hartstongue and Polypody ferns.

Hedgerows are amazing habitats and deserve to be better protected and managed. If you have little time on your hand why not keep a record of what lives along your local hedge.