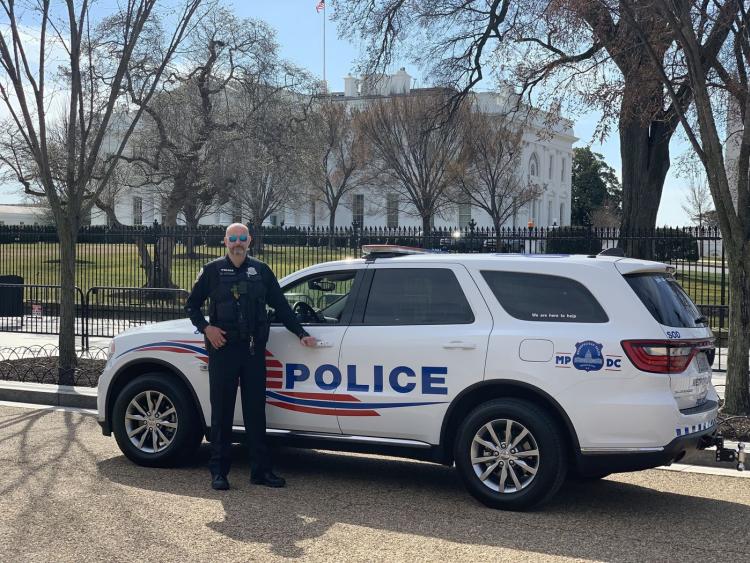 Roscrea man Mark Kirwan is living a fascinating life as a policeman in Washington D.C. and is currently serving on the front line during the Covid-19 crisis in the United States capital.

Mark, like all of us at home, watched in horror recently as a mob of violent Trump supporters and QAnon conspiracy theorists descended on Capitol Hill, but thankfully he was not working in the US capital on January 6.

Mark was front and centre for the Black Lives Matter protests in Washington DC last summer and has watched closely as the political temperature in Washington has escalated to boiling point since the election build-up.

Mark also owns and operates two very well known Irish pubs in the US capital, which are currently closed to the public during the Covid-19 pandemic and instead converted into an emergency food distribution service - which has seen Mark donate thousands of free meals to staff manning the front lines of the battle against coronavirus.

Mark, who grew up on Golden Grove Road in Roscrea and went to school in the Christian Brothers on the Old Dublin Road, is very well known in his hometown and has maintained strong links with Roscrea, which is never far from his thoughts.

During his Roscrea years Mark worked as a barman for Charlie Horan in the famous Main Street pub, Good Time Charlie's and also worked with Roscrea vet, Gary Gallagher in his teenage years.

Mark also played rugby with Roscrea RFC, before moving to Kildare in his twenties, where he worked in the Irish National Stud and in the Kildangan Stud Farm.

Expressing great concern for his colleagues and for Officer Sicknick, who died in the attempted coup, Mark explained the Capitol Police force runs an eight-block area around the building and the Metropolitan Police are not allowed to enter without permission from Congress – something that only happened later in the evening.

“They were completely overwhelmed,” he said. “There was no way the amount of officers that were there would have been able to handle such a crowd.

Mark said a full investigation must be carried out into claims people in uniform were seen taking selfies with the rioters and moving barricades out of their way.

“I think until a complete analysis of what happened and how they reacted is carried out, we can’t really give a lot of answers,” he said. “Other than the fact that it was an absolute disgrace.

“It just goes to show that it was completely, completely misread. I can give you an example. On June 1 2020, during the protests on the street, Trump had arranged for not just National Guard but for airmen to fly in from all over the country. They were deployed on the corners of the city which frustrated us a local police department because we were not notified and some of the units that came in were not wearing identification so we didn’t know if they were protesters or actually military police or whatever.

“If you look back at June and the protests and the way the Presidency reacted to that and had so many different forces deployed to counteract the protesters – it was done so well.

He said he now feels that anyone who supports Trump’s ongoing fight against the election result should be classified as a domestic terrorist.

“I would say that after this anybody who supports him or supports what he fights for; they have to be classified as domestic terrorists because you can’t siege the US Capitol Building and try and injure and hurt members of Congress, police officers and aides and whoever else was there.”

Sadly, Mark said the atmosphere in the Washington D.C. city at the moment is “very, very nerve-wracking” and admitted that incidents like that of January 6 last have made him consider moving home some time in the future.