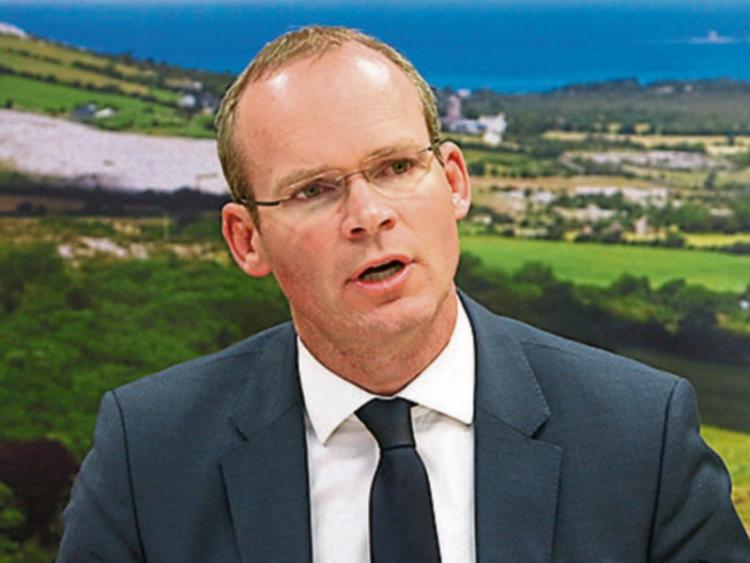 Brexit represented the most significant threat to Irish agriculture in a generation, Minister for Foreign Affairs and Defence Simon Coveney to the North Tipperary IFA agm.

Due to Covid-19 restrictions, the agm was held virtually, with well over 150people logging in to the meeting.

Minister Coveney, who was central to Ireland’s negotiation team on Brexit, said that while the UK had been part of the EU, we had been allowed sell beef into the UK as if it were the domestic market.

“Brexit fundamentally disrupts that for beef, dairy, primary food producers or packaged foods with added on value,” he said. “I wish Brexit wasn’t happening. The seamless trade in and out of UK is over.”

While the EU had avoided the worst kind of Brexit, Minister Coveney said that the new bureaucracy will be just part of life and they hoped to streamline it as best they can.

The UK market was so central to agri-food prices because of our reliance on it, he said. About 40% of our agri-food exports go to the UK. In the hugely important beef export sector more than half goes to the UK.

”We have a trade deal that avoids tariffs or quotas and we can continue to sell around €5.5bn in food and drink into the UK. Without a deal we would have faced around €1.5bn in food tariffs, and €750m in beef tariffs alone.It could have had a disastrous outcome for the industry,” said the Minister. “We have have been forced to fundamentally restructure it with Government supports.”

Minister Coveney was confident that Ireland can hold its market share, but warned that there were new risks with the British market.

“We have to think about the potential risk of the UK outside the EU and how do we react to a cheap food policy should they try put trade deals in place quickly with Mercosur, the US, other parts of the world,” he said.

“We know Irish beef, while it is really good quality and produced in a safe and environmentally sound way, is not cost competitive,” he said.

However, Minister Coveney believed the UK will still be our biggest market in five or 10 years, “but we are looking at other markets”.

“They like and trust Irish food so we need the UK market as strong as we can make it to keep farm gate prices as high as possible,” said Minister Coveney.

There would also be a lot more hassle in terms of checks, paperwork, delays and ultimately all that would mean extra costs, which could go up by as much as 10%, he said.

However, Irish food and agri-businesses were better prepared for Brexit than their UK counterparts, he said, pointing out that there were some empty supermarket shelves in parts of Ireland and in Northern Ireland.

With no border structure between North and South, the All-Ireland food economy had been protected.

But the country of origin rule will mean a lot of food produced in NI can’t be sold in EU and this will be problematic for companies.

With regard to Covid-19, the Minister said that we were are living through an extraordinary tragic period.

“I think the food sector has been quite remarkable over the last 10 months in simply getting on with business in ensuring our supermarket shelves are full and despite the challenges of Covid in the market and in the home, farm families have simply got on with the business of producing real good quality food,” he said.