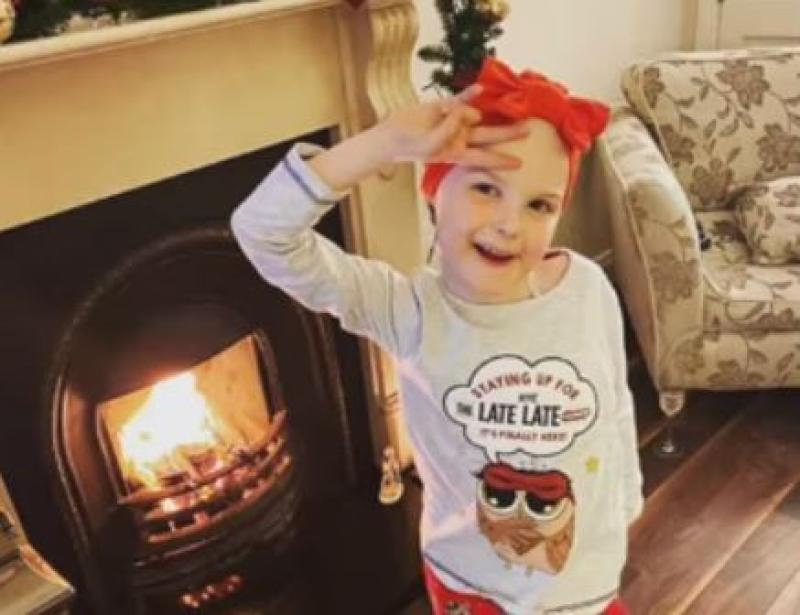 Some of the best known stars of screen and stage have come together to wish young Tipperary performer Penny O'Brien from Nenagh all the best as she battles cancer.

Singer, dancer and actor Penny, who is just six years old, is a member of Musical Theatre Academy Nenagh, set up by local woman Stephanie Browne. Her sisters Emma, 10, and Abi, 9, are both students of our academy.

Penny, whose parents are local accountant Kevin, and Sinead, who works in media, found out last May that she has a cancer called osteosarcoma in her leg.

She has been having chemotherapy since and had a big operation in August. She is still having chemo and has to spend a lot of time in Crumlin Children's Hospital.

"She is so positive as are her parents and is such a fighter," said Stephanie.

The group performed online in their annual concert, but, unfortunately, Penny could not take part. However, the group put together a video which they shared online to allow Penny feel as involved in their online concert as the rest of her classmates, while also showing her how amazing and brave she is, said Stephanie.

And the video included best wishes from some of Ireland's best known stars names, including local sports stars Barry Coffey, who plays football for Celtic, and Tipperary hurler Barry Heffernan.

"Everybody feels for you and are amazingly proud of you," said Barry Coffey, while Barry Heffernan wished Penny the best of luck in overcoming her illness.

Irish boxing champion and Olympic gold medal winner Katie Taylor said: "I think you are so brave and inspiring. I am so proud of you."

Also sending good wishes was RTE broadcaster Claire Byrne, who wished Penny the "very best", and said everybody in RTE wished her well.

Late Late Toyshow sensation Adam King sent Penny a letter and a virtual hug, while Dancing with the Stars and Fair City actor Johnny Ward said her courage and bravery were "second to none. We are all thinking of you."

He was joined by fellow Dancing with the Star participant Dayl Cronin of Home Town who also sent his best wishes.

Nathan Carter described Penny as "so brave and so inspiring" and told her to "look after yourself".

Top children's author David Walliams said: "I send all my love to you".