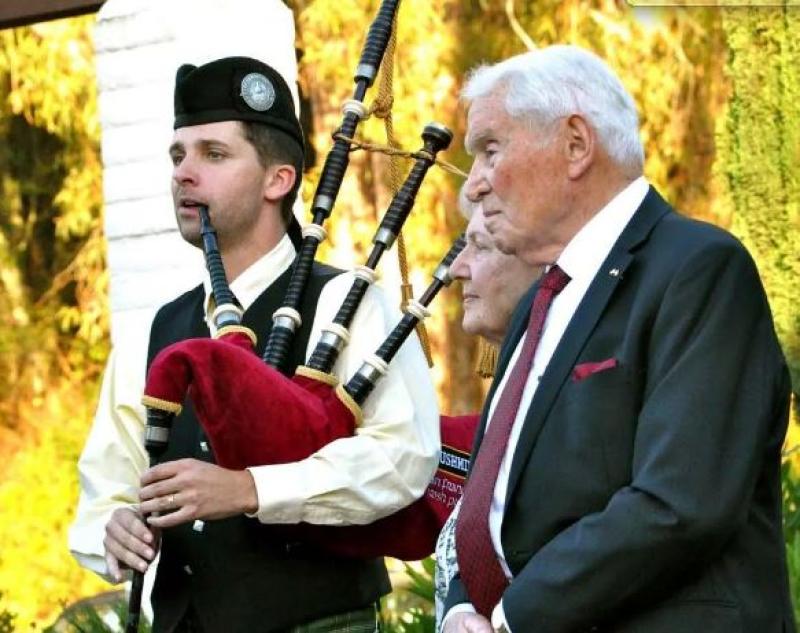 Nenagh man John Moylan, who was a major figure in Irish American life in San Francisco for 70 years, has passed away aged 92.

The Rathnaleen, Nenagh native moved to the US in 1951 and within days of landing in San Francisco began work as a plasterer. Nearly 20 years later he became the business manager of Local 66 of the Plasterers International Union.

His leadership skills quickly helped him move into a distinguished career in politics.

Mr Moylan served as president of the Golden Gate Bridge and was on the board of directors there for over 20 years. He was the original advocate of a median barrier on the bridge in a bid to reduce the number of suicides taking place there every year.

Mr Moylan was also an organiser of the St. Patrick’s Day parade in San Francisco.

The Nenagh man was held in high esteem by a wide section of the San Francisco community and was even honoured by the city with his own special days.

In 1993, San Francisco Mayor Frank Jordan held a John J Moylan Day on March 16. That honour was again accorded to John by the Mayor of San Rafael on March 16, 2008.

He was also highly regarded by his hometown of Nenagh and never forgot his Tipperary roots. In 2009 he was honoured with a Civic Reception by Nenagh Town Council.