Tipperary On Film online at The Source Arts Centre 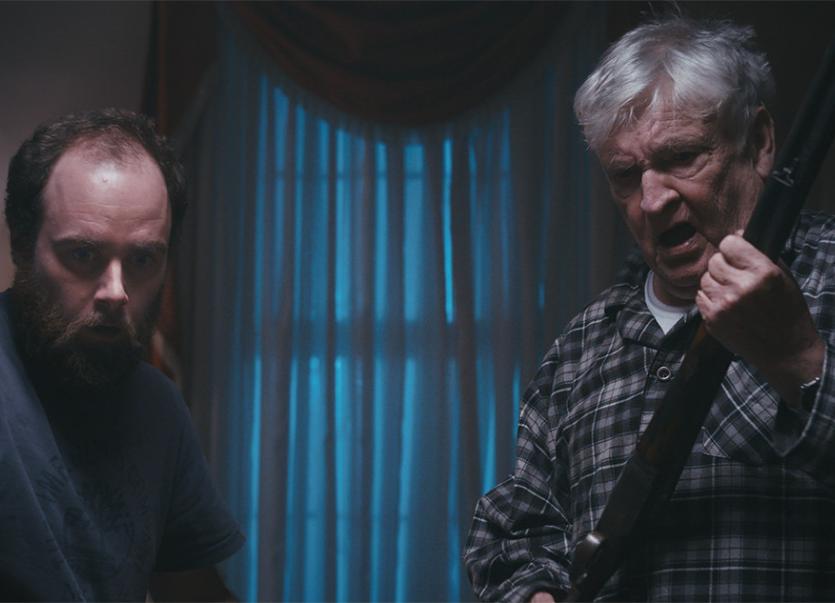 Aidan Crowe and Pat Laffan in Laid To Rest

Tipperary On Film returns online at The Source Arts Centre this month.

Film screenings at the Source Arts Centre go online from this Wednesday, February 17 with a season of films entitled Tipperary on Film.

Screening first is the short film 'Laid To Rest' by director Tiarnan O'Sullivan and starring Pat Laffan. The session will include the screening followed by a discussion with the director. With family from Tipperary, Tiarnan is based in London.

'Laid To Rest' was shot in Golden Co. Tipperary in 2019. The film is a dark comedy about a family gravesite that has to make room for an unexpected visitor.

Tiarnan is busy working in the film industry in London and has completed a number of short films. Despite lockdown in London he was recently working on the Apple TV series 'Trying' as a 2nd Unit Director until the set closed because of increased restrictions.

Tipperary On Film will be an ongoing series of events, chat and film screenings each Wednesday at 8pm.

Director at The Source Arts Centre, Brendan Maher says: "we're delighted to be able to bring these films to a wider audience online and get a chance to chat to the directors involved. There is a lot of film activity going on in the region, and this is an opportunity to see some of the best of it. Some of it is fiction, sometimes music video or commercial work. We're also going to delve in the history of filming around the county in one session and in others look at some of the technical aspects of filming as well as meeting the people involved in those areas."

Registration is required in advance for all Tipperary On Film screenings at the Source Arts Centre, which are presented on Zoom. Information/Links are on the website: www.thesourceartscentre.ie