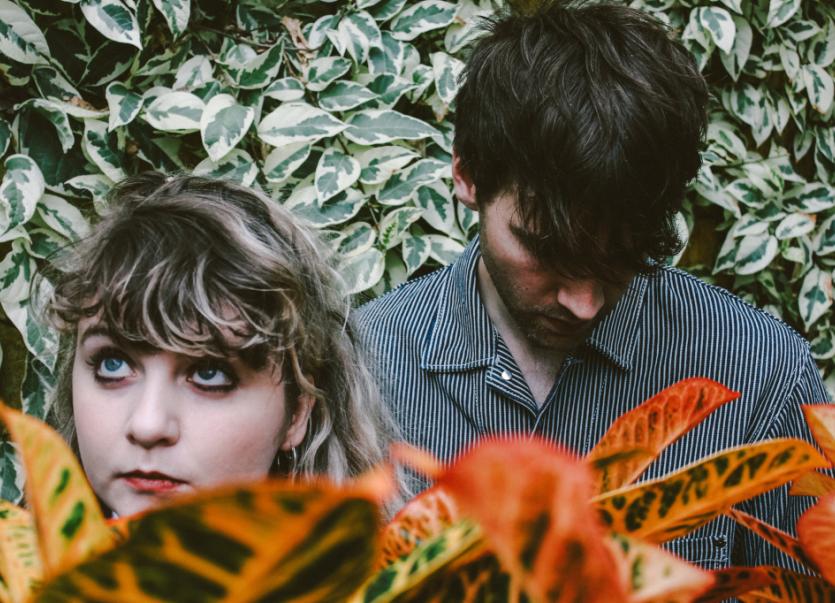 Joe Geaney and Laura Sheary who grew up in Nenagh, make up the dynamic Kyoto Love Hotel, recently voted By Hot Press magazine as one of the best new acts to watch in 2021. They recently launched ‘Saithnín’ – a new track, part of a number of new long-form musical pieces commissioned by the Source Arts Centre.

Laura from the group says: “We wanted to use this opportunity to create something a bit different stylistically for us and to experiment with form. The result is part poem, part song and part instrumental. Rather than focus on literal meaning, we approached it as an exercise in atmosphere and scene setting. It ties into a piece of writing I'm currently working on that focuses on characters in a rural Irish town. As Gaeilge, the word saithe translates as swarm. Saithnín then, explores the idea of the swarm as something positive, as togetherness.”

Whilst growing up in Nenagh, they now share music, sounds and words with one another from their respective homes in Cork and Belfast. They create expansive, atmospheric songs that document the constant back and forth between inner world and exterior landscape with introspective, reflective lyrics with alternative-pop sensibilities.

Saithnín was launched live on Thursday, February 25 via a Zoom webinar, where the song was premiered, followed by an interview with the band.