Centenary of two War of Independence fatalities in Borrisoleigh 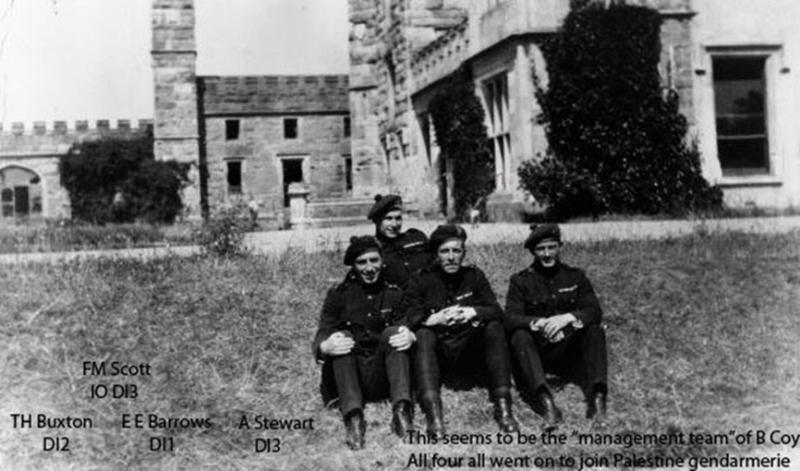 George Sweeney was born in London in 1896. He served in the British army during the First World War.

Like many unemployed ex-servicemen, he joined the Royal Irish Constabulary in 1920 as the British Government attempted to reinforce the police force for the fight against the IRA.

These late recruits were known as the ‘Black and Tans’ and have an enduring reputation for their excesses (deserved in some cases, but not all) during the War of Independence.

Stationed at Templemore, on January 30, 1921 George Sweeney was part of a mixed patrol of military, RIC and Auxiliaries that was in the process of conducting a search of Ross Cottage, an unoccupied farmhouse, situated about two miles on the Nenagh road out of Borrisoleigh.

When they approached the door of the unoccupied dwelling, a member of the Auxiliary police based in Carden’s Abbey in Templemore, Cadet Evans, banged on the door using the butt of his rifle. The weapon went off and the bullet struck the unfortunate Sweeney who was standing about three yards behind, fatally wounding him.

The Court of Military of Inquiry conducted into the event found no wrongdoing, nor did it attached blame to anyone for George Sweeney’s death. But it did emphasise that the practice of using rifle butts to break open locked doors was not recommended, curiously not on account of the tragic consequences that might befall as in George Sweeney’s case, but because of the damage that might be done to the weapons!

The unfortunate George Sweeney was a Roman Catholic, born to Irish parents living in London. The press report at the time stated that he had been to confession just a few hours before his tragic death.

The death of John Stapleton

On February 21, 1921, an RIC patrol from Borrisoleigh was fired on by the IRA while patrolling in the vicinity of Rathcarden on the Upperchurch road out of Borrisoleigh.

On the following day, a motorised patrol under the command of District Inspector E. E. Barrows set out from Templemore to further investigate the incident. Barrows and his group were members of B Company of Auxiliary Division of the RIC, based in the Abbey at Templemore. They were ex-military officers from the Great War and were more commonly known as the “Auxiliaries”.

At a subsequent Military Court of Inquiry that investigated the death of John Stapleton, Barrows testified to searching the property of Thomas Ryan (Tim) at Rathcarden. In a barn, he found an “IRA water bottle” and haversack. On questioning the occupants of the house, one man gave the name of “John Ryan”. Not being satisfied as to the man’s true identity, Barrows ordered that he be detained and held for further questioning.

On hearing this order, the Officer stated that the man jumped a three foot high wall and despite being called on to halt, crossed the road and made his escape. At this, Barrows ordered his men to open fire on the fugitive. Section leader Marshall confirmed his superior’s account. Barrows further testified that, despite conducting an extensive search, they failed to find the man.

The man at the centre of the incident turned out to be John Stapleton from nearby Coursepark.

Despite being seriously wounded, he made his way along by the banks of the Clodagh river, by the well known bathing spot, “the sandtrap” and on towards the bridge at Pallas. At approximately this point he met his cousin Mary Stapleton, a member of Cumann na mBan. She took the wounded man to Pallas House, where she resided with her family. She organised transport for the badly wounded man to Thurles workhouse hospital.

John Stapleton was visited in the workhouse hospital by Sergeant Michael Donohoe of Borrisoleigh RIC, who identified the gravely wounded man. John Stapleton died of his wounds there on February 26, 1921. Immediately following his death, the remains of John Stapleton were laid to rest in the graveyard of Thurles workhouse.

Dr. Martin Callanan in his evidence documented the bullet wounds received by Stapleton. One bullet traversed the kidney, liver and base of the right lung. A second bullet penetrated his groin, causing much internal damage. The Military Court of Inquiry, presided over by Capt. A Thornley of the Northamptonshire Regiment sat at Templemore on March 5, 1921.

On the evidence presented, it determined that the cause of death was as “result of gunshot wounds received” and that these fatal shots were lawfully discharged by members of B Coy ADRIC at Rathcarden in the course of their duty. It was also noted that the body was not viewed by the inquiry as it had already been interred.

Sadly, the house known as ‘Ross Cottage’ was associated with a number of tragedies during those troubled years. Just a few weeks after George Sweeney was shot dead there, a sixteen year old youth, Martin Bourke, who had grown up in Ross Cottage was shot dead.

During the Civil War, three local Anti-Treaty IRA men, Martin Shea, Pat Russell and Fredrick Bourke were surrounded in Ross Cottage and taken prisoner by the National Army. They were tried and convicted for being in possession of weapons and ammunition and were executed by firing squad in Damer House, Roscrea on 15 January 1923.