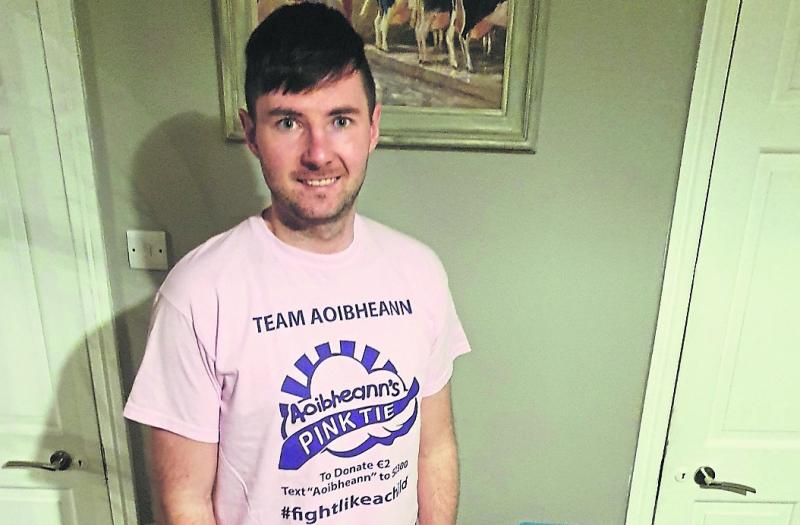 A 27 years old Templemore man is on a twofold mission at the current time, fundraising for two “amazing charities” while at the same time keeping positivity flowing in the current Covid-19 circumstances.

Alan O'Riordan, the second youngest in the family of Michael and Imelda O'Riordan, has opened a GoFundMe page where he details how he is replicating the “Seven Summits” Challenge.

Alan has already commenced the challenge and reaction to the fundraiser has been extremely supportive to date.

Alan's challenge is to replicate a climb on the highest peak on each continent but within his 5km radius.
The Devil's Bit Mountain is in his radius and he plans to trek and up and down the required number of times until it equals the height of each peak.

For example, the Devils Bit Mountain is 479m high and Everest (highest peak) is 8,849m high so he will have to walk from the bottom to the top of the Devils Bit approx 18.5 times to complete this peak!

Alan was educated at Our Lady's Secondary School, Templemore before going to college in UCC where he studied a Masters in Management and Marketing.

He currently works for a company called Baker Finn Recruitment, who are a specialist recruitment agency, recruiting people in the pharmaceutical and medical device industry. In the current climate Alan acknowledges that the firm is understandably “very busy.”

Alan is a big GAA fan and has played for JK Brackens throughout his life. Last year he moved to a club in Dublin called St James Gaels as he was working up there at the time.

“Last year, I also did a fundraiser throughout Lent where I decided I would run 500km throughout this time to raise funds for Pieta House and ended up raising €6,000”.

His latest fundraiser has already helped to raise €4,555 after just two weeks. The money raised will be divided equally between Aoibheanns Pink Tie and Barretstown, who help very sick children and their families.

“These two charities were chosen after being recommended to me by many different people. Thankfully myself or my family have not been affected and needed to use these charities but we never know what could happen down the line and I would like to know that facilities like these are operational and available should people require them”.

Alan says “While doing the climbs, some of my friends have done them with me. The aim of the fundraiser is to raise awareness and funds for these charities but at the same time, to keep the positivity flowing as there is so much negativity out there currently. People like to hear good news and the hope is that when people are following my journey, they will be motivated to do well and focus on positivity rather than all the doom and gloom!”.

Alan has decided that he will complete one peak a week, every Saturday, for the 7 Saturdays in Lent. He will start and finish each peak on the same day.

People can follow the journey on his instagram - alan.o.riordan5 where he will be putting up pictures on his story and driving the fundraiser.

The link to the GoFundMe page where it explains the fundraiser in detail is - https://www.gofundme.com/f/7-peaks-in-7-weeks-conquering-everest.