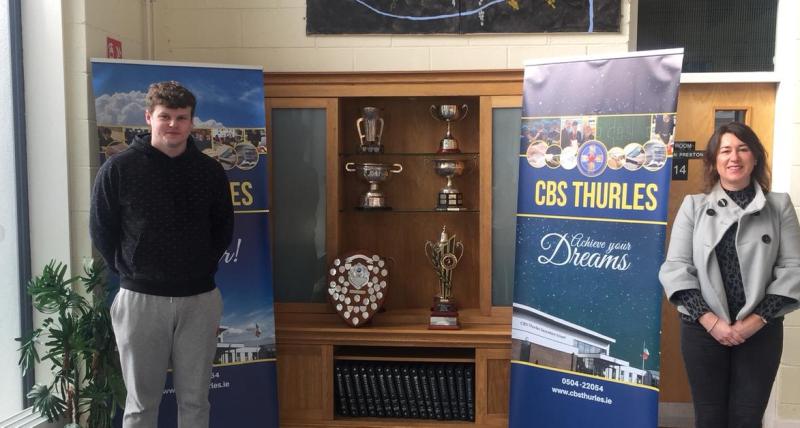 Twenty year old Sean, who is one of the top hammer throwers in the country, was awarded the scholarship earlier this year and is due to take up his place in the US this September.

Sean, who finished his secondary school education at Thurles CBS last May, has been a member of Moycarkey Coolcroo AC since the age of six. In the US, he will combine his athletics training with his studies where he is hoping to complete a degree in physical therapy.

Indiana Bloomington is one of the States leading research universities and boasts an illustrious list of graduates, among them Irish President Michael D. Higgins.

While his main event is the Hammer competition, Sean also competed in Weight for Distance, Weight for height, Discus, Shot Putt and Relays. In his last three years in the CBS alone, Sean won 28 gold, three silver and three bronze medals for the school.

Throughout his sporting life, the Two Mile Borris native has secured several National titles and has represented Ireland on a number of occasions, most notably at the 2019 European U20 Athletics Championships in Sweden.

Sean's personal best throw for the 7.26kg Hammer was attained in July 2020 at the Leevale Open Sports Meet in Co. Cork with a distance of 65.79m, setting a new Tipperary best having surpassed the great Olympian Matt McGrath of Nenagh who held the record since 1911.

In 2019 he threw a new record in Schools Senior Hammer of 67.14 in East Munster, a record previously held by Gary Halpin of Rockwell College since 1984.

During his time in CBS, Sean also impressed with his skills on the basketball court achieving many accolades with his school teammates. He was the leading player of the 2016 Under 16 basketball team who won the All Ireland in both league and cup with Sean winning the MVP award in both games.

His basketball talents also landed him a place on the midlands panel. In addition Sean was a valuable coach to the U19 squad during his time with the school.