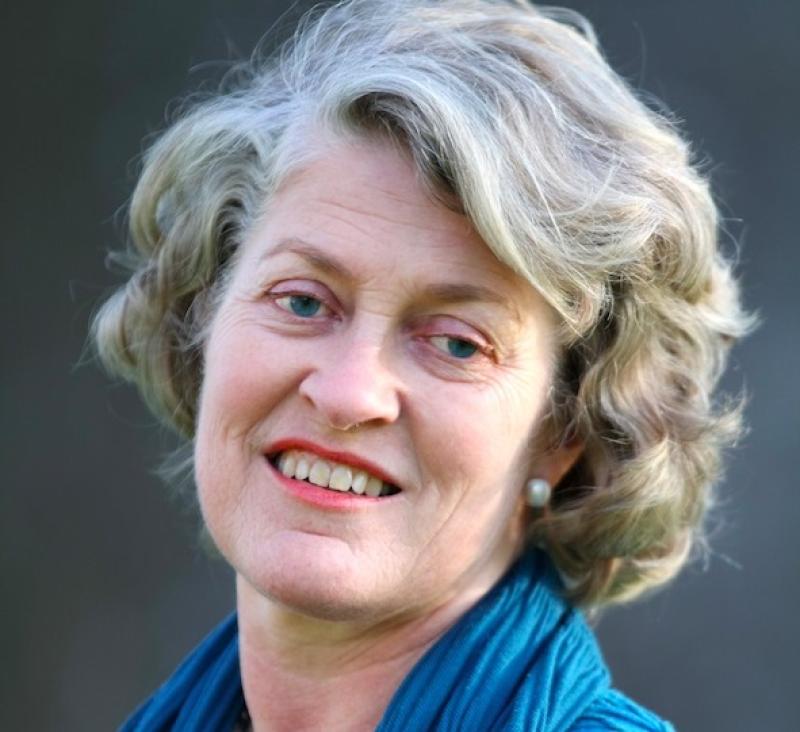 As Lifeboat Operations Manager, Christine will now be responsible for managing all operational activities at the lifeboat station, as well as authorising the launch of the lifeboats.

Christine is a graduate of the Royal College of Surgeons in Ireland. She worked as a Consultant Geriatrician at Nenagh Hospital from 1993 until she took early retirement in 2017.

Christine is a former President of the Irish Medical Organisation and has been a columnist with the Medical Independent since it was founded in 2010. She continues to write occasional columns on medical politics or living in the lakeshore village of Dromineer.

For relaxation, Christine enjoys reading, attending to her garden, walking with her dog and recently she has returned to playing the piano.

Christine joined Lough Derg RNLI in 2019 as a volunteer Deputy Launching Authority. Her new appointment carries significant added responsibilities, and, as she settles into her role, she is receiving support and guidance from Owen Medland, RNLI Regional Lifesaving Lead for Ireland, Peter Harty, RNLI Area Lifesaving Manager (ALM) for the East of Ireland, and Helena Duggan, RNLI crew Assessor Trainer.

In addition, Christine has the support of a team of dedicated volunteers at the station.

Christine makes the observation that while the visible part of an RNLI’s station operations are the volunteers going out on rescues, what is less apparent is that ‘behind the scenes, there’s a large organisation across Ireland and the UK, working to keep our lifeboat, Jean Spier, in top condition and keep our volunteers safe through the best equipment and training’.

She is confidently tackling the challenges of managing the lifesaving activities of the station during the pandemic and is full of praise for the charity’s innovative approach to online training and the good cheer and collegiate nature of the volunteers that keeps morale buoyant until crew return to afloat training.

Of her appointment, Peter Harty says the ‘RNLI is delighted that Christine O'Malley has joined our life saving team in Lough Derg as LOM. Already a highly respected member of the Station, Christine brings a wealth of leadership and management experience from her medical career.

Christine has come onboard as we progress towards a year in which we anticipate a high volume of ‘stay-cationers’ enjoying Lough Derg.

Christine is an exceptional lady; she cares deeply about the RNLI and our volunteers - we are delighted she is giving her time and energy to this uniquely rewarding volunteer leadership role.’

Christine is pleased that, for the time being, Liam Maloney is staying on at the station as a Deputy Launching Authority. Liam, a former Headmaster at Carrig Primary School, continues to be one of the most formidable competitive dinghy sailors at Lough Derg Yacht Club.

Liam has been a volunteer with Lough Derg RNLI since preparations for the station began in 2002/3, when he made the assembly hall at his school available for meetings and classroom training for crew. He says that as he was outside the age to volunteer as crew, he became one of the Deputy Launching Authority’s when the station went live for service in 2004.

In 2015, Liam took over from Pat Garland as Lifeboat Operations Manager.

He says he’s delighted to see so many locals now volunteering as crew at the Station, and says ‘I appreciate what the RNLI is providing for Lough Derg. Planning for a new station took a lot of my time and effort. I look forward to a modern permanent amenity’.

Of the volunteer crew Liam says it was ‘always very rewarding to see crew coming back from a Shout with smiles on their faces having done a good job. Their commitment in time spent training and being available has to be commended’.

For many years, the RNLI and the lifesaving work of its volunteers, have enjoyed the strong support of the people of Nenagh, through the tireless efforts of campaigners in the RNLI's local fundraising committee.

The RNLI is a charity that saves lives on the water and endeavours to prevent drowning through its many educational programmes. It does not receive Government grants and relies entirely on the contributions and legacies from the public to continue its vital operations.

Lough Derg RNLI is one of forty-six RNLI lifeboat stations operating in Ireland. After identifying a need, a local application to station an RNLI lifeboat on Lough Derg, led by Charles Stanley Smith (the first Lifeboat Operations Manager), and Teddy Knight, became reality, when, on May 25, 2004, the Lough Derg RNLI Lifeboat officially began service.

In the preceding year and a half, volunteer crews and members for the Operations Committee were recruited, and underwent intensive training on the water and in the classroom with RNLI Divisional Trainer Assessor Helena Duggan - our Trainer Assessor to this day.

The Lough Derg Lifeboat Station continues its lifesaving operations from the premises of Lough Derg Yacht Club at Dromineer, midway down the east shore of the lake in County Tipperary.