€9.5 million investment to regenerate the town of Nenagh 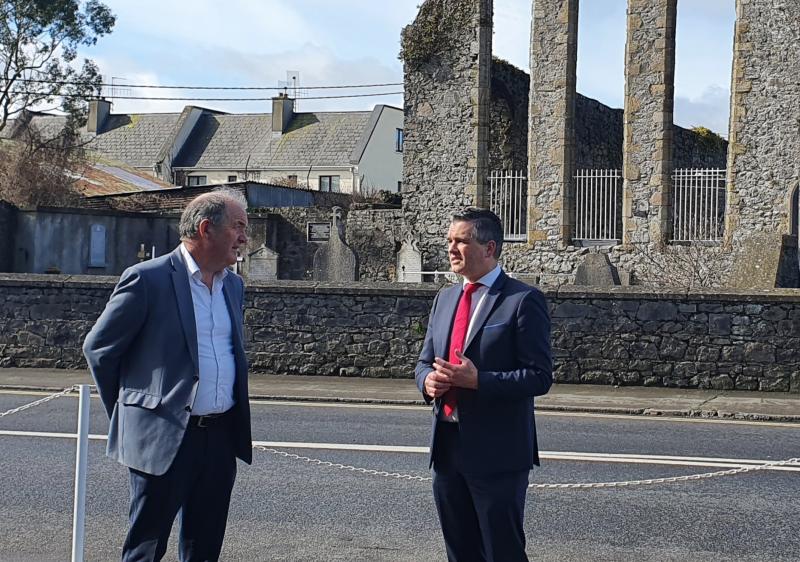 Nenagh is set for a welcome funding boost following the announcement of €9,525,000 to regenerate the town under the Urban Regeneration Development Fund.

The plan aims to regenerate a 10 hectare brownfield site within the urban core at Martyr's Road.

The first phase of the development will consist of the construction of a Net zero building to accommodate the Centre of Excellence for Sustainable Energy along with associated road and street infrastructure including cycleways, pedestrian linkage and connectivity.

The second phase of the project will consist of the construction of a mix of two and three storey residential units and the delivery of an educational campus/training centre co-located with the Centre of Excellence for Sustainable Energy.

The third and final phase will involve the development and integration of the remaining lands for commercial, retail and additional residential development. The 1565 sqm centre will be Ireland’s very first New Zero Embodied Carbon Building which will produce more energy than it uses.

The centrepiece of this development will be the master planning and complete regeneration of the Martyr’s Road Quarter into a multi-functional neighbourhood involving the creation of a new Civic Space adjacent to the Franciscan Friary with low-carbon housing in a mix of two and three storey buildings with a new educational campus and training centre co-located with the Centre of Excellence for Sustainable Energy.

Welcoming the announcement Senator Garret Ahearn said: “I have worked with Tánaiste Leo Varadkar, Minister of State for Local Government and Planning, Peter Burke, Minister for Housing, Local Government and Heritage Darragh O’Brien and Cllr Ger Darcy in promoting this project for Nenagh. The support from the URDF for our communities in Tipperary is more vital than ever with the growth in remote and blended working which means more time spent at home locally, reduced time spent commuting as well as a boost for local businesses.”

“The application for the Martyr’s Road site, made under the Urban Regeneration and Development Fund (URDF), had been viewed as very significant by the Government.  This fund can unlock the potential of our urban areas, making the best use of land available, promoting sensible development and compact growth, and ensuring that urban communities are attractive and vibrant places in which to live, work and visit,” Senator  Ahearn added.

Deputy Alan Kelly described the announcement as a “great day for Nenagh”, adding that Nenagh is one of the fastest growing towns in the Midwest and the new ‘Centre of Excellence for Sustainable Energy’ will serve as one of the main catalysts in the transformative urban regeneration of Nenagh Town centre.

“I am keen to see the work begin on the regeneration of this part of the town. It builds on the work that I started in Government by bringing natural gas to the town which gave Nenagh its competitive edge. I have worked with the Department of Housing and Tipperary County Council to secure this funding. I would like to commend the project partners Tipperary County Council, Tipperary Energy Agency, North Tipperary Development Company, Community Power, Limerick Institute of Technology and SigaHydro for their work in developing this Centre of Excellence. They have been fantastic,” he said.

Deputy Michael Lowry also welcomed the announcement describing it as a “transformative public-private urban regeneration project that builds on the established economic cluster of sustainable energy agencies, businesses and professionals in Nenagh, Tipperary and the region.”

The project also provides funding for works and enhancements to Friar Street Civic Plaza, Martyr’s Road Town Park and Martyr’s Road streetscape improvements, including cycleways. The strategy is to prioritise pedestrians and cyclists within the location and to include the creation of public spaces that foster interaction between residents, neighbours, workers, students and visitors alike.