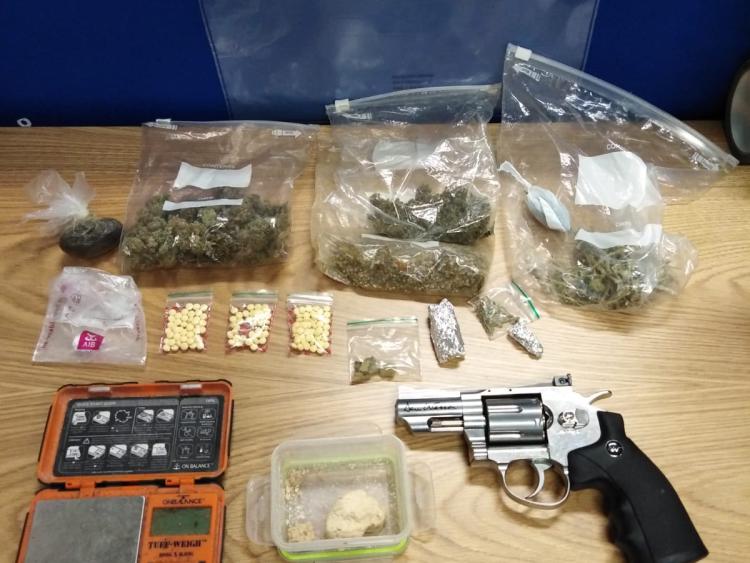 Gardaí seized €2,100 worth of suspected drugs and a suspected imitation firearm in County Tipperary on Thursday, April 1.

Gardaí from the Clonmel District Drugs Unit, Detective Unit and Community Policing Unit, assisted by the Southern Region Dog Unit, executed a search warrant at a house on Fethard Street in Mullinahone.

During the course of the search, gardaí seized cannabis herb, cocaine, amphetamines and tablets with an estimated street value of €2,100. Gardaí also seized a suspected imitation revolver. All of the seized items will now be sent for analysis.

A man, 20s, was arrested at the scene and is currently detained under Section 4 of the Criminal Justice Act 1984 at Clonmel Garda Station.